Yes, this is a really old update, but my new buddies, Pat & Ted Baer, from Pennsylvania just sent some photos from my spring break in New Orleans. 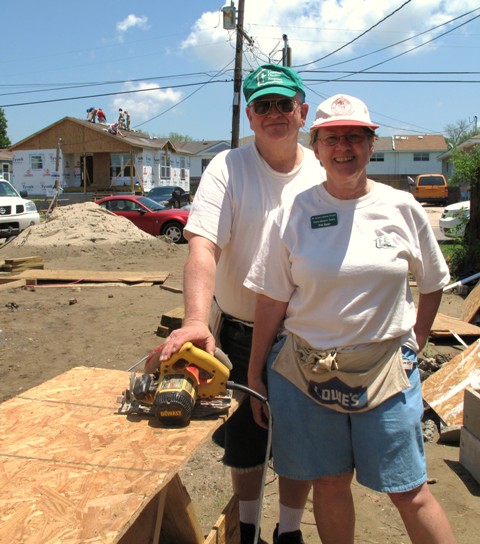 Dan Skold has been living and working in New Orleans for the past 3 years, helping to rebuild New Orleans as a super intendant with Habitat for Humanity.  At any given moment, Dan is responsible for 8 to 10 new builds.  I got down to New Orleans earlier this spring to visit Dan and do a little new home construction on the side. 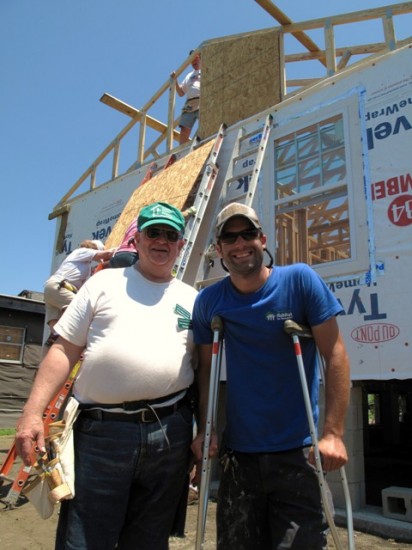 Dan was crippled this spring with a torn ACL playing soccer, but has since recovered enough to ride his bike across France for a little “pre-Tour” Tour.  I’m fairly certain he just faked his injury to get a few extra days off of work. 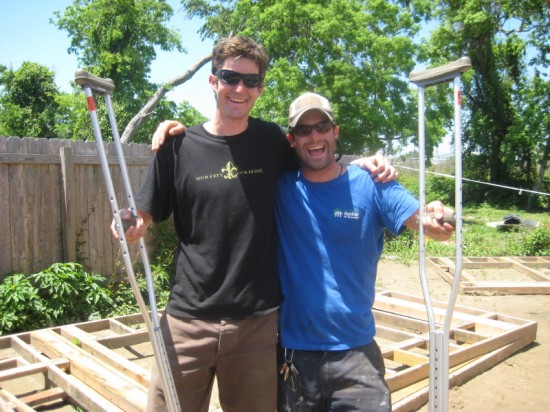 See, he doesn’t even need those crutches.  My two new favorite football teams after my trip to New Orleans?  The Packers & the Saints.  Who dat?!