I sort of just stumbled across these graphs accidentally.  If there’s a point to them, it might be that this is what happens when you have a small ski team that manages to produce a really, really fast skier (or two).

You hold on to them for as long as humanly possible. 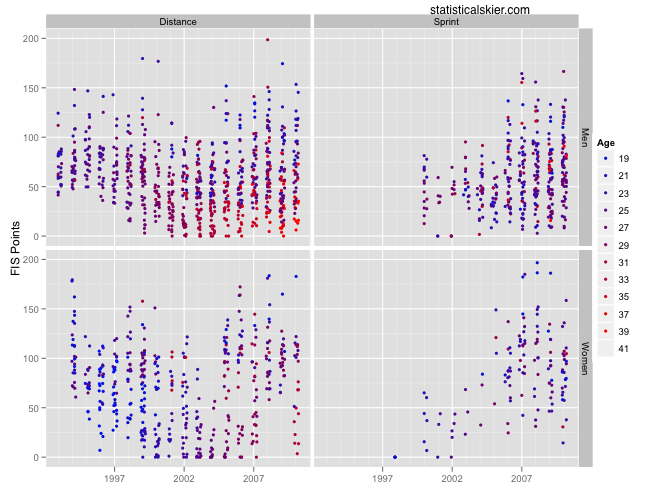 All I’ve done here is plot the FIS points for all Estonian skiers in major races (WC, OWG, WSC) and varied the color of the dot with the age of the skier.

You can literally watch the Estonian ski team aging!  (I’ve used FIS points for sprinting as well, just for a change of pace.)  Just how long will Andrus Veerpalu and Jaak Mae ski for?  What will Estonia do when they retire?  The world awaits an answer…

Estonia is a pretty extreme case, though.  France, for instance: 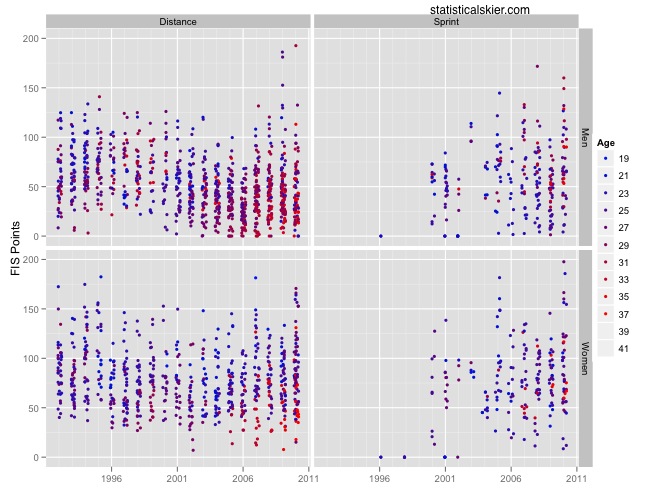 France has considerably more skiers than Estonia, including some fast younger skiers like Maurice Magnificat.  On the men’s side, the aging we see is from a combination of Vittoz, Jonnier and Rouselet, all of whom are over 30.  For the women, it’s mostly just Karine Philippot.

a day away from the range