Estonian Andrus Veerpalu has competed in every Olympic Games since Albertville in 1992. In Vancouver, at 39 years of age, he contested only the 50 k classic mass start, finishing sixth. Many assumed that it would be one of his last races.

This year, Veerpalu will be focusing on the World Championships in Oslo, Norway; in particular, he plans to peak for the classic distance races. There is no reason to believe that he won’t be in top form, so the competition should take note.

He will also be contesting general World Cup races and the Tour de Ski. Veerpalu is slated to begin his season in Muonio, Finland next week, where FasterSkier sat down with him to talk.

Veerpalu is an intensely private man, and it took some work to convince him to grant FasterSkier an interview. We posit that this reluctance to become a media personality is the reason that many fans don’t know much about him, especially compared to his more colorful competitors who have embraced the spotlight. Veerpalu is shy, gracious, and earnest, and takes his training very seriously. In our observations, his reticence is clearly a deeply-ingrained part of his personality, and should not be misunderstood.

Veerpalu may be quiet in public, but he definitely has a playful side and enjoys the finer things in life. After the interview was complete, FasterSkier watched him take the wheel of the Estonians’ Mercedes-Benz team car and rally it around a snowy parking lot before zipping off down the driveway.

Veerpalu’s career has been not just long, but also illustrious. He has two Olympic gold medals from the 15 k classical events in Torino and Salt Lake City, and a silver from the 50 k classic in Salt Lake, as well as two golds and a silver from World Championship races. All of his medals come from competitions in the classic technique, and if you see him ski, you’ll understand why: His technique is flawless, and it has made him one of the best classical skiers of the last decade.

Not surprisingly, Veerpalu holds a number of records. His six Olympic appearances tie him for the most ever by a cross-country skier. His two gold medals tie him for the title of most successful Estonian Olympian, and his three medals overall are only matched by recently retired teammate Kristina Smigun-Vahi. In addition, his gold medal in the 15 k classic race at 2009 World Championships in Liberec made him the oldest world champion in the history of the sport.

Because he does not speak either English or Russian confidently, the interview was conducted with two translators. First, Veerpalu would reply in Estonian to his coach, Mati Alaver. Alaver would then translate into Russian for Craftsbury Nordic Ski Club coach Pepa Miloucheva, who would translate the responses into English.

Veerpalu was reserved and didn’t speak at length on most issues. However, the gaps were easily filled by Alaver, and in many cases, the two would converse back and forth as they answered the questions. As a result, it wasn’t always entirely clear which part of the responses came from Veerpalu, and which came from Alaver.

FasterSkier is grateful to Veerpalu for agreeing to the interview, and to Miloucheva for making it possible.

Veerpalu began his athletic career as a swimmer, and competed in that sport until he was 13. At that point he picked up competitive skiing – Veerpalu had been on skis with his parents since the age of four, but he had never taken it seriously. Throughout his teenage years, he maintained and interest in other sports.

At the age of 18, Veerpalu was training for running marathons. He was also an excellent triathlete, but because Estonia didn’t have a sports federation at that time, he could not compete at World Championships.

Veerpalu said that when he was young, there wasn’t much of a skiing culture in Estonia. However, the World Championships would be broadcast on TV from Falun, Sweden, and he watched Gunde Svan closely and emulated his technique.

After Estonia broke off from the U.S.S.R., there was no ski federation and no support for skiers. The Finnish Ski Council took pity on Estonian athletes and funded a camp for them in the town of Levi before the Albertville Olympics, and it was there that Veerpalu met Alaver. The two have worked together ever since, and Alaver is now the head coach of the Estonian national team.

Albertville was Veerpalu’s first Olympics. The Estonian team consisted of him and three other skiers, with Alaver as the only coach. Alaver waxed skis and provided all the race support, and the athletes were on Visu skis, which are cheap skis made in Estonia. Alaver said Veerpalu had an excellent performance in the 10 k, one of his best, but because of the lack of resources for waxing and skis, the result was lackluster and Veerpalu’s achievement was not recognized (he finished 21st).

Many might consider Veerpalu a late bloomer, but his stories indicate that this is not exactly true. He was only twenty-one years old at Albertville, and skied a strong race. He had unimpressive performances in Lillehammer in 1994, but in Nagano in 1998, he finished 8th in the 10 k classic race, foreshadowing his future Olympic success.

Veerpalu said that part of the reason that he developed into such a strong skier is that his coaches were very smart when he was young, and didn’t push him to develop too fast. He said that he had an excellent situation with coaching from the start.

When asked whether Alaver and Veerpalu would ever work separately, the answer was a definitive “no.”

Veerpalu attends all of the Estonian team camps, and because he lives near Otepaa, the Estonian winter sports capital, he can stay longer and train at the ski center there. He says that the setting is ideal for training.

Here in Muonio, Veerpalu can be seen out on the trails even after his teammates have finished their workouts and gone inside. I asked him about his training volume, expecting to hear some gargantuan number.

What I heard instead was about what I would expect for an athlete at this level: roughly 850 hours each year. Veerpalu and his coach have determined that between 830 and 870 hours is ideal; they have never crossed the 900 hour mark, because every time Veerpalu gets close, he “doesn’t feel good.” The magic number, they said, was 850 hours, which translates to 11,500 kilometers – Europeans don’t use hours to measure training.

What makes this number really impressive, though, is that he estimates that his training load has been constant since 1991. That means that since his first Olympics, Veerpalu has trained more than 15,000 hours, or 218,000 kilometers – enough to circle the globe five times. That’s some serious volume.

To avoid injuries, Veerpalu does cross-training. However, he also notes that as skiing is not an impact sport, the incidence of injury is much lower than if he had been training a similar number of hours in another sport. Some of Veerpalu’s cross-training activities include mountain biking and canoeing. In April and May, these make up a large part of his training schedule, because those sports can maintain fitness while resting specific muscles and joints. By June, he cross-trains twice a week, and after that he is only allowed to cross-train once per week, so that he develops efficiency on skis.

Despite his best efforts, Veerpalu sustained a knee injury in 2006 and had to have arthroscopic surgery. He headed to Ramsau for a training camp before he had fully recovered, and ultimately re-injured the knee. As a result, Veerpalu lost almost a full year of training, and didn’t return to competition until late 2007.

Veerpalu is married and has four children, all of whom ski at some level. His family comes to visit him during long training camps likes the ones here in Muonio, or during the fall in Ramsau. If there are serious competitions, only his wife will make the trip.

When asked whether his children would become skiers as well, Veerpalu laughed. Because they have been exposed to skiing from a young age, and because it is what their parents do, they will, he said. Estonia has a good system for developing young athletes, which is based out of Otepaa, funded by the government, and organized by a good trainer.

Veerpalu said that it was unfortunate that his children couldn’t have been brought up in other sports, like tennis, in which they could earn more money. But he did say that his youngest daughter does figure skating as well as skiing.

His oldest son is currently in Norway training at a ski academy. When asked why he was there instead of in Estonia, Veerpalu pointed out that Norway is the best country in the world at developing young men from the late teenage years to the Olympic level. Veerpalu’s friend from the World Cup circuit, Frode Estil, runs a club and invited the son to come live and train there. This way, the younger Veerpalu will be exposed to a higher level of competition and will learn Norwegian.

Also, Veerpalu added, his son is a big fan of Petter Northug.

Veerpalu is one of only four skiers to have competed in six Olympics. I asked him whether he thought he would try for seven. “That’s not the plan,” he said. “For now, I would like to go to the seventh as a journalist or something like that.”

However, there is a push from the Estonian media for a relay team in Sochi that would include both Veerpalu and his son. The elder Veerpalu’s return to racing in such an event would serve as a fund-raiser for the Estonian team.

But while he was excited about the fundraising potential, Veerpalu didn’t seem as enthusiastic about training seriously for another Olympic cycle. It would be better to go as a spectator, he said.

Chasing a Dream and Living it Too

Weights and Measures - Skis and Bindings 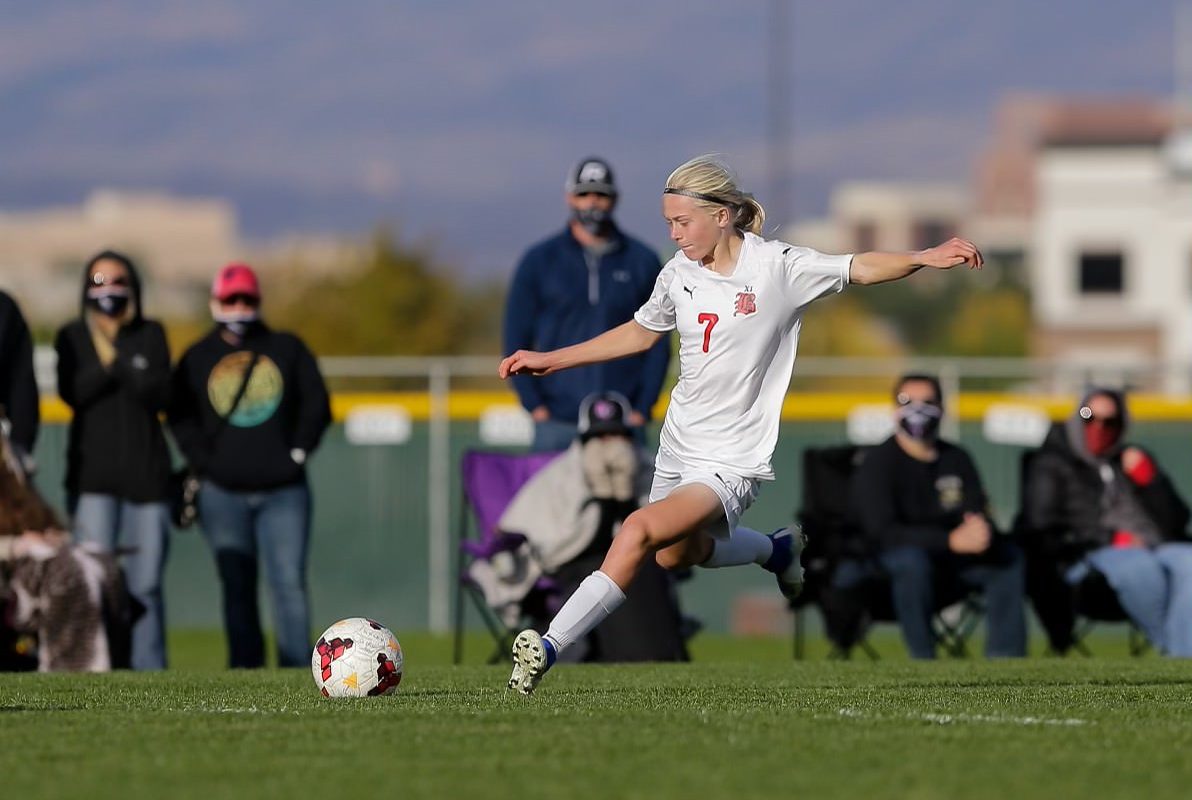