One of the interesting things we can look at with sprint races is differences between the various heats themselves, rather than individual skiers.  Interestingly, reconstructing this information, namely who was in what quarterfinal or semifinal, using just the split times took a little bit of thought.  Not a monumental challenge, but it was a bit trickier than my average graph.

Let’s start with the quarterfinals: 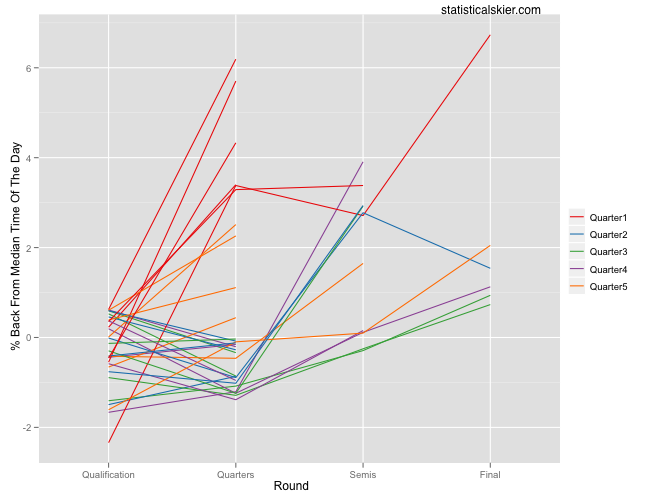 This graph tracks the members of each quarterfinal through the entire sequence of heats.  I’m still tinkering a little with the y-xis.  Rather than plotting everything relative to the fastest time of the day, I’m plotting them relative to the median time from the whole day.  The stats geek in me finds this more appropriate, but it doesn’t really change much.  The relative differences between each skier will be the same, but the interpretation is slightly different: 0% is the median skier, not the fastest.

Federico Pellegrino (the big winner in qualification and loser in the final) certainly did get quite lucky with a slow, slow, slow quarterfinal (red).  Quarterfinal 5 was probably the next easiest, at least in terms of competitiveness.  (Keep in mind that these graphs don’t tell us anything about crashes or other “extraneous events”, that can sometimes account for the speed of a heat.)

On the other hand, the women didn’t see such a stark difference between the quarterfinals: 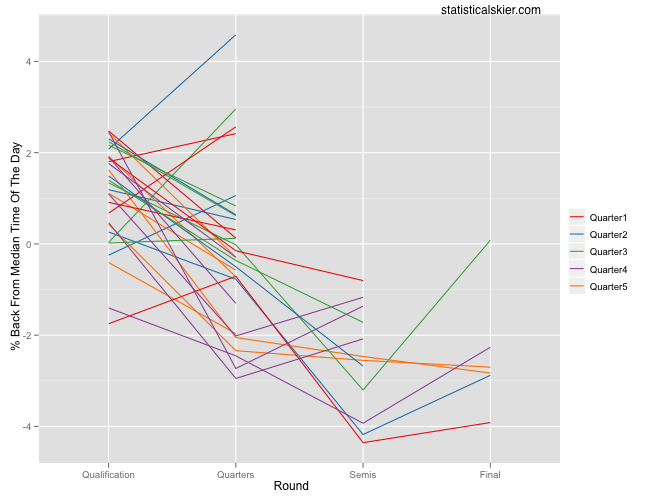 Once again, these are the raw times, so this doesn’t reflect Kowalczyk’s relegation to 6th place in the final.  So that pair of dueling orange lines are Kowalczyk and Randall.

I think the most interesting quarter here is #4 (purple) where only Majdic made it all the way to the final thanks to lucky loser status.  So far this season it seems like Majdic has consistently been present in the sprints, but hasn’t really put anything impressive together in a final.

How about the semifinals: 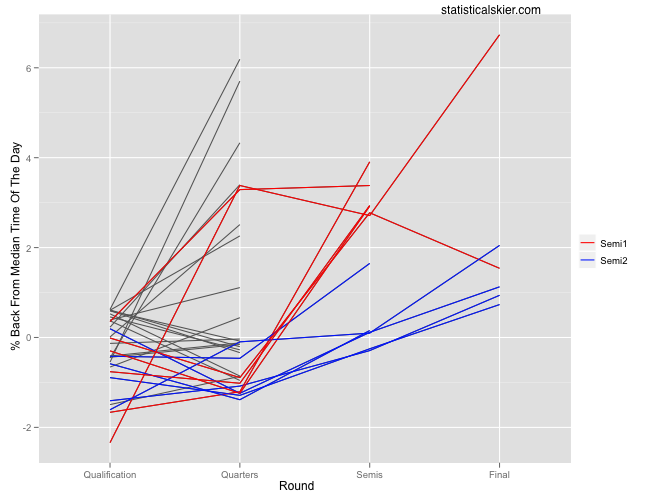 Semifinal 2 was the one to be in here, clearly.  I don’t have much to add to this, so let’s just move on to the women, 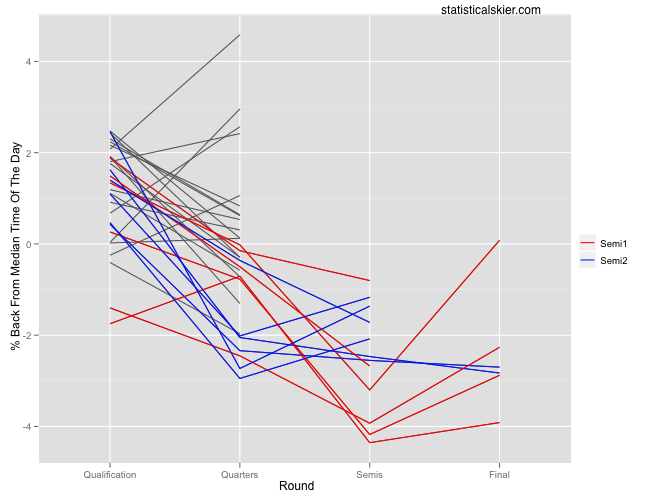 This time semifinal 1 was the place to be for the lucky losers.