Conventional wisdom (and probably a fair bit of physiology research) holds that going fast over short distances is a skill we tend to lose as we age.  Are fast World Cup sprinters younger than fast distance skiers?

Let’s look at the age distributions of top thirty racers in sprinting and distance races since the 2003-2004 season: 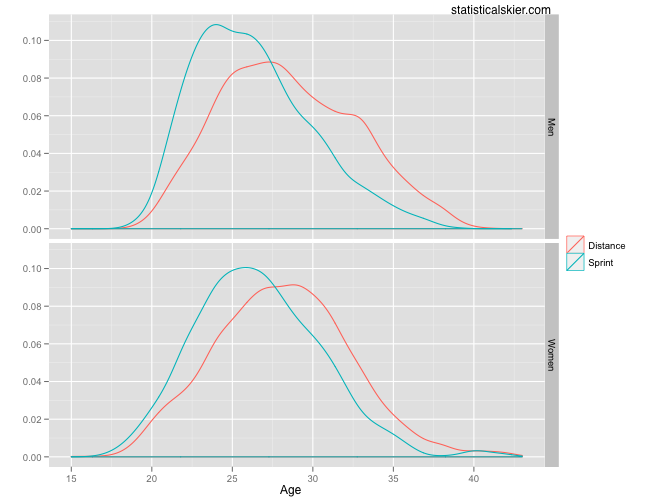 Certainly looks like top-30 distance skiers are slightly older and a simple t-test confirms a significant difference of about 2.1 years for the men and 1.5 years for the women (although the statistical significance is most likely largely a factor of the huge sample size here).

What happens if we zoom in on even faster skiers?  Like, say, top ten skiers… 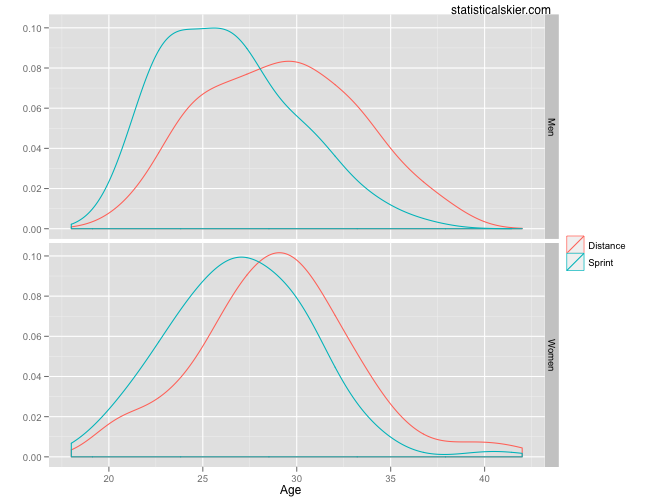 Of course, this is just a difference in the average age for sprinting and distance racing.  As the distributions above show, there’s still quite a bit of variation in ages for fast skiers in both disciplines.