Looking forward to the upcoming season, I’m somewhat astounded by the number of talented young Norwegian women on the horizon. Here’s a quick snapshot of what I’m talking about. I took female skiers born no earlier than 1988 who did at least 3 FIS races last season, and averaged their best few results in both sprint and distance. Then grouped them by nation according to the number of skiers with an average of less than 75 FIS points: 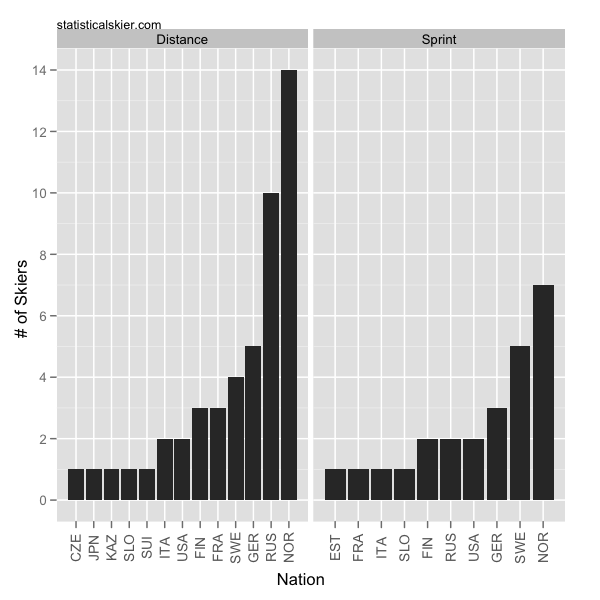 14! The Russian women aren’t far behind with 10. And an average of 75 FIS points (among only your best races) isn’t that strict a cutoff, really. Things are a little less lopsided in sprinting, but Norway leads the way there too.