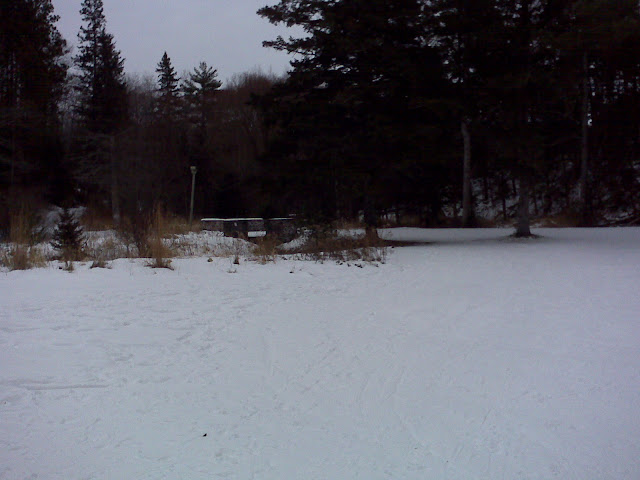 I snuck away on Saturday and spent the whole glorious day making myself suffer up there north of Hayward. I really should have spent a bit more time taking pictures honestly, but I was having too much fun skiing to properly document my adventure.
I was coming up from Chippewa Falls, so I went straight to the fish hatchery trail head since I didn’t want to waste even one more minute driving.  Sure, “OO” is probably the most popular access point, but I figured, heck, I’d just pull into the fish hatchery and SKI up to “OO” (which I did).
Back in the good old days of living in Spooner, fish hatchery was the spot we always drove up to anyway, so I thought it’d bring back some nice memories to ski that neck of the woods (besides…Bitch hill is down there and it’s good to hit that a couple times before the end of February).
Folks, I was a little skeptical about trail conditions, but let me assure you that the Birkie trail is in GREAT shape!  Yes, I encountered a couple bare spots between kilometers 43 and 23, but only about 4 or 5.  There was only one that you had to take your skis off to traverse, and that was right at Mosquito Brook (so my skis were off anyway).
Even on a day in the middle of January, the Birkie trail is a big festival.  If you go out and ski there, you’re likely to encounter EVERYBODY you know who is a skier.  It was amazing!  I ran into John who I have been rollerskiing with here in Chippewa Falls, Peter from River Falls, Laurie and Mary (who spent about ten minutes telling me how great “Beyond Birkie Fever” is…I told them to write me a review on amazon :), and was able to meet up with my Mom and Neal at the end of the day to help me kill my last 15 km.
We finished up our ski and headed straight on over to Coops pizza.  After 40+ k I knew that hunger that only skiers know.  We dominated this meal: 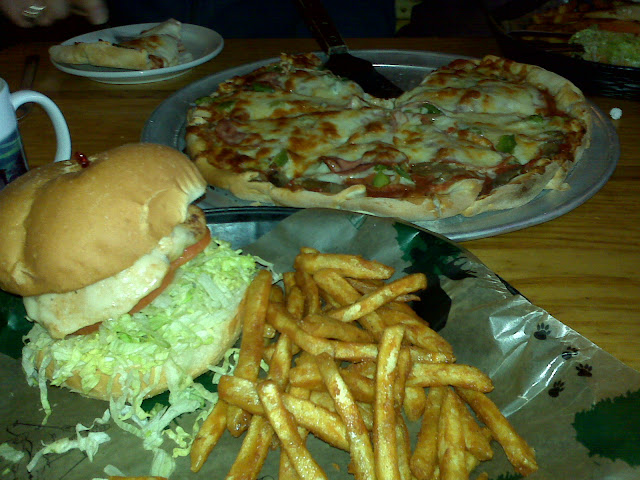 Hope to see all of you out there on snow or on the Birkie trail sooner rather than later!!