Another retiring skier that I’m only passingly familiar with, Switzerland’s Silvana Bucher. Like Vina the other day, she hasn’t raced a ton at the WC level in distance events: 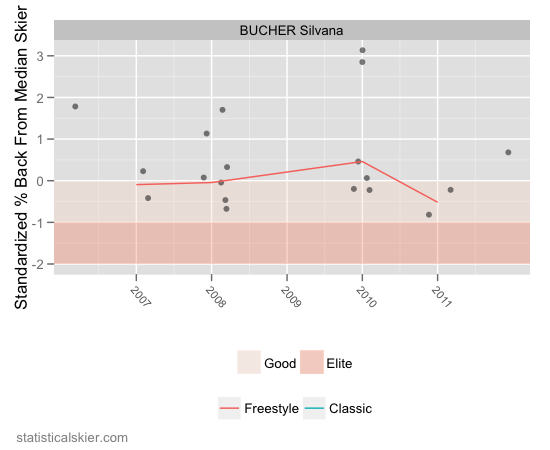 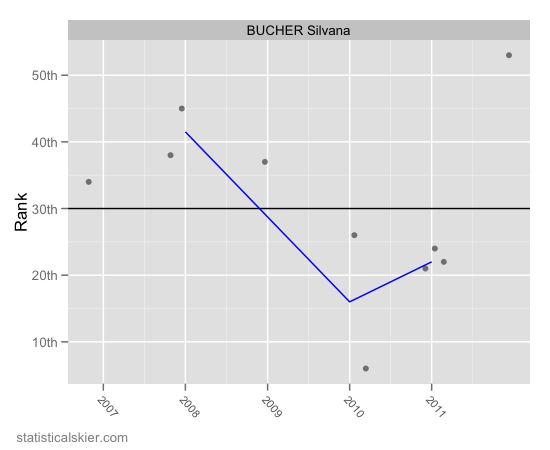 But you can see that one sprint race that stands out among the rest. Indeed, that 6th place finish was her best WC result, and her only top 10. She had a total of 15 races where she landed in the top 30, across both disciplines. She was most definitely a freestyle specialist, having competed in only 3 WC classic events and another 2 mixed technique events (i.e. pursuits). All the rest were skating.

Given her limited exposure to the WC scene, lets look at all of her results using FIS points: 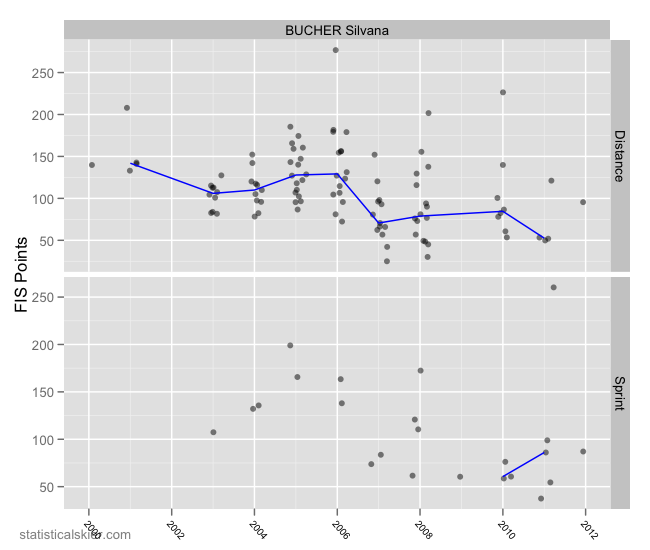 Steadily between 75-125 FIS points for several seasons in distance races, possibly even sliding backwards a little, and then there was a rather major jump in 2007. Then there’s the near total absence in 2009, which I’d have to guess is an injury (or sometimes with women it’s a baby).

Ski Contract With Jauhojärvi A Big Step For OneWay