With the 2018/2019 season officially in the rearview, FasterSkier is running a series of articles highlighting some of the players and performances from the season. This honor goes to the North American coach who most deserves recognition for their impact on the trajectory of their athletes. 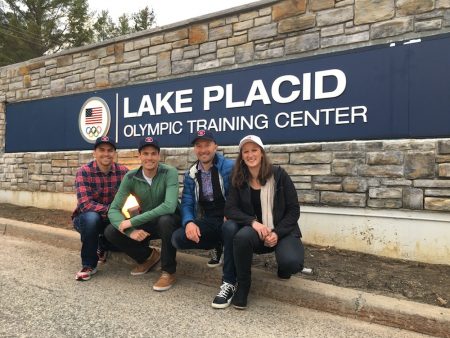 The newest additions to US Biathlon’s coaching and sport-development staff (from left to right): Michael Greis, Tim Burke, Armin Auchentaller, and Danika Frisbie as seen on May 1 outside the Olympic Training Center in Lake Placid, N.Y. (Photo: US Biathlon)

Auchentaller described his style as being hands-on and direct.

“I just cannot stay there in a corner and look at some things where I see ‘this can be better’, I just jump in and tell them,” Auchentaller stated in an interview during a training camp in Lake Placid last August. “And if they are alone [without a coach] here, then it’s obvious that I help them. I am a coach.”

The effect Auchentaller’s approach had on the team was rapidly apparent as the season held career best finishes and a multitude of top-10 finishes for his athletes. Perhaps the most noteworthy improvements were seen in Clare Egan, who placed in the top-10 three times including her third place podium finish at the IBU World Cup Finals in Oslo, and Joanne Reid who had a single top-10.

While his methods have certainly impacted these newer athletes, his impact was also felt by more veteran athletes, like Susan Dunklee who has been competing on the IBU World Cup since 2011. At 34th in the overall standings, Dunklee was the second-highest ranked American behind Egan who was 18th. Dunklee scored two World Cup top-10s, both in Oberhof, Germany. She ended her season with a clean sweep of the USBA National Championships. 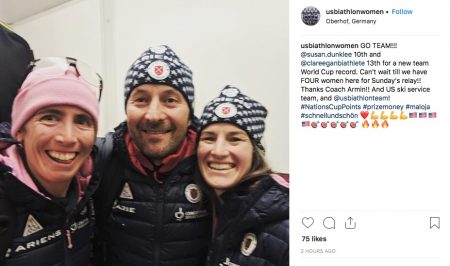 “I feel incredibly grateful to work with him,” wrote Dunklee in an email. “Working with Armin far surpassed my expectations. He’s a people person who connects well with all different personality types. He’s inclusive and he’s a collaborator. This summer we overlapped with the USST ladies for a camp in Lake Placid. Armin and Matt Whitcomb were soon going to the bar and waterskiing together and suddenly the biathlon women found ourselves training alongside Sophie, Jessie and company during interval sessions.  Of course, this makes so much sense, yet in the past, it rarely happened. Armin understood the value of it and he made it happen.”

Auchentaller crafted a training regime that was designed to garner steady improvements in his team. He also sought to create opportunities for the athletes to work and grow together as a team in training. 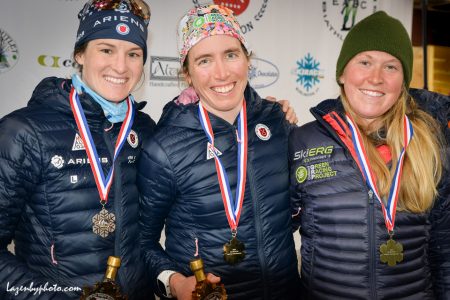 “They are all different characters, but they have built in this short time a good group atmosphere, they seem to be a good team now and they go along really well, they help each other, and that is a good start point to get better also in the team itself,” Auchentaller said during the Lake Placid camp.

While the workload was challenging for the athletes, Auchentaller was mindful of how the women tolerated the training both physically and emotionally to ensure an optimal outcome.

“Armin pushes us hard and has high expectations,” explained Dunklee. “I’ve never had a coach who made me dryfire for an hour after dinner every night during a high volume camp and that was tough. However, he is also smart enough to see when we are near our breaking point and flexible enough to make individual adaptations when needed. He’s a good listener, asks for our input and trusts our judgment, which is absolutely crucial for experienced athletes. He has a wealth of technical knowledge about shooting and ski technique, but he would also step back sometimes and ask us to observe and coach each other. I think those exercises made us into a stronger team. We learned to rely on each other, trust each other, and build each other up.”

After a successful 2018/2019 season, Auchentaller will certainly have the momentum to build from as he continues to guide and train his athletes in their preparation this summer. We look forward to seeing his effect on their continued progress and the upward trajectory of U.S. Biathlon in the years to come as the foundation for success is strong. Three different women this year placed in the top-15 on the IBU Cup, the tier of international racing just below the World Cup. Additionally, from a team perspective, the women’s 4 x 5 k relay at this year’s IBU World Championships remained in second place for much of the race. It also marked the first time three different U.S. women placed in the top-10 at the World Cup level during a single season.