This series comes to FasterSkier from the Alaska Pacific University Nordic Ski Club.

A Day in the Life: APUNSC is checking in with Elite Team members of the course of the next few months to get a glimpse into what life looks like for elite athletes as training starts up again during a global pandemic.

Today we check in with Thomas O’Harra (24), an APUNSC member since 2007 when he joined the APU DEVO program. Thomas received his undergraduate degree from APU in 2017 and has continued on working towards a Master of Arts degree, set to graduate in 2020.  Thomas qualified for his first World Cups this season!

Where are you right now? What have the restrictions been? Are they now changing?

I am currently in Anchorage, AK. I have been here since March 15th, when I got back after the cancelled World Cup Sprint Tour. I was initially under a 14-day quarantine, and Alaska was under a hunker-down order that has since been lifted. In the past few weeks, Alaska has gone back to pretty much normal, minus wearing masks and social distancing.

I had just qualified for my first World Cup races, traveled all the way to Quebec, and woke up (on my birthday) to learn that the Minneapolis World Cup had been cancelled. We spent the rest of the day in limbo before the US and Canadian teams withdrew from the races, at which time we bought tickets to fly home the next morning. In addition to the World Cup tour being cancelled, I was really looking forward to Spring Nationals in Silver Star; a few teammates and I were going to arrive a couple of days early and have a mini training camp! 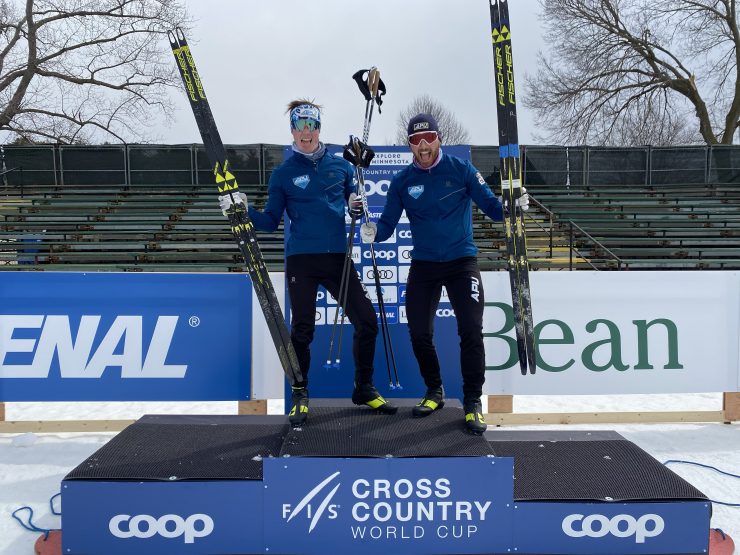 Enjoying the course and podium at the Minneapolis World Cup venue after learning that the event had been cancelled. (Photo: Thomas O’Harra)

What is a highlight of the ski season you did have?

I would say that the highlight of my season was definitely qualifying for the World Cup Sprint Tour, though it was made possible by racing my way into one of the sprint finals at US Nationals in Houghton, which is my best result so far! 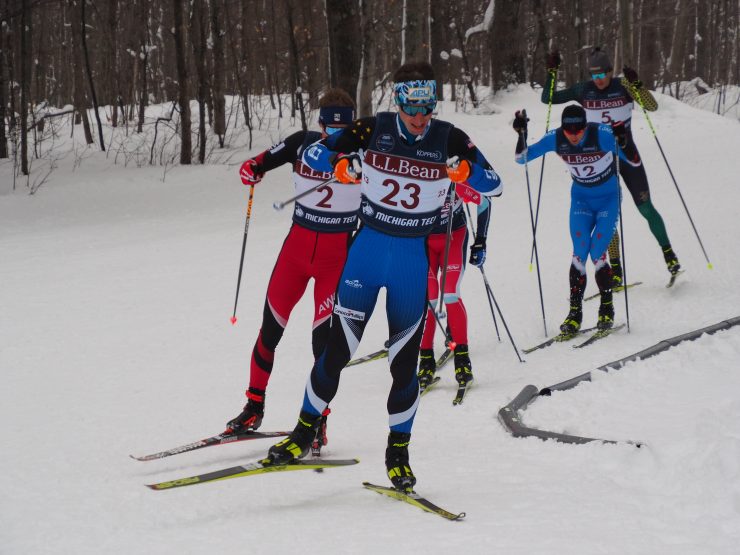 How have you planned around the unexpected end to the season? Did you do anything to “finish” out the season or jump into summer training early?

When I got home, I was in a bit of disbelief over everything that had happened during the previous four days, but I really wanted to take advantage of the amazing spring skiing that we still had in Anchorage. NSAA groomed until mid-April, we had an amazing sea-level crust season, and then Mat-Su Ski Club groomed at Independence Mine until mid-May! I tried to ski as much as I felt like for a few weeks before taking a short break. Everyone seemed to be on different plans, but I just tried to enjoy the phenomenal skiing we had. 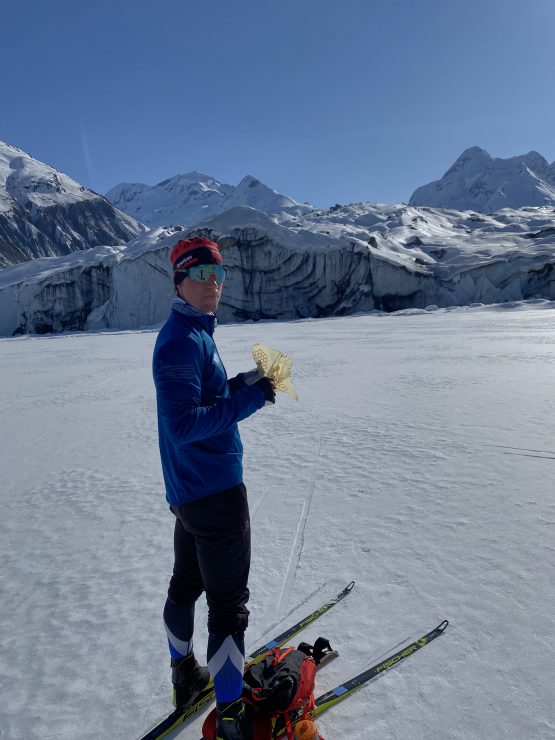 What activities are you doing to keep yourself busy outside of training?

I have been working mostly. I also (like everyone else in the world) acquired a sourdough starter and have been baking bread with my girlfriend. Additionally, I have been reading more. I recommend The Uninhabitable Earth by David Wallace-Wells; it is a good read and a way not to forget that we are still amid a climate crisis in addition to the pandemic.

Today I did some rollerski speeds in the morning and then a distance run in the afternoon.

Do you have any indoor/at home workouts you are doing?

I actually started doing core this spring, mostly because I have not been able to get into a gym to do any lifting. For me, core is one of the more difficult workouts to get motivated for.

Without knowing what the future has in store, has it been challenging to keep up the motivation to train? Where are you getting that motivation? What motivates you to keep training?

I enjoy getting out to train, and I am currently operating on the assumption that we will have a season this coming winter. If we don’t get to race, I will deal with that in November. For now, it is summer and I am just excited to be healthy and able to spend time outside.

How are you keeping in touch with friends/family/teammates?

During April, our team used Zoom to keep in touch, and I have done the same with family. That being said, I live a few blocks away from my parents, so I have been able to see them frequently.

What has been your biggest challenge in relation to Covid-19 and how are you tackling it?

Honestly, I feel like life is almost normal for me. I am able to train every day and be outside, and I have been able to work (albeit on Zoom, which was difficult in its own way).

What are your plans from here? What things do you have in store for a summer that will include many restrictions?

I plan to keep training and hopefully do a little adventuring in a tourist-free Alaska, a chance that I might not get for a long time. I also have some off-grid adventure ideas that I’d like to accomplish, so we will see what happens!

Do you have any helpful advice in dealing with the changing times?

Just take everything day-to-day. I am not thinking about planning, or what might or might not happen in a month, but instead, I am focusing on getting out and training quality sessions every day. 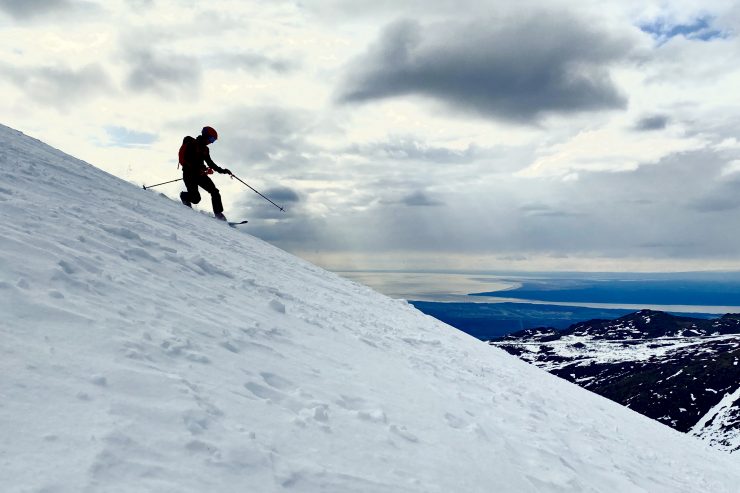 Enjoying the mountains and the close to home adventures. (Photo: Thomas O’Harra)