A time of unsettling news. How else to describe the global specter? With all do respect to those involved in the cross-country world, including FasterSkier, we understand our place in the prioritization hierarchy.

A line from The New Yorker online, in a piece titled ‘When Tom Brady Said Goodbye’ by Louisa Thomas, resonated: “Among the many functions that sports serve is to give people something silly to argue passionately about during serious times.”

True words. And so we start breaking down what can be considered a roller coaster World Cup season. There were new, and young, faces (Linn Svahn); a young Russian in Alexander Bolshunov controlling the distance globe and overall World Cup; elite athletes on the women’s side withheld from competition due to not meeting team health standards; Therese Johaug’s steady distance skiing hand; Johannes Høsflot Klæbo’s boxing match with a cement post. And then the capstone: the cancellation of the North American leg of the World Cup. The season ultimately ended on a foggy day at the Holmenkollen when fans were banned from the main stadium due to the Corona Virus.

We’re posting some data-snapshots summarizing the season. The first set of info lists out podiums in the women’s distance races. The in-your-face theme, lots of Johaug, and correspondingly, lots of Norway. 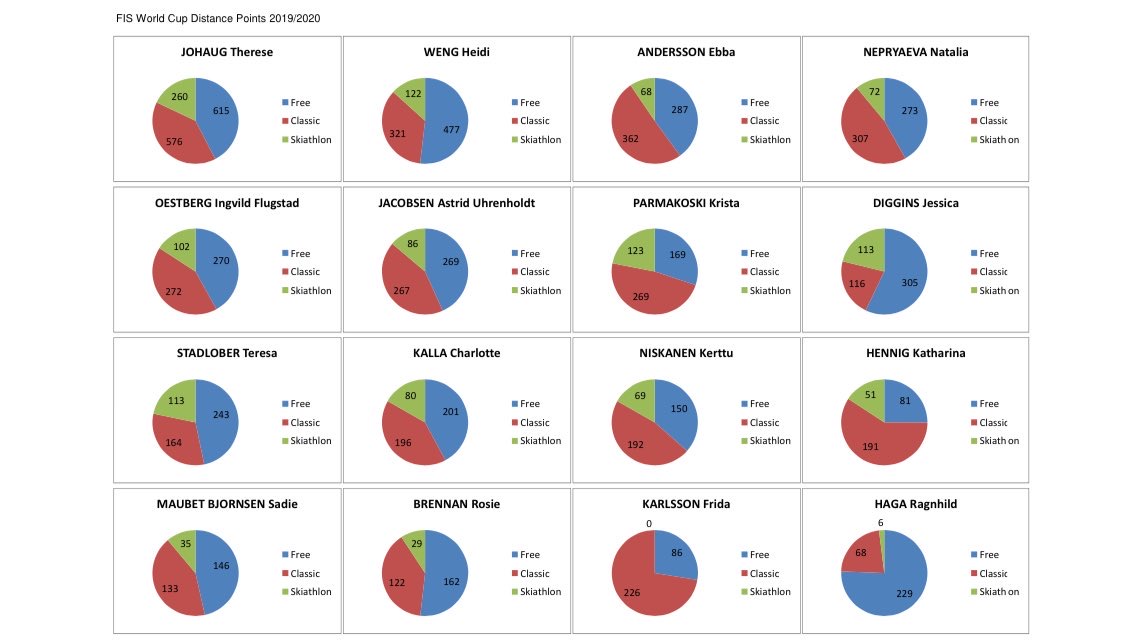 Looking at women’s sprint results, we see a bit more national diversity when it comes to podiums. 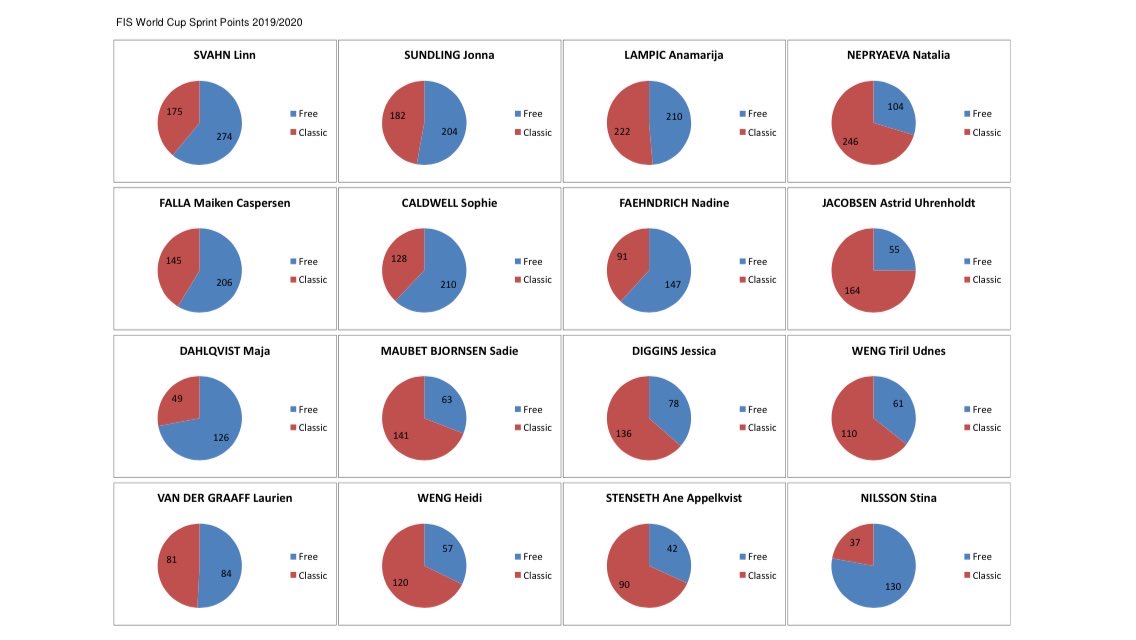 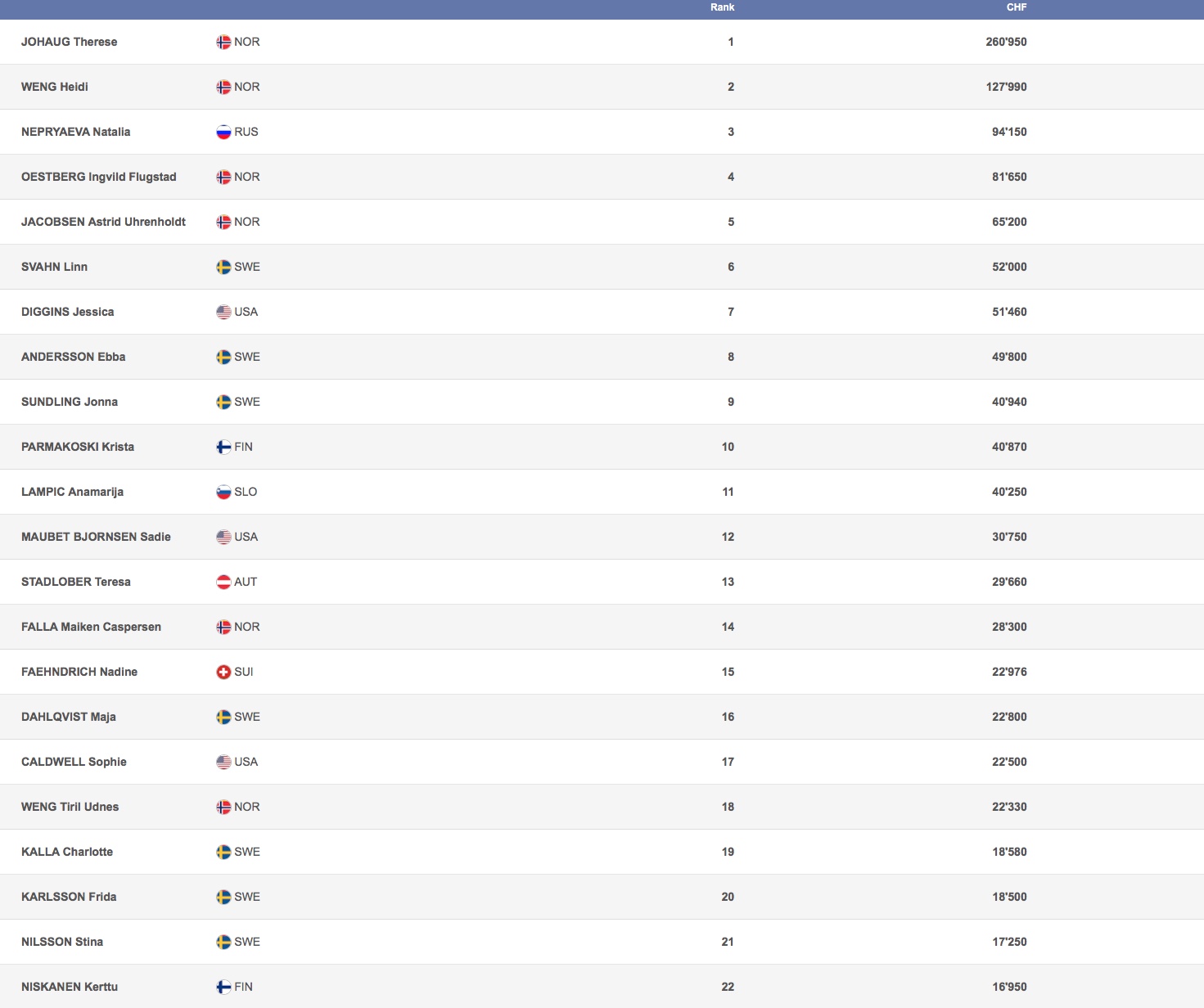 If you’ve spent any time listening to The Devon Kershaw Show you’ll know this: Russia and Norway dominated the men’s distance standings. Astonishingly, in distance events, only Finland and Switzerland broke onto the podium this season beyond Russia and Norway – thank you Iivo and Dario. But really, Russia and Norway went deep, often locking up the vast majority of spots in the top-10.

As for sprint podiums, we fortunately see some Italy (Pellegrino), France (Chanavat, Renaud, and Jouve), and a smidge of Sweden (Haeggstroem). 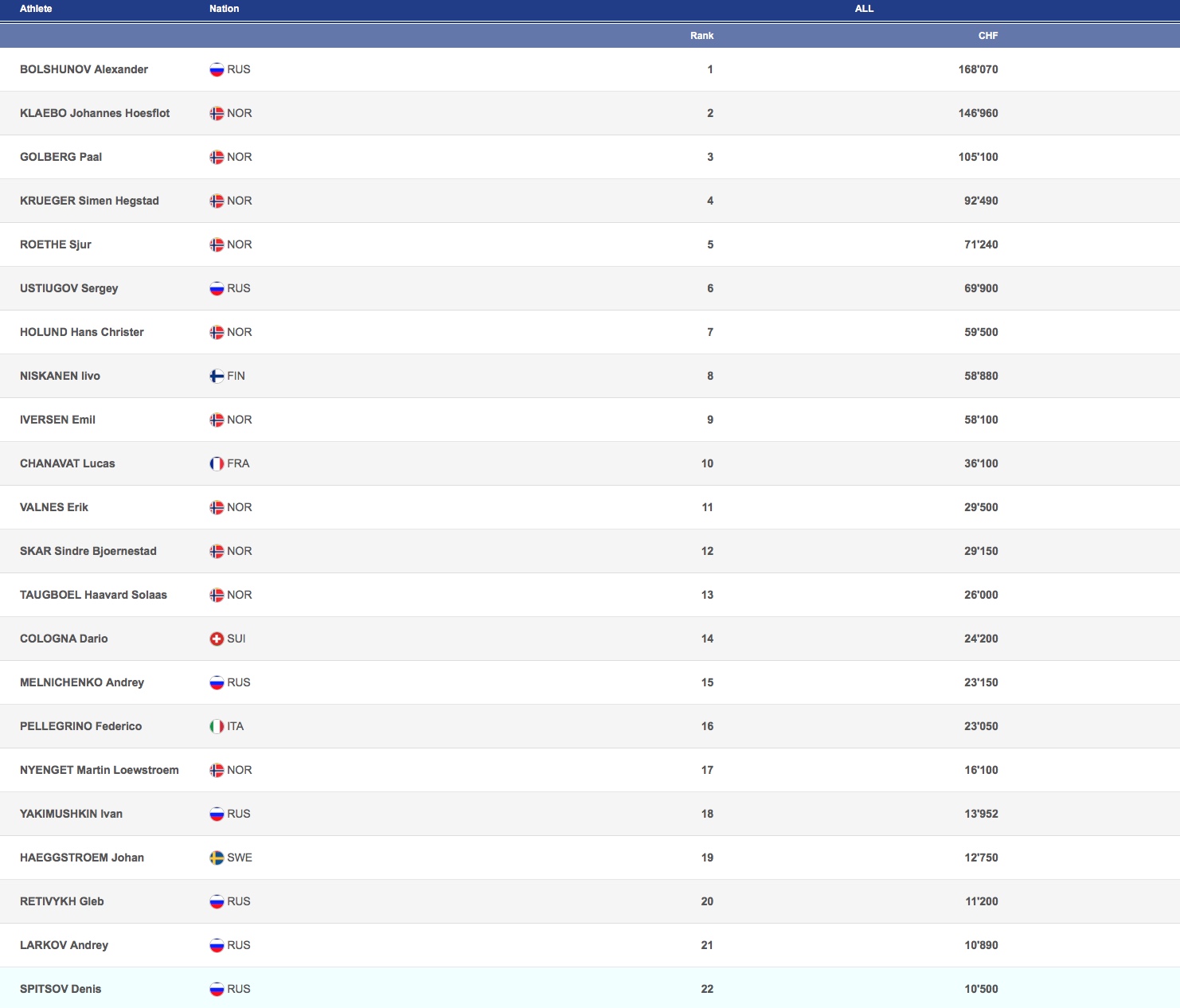