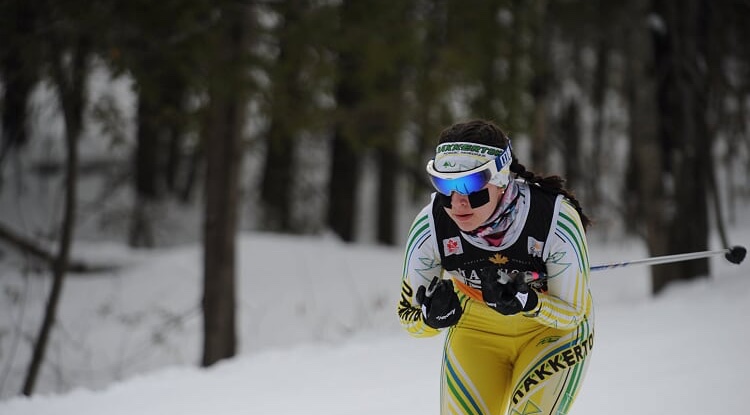 Kate Mason skis for Nakkertok’s ENRG program and will be a college freshman this year. (Photo: courtesy Kate Mason)

Seventeen-year-old Nakkertok skier Kate Mason exemplifies a “get it done” attitude. The athlete is part of Nakkertok’s ENRG training program. Like many junior skiers, Mason found herself wanting when it came to accessing information regarding post-secondary ski opportunities in Canada. In particular, Mason was interested in combining academics with her training and racing.

In the recent past, Canada presented an unclear path for athletes who wanted to compete and continue their education. The pathway for those opting for the full-time skier path seemed clear, the options for the student-athlete combo, not so much.

Back when high level skiing and college was marketed as incompatible, the list of options to balance school and skiing were few. As the landscape in Canada morphed, Mason decided to create a database of potential Canadian options for the scholar-athlete. The resource served her as she began applying to colleges as a high school senior.

“Basically, it started out with I was just sitting in my room thinking about what to do after high school,” said Mason. “I wanted to ski. I wanted to go to a good school. I was pretty unsure about everything. I had a little spreadsheet with a few options. And then I was talking to a coach about it, and they suggested I share it as other kids would use it. So I started adding to it.” 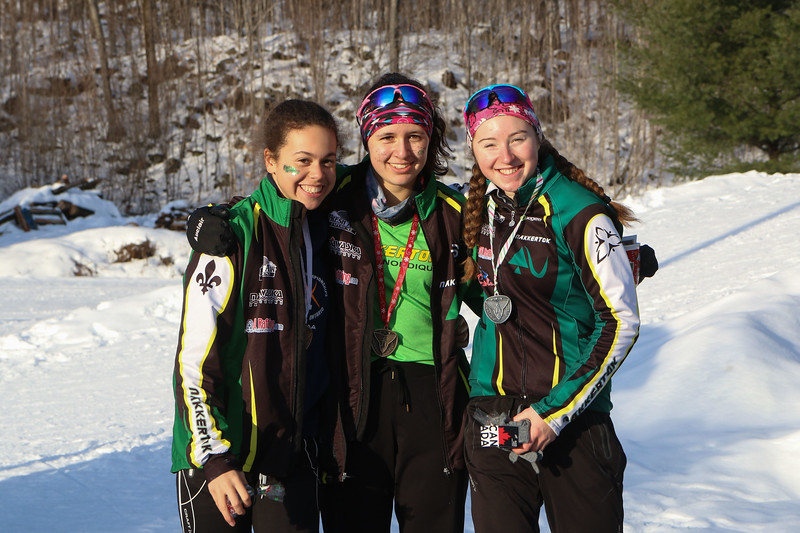 Initially, Mason didn’t think much of her info gathering. Although, she knew many in Canada desired a single resource explaining the new options for post-junior skiers in Canada. She realized the value of her work this past winter at Canadian Nationals which Nakkertokk hosted.

“Me and my friends had a day off and we were getting shawarma before heading into the Nordiq Canada athlete meeting,” Mason said.  “We showed up at the meeting pretty stoked about our shawarma and we just hung out in the back, listening to all the older kids.”

Mason explained that a former Nordiq Canada Board member began discussing the lack of resources describing skiing and academic opportunities in Canada.

“She just blurted out that some kid from Nakkertok made a whole spreadsheet and that is really the best thing we have right now,” said Mason. “And then the entire room turned around and looked at me and started clapping. And I was just this junior sitting back there.”

Since then, Mason has spoken to Nordiq Canada Board members and she is now the new Cross-Country Ski Ontario (XCSO) Athlete Representative. In her role, she has begun working with XCSO and Nordiq Canada on postsecondary ski options for Canadian skiers.

This fall, Mason will enroll as a freshman at Ottawa’s Carleton University where she will study health science with a concentration in biomedical science. She plans on skiing for both Carleton and Nakkertok’s ENRG.

As Mason explained in an email, “Carleton has a varsity ski team that can work in conjunction with ENRG, so I’ll race for both teams (as a number of my Nakkertok teammates do). Basically, in Canada, your ‘club’ is the club you’ve skied with since you were a little kid, and your team is either a university, provincial ski team or national ski team. So it allows athletes to represent two programs at once.”

Here’s a link to Mason’s database.