Patrick Johnson has seen success at a lot of different levels of Nordic sport: from representing the U.S. at Junior World Championships to winning collegiate races for Middlebury College and then SuperTours for Sun Valley.

Last year, his quest for nordic success saw him move to Truckee, Calif., to join the Far West Elite Team, and now he’s tackling an additional new challenge by taking on the sport of biathlon.

“I had wanted to give biathlon a serious try for several years,” the 25-year-old Alaska native explained in an email. “When I was 9 I tried a couple novice races, but I never really received any coaching on shooting, so most of my memories from those races were of skiing penalty loops and being cold … midway through college I started thinking it would be a really fun sport to compete in. Of course, at that point, I was busy with school and didn’t have a range nearby, so it wasn’t really an option.”

When he left Middlebury, the U.S. Biathlon Association (USBA) had curtailed their development programs in order to focus on high performance for the next Olympic cycles. But now, USBA is reinstating the development program and has started to look for talent to recruit from elsewhere in the nordic world.

So while Johnson was interested in biathlon before USBA announced their Talent ID Camp this summer – he had started working on shooting already in the winter – it provided a perfect opportunity for him. He’s been working on shooting for months now and last week, he was officially named to USBA’s Development Team.

“The Talent ID camp in June was a great experience!” he wrote. “It was a pretty special opportunity to be able to get coaching from the whole national team staff, along with Tim Burke and Andrea Henkel, only a few weeks into my biathlon training. What was especially great about that camp is that you could tell that this new development program was really being bought into by the whole coaching staff and national team athletes of USBA.”

Since then, he has attended the recently-finished national team camp in Park City, Utah, and will join the team for an on-snow camp in Canmore, Alberta, in December.

The rest of the time, he trains at home in Truckee with the Far West squad. It’s a small but elite group of cross-country skiers, which Johnson says is perfect for his athletic style.

“I’m definitely someone who likes to have a little bit of independence and self-direction in figuring out my training plan,” he explained. “I’ve worked with a lot of great coaches over my time skiing, and learned a lot from them, and I have a decent idea of what works well for me in nordic training. The Far West Elite Team is a good fit for me because I have a lot of flexibility in designing my individual training plan, but I also have plenty of resources to help me out on the task.”

And the variety of potential training activities in California was a big part of what drew him to the area.

“I was just looking to mix things up and find a new place to live and train,” he wrote about the move from Sun Valley to Truckee. “I really love mountains, lakes and sunshine, so naturally Truckee/Tahoe was a place to consider! I am really happy to be out here. There’s so much great running, road biking, mountain biking and rollerskiing, and it’s a place where it’s really easy to get outside and be active. Most days training just feels like getting out and doing what you’d naturally want to be doing even if you weren’t striving towards some race-oriented goal for the upcoming season.”

While there’s no official USBA presence in the area, Johnson has been able to rely on help from Glenn Jobe, an Olympic biathlete from the 1980 Games who now drives development of the sport in California. The Auburn Ski Club now has a growing biathlon base.

“I’m fortunate to have great support for biathlon through Auburn Ski Club and through my shooting coach, Glenn Jobe,” he wrote. “Obviously without ASC I wouldn’t have had the opportunity to try the sport out this past winter and train for it over the summer. ASC’s biathlon program is only a few years old, but it is growing quickly and there’s a lot of enthusiasm for the sport in Far West … Glenn has been a great resource for me as I’ve learned the sport, and he’s the type of coach that works just as hard, if not harder, than the athletes he coaches. And as an athlete, having that type of coach supporting you can really inspire you to work your hardest and bring your best to every practice.”

Up next? Johnson hopes to make the U.S. squad to IBU Cup races in Europe this season. Although he’s had plenty of success in skiing and may compete in a SuperTour here and there to fill gaps in his race schedule, he’s completely invested in making his way in biathlon at this point.

“Though this first season primary goal is learning and gaining experience with the sport, I’m already looking down the road towards 2018 and beyond, which is something that is possible because of the support structure behind me,” he wrote. 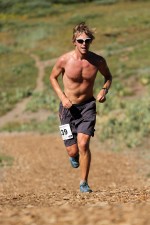 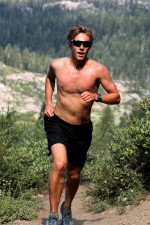 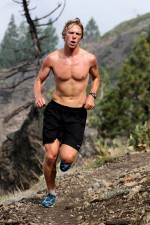 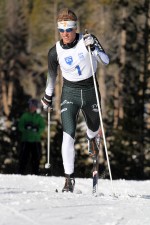 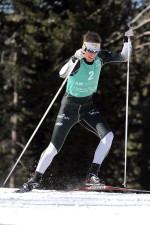 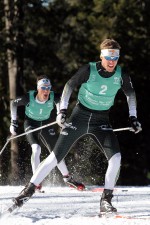 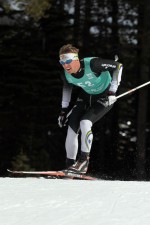 To support his biathlon quest, Johnson has started a RallyMe donation page, which you can visit here.