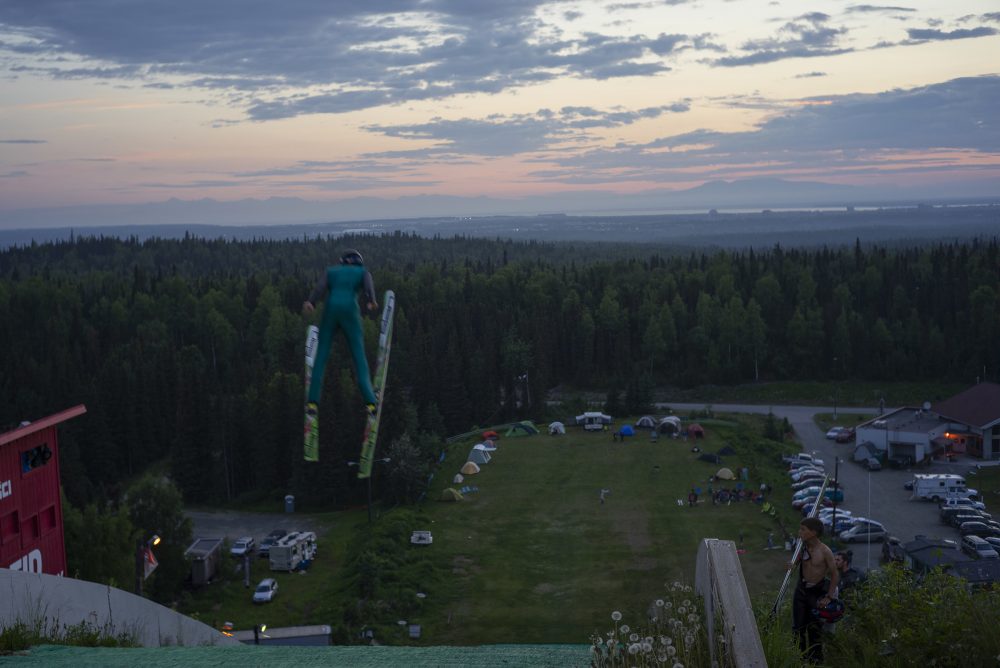 As I flagged Josie Johnson and Augie Roepke at midnight on the longest day of the year, a smile came to my face, and I let out a big hoot. I have been around Ski Jumping for over 30 years, but I had never experienced what I was experiencing at that moment: the 2nd 12-hour jump-a-thon on the Summer Solstice. The previous year’s event was the impetus for this year’s USA Nordic Alaska Junior Flyer Camp, and after taking part, I hope that it becomes an annual tradition like so many others in the Ski Jumping world.

When Karen Compton, Adam Loomis, and I began planning the camp we were excited, but unsure as to whether many non-Alaska athletes would attend. I thought if we got five athletes from the lower 48, I would be happy.  Then we opened registration, and in the first two weeks seven athletes from Park City and New Hampshire had signed up…and the registrations just kept rolling in until we had reached 16 athletes from outside of Alaska and 42 athletes all together.  I was certainly not expecting this or to have to close registration because we did not have enough t-shirts and camp packets.  If I am honest, I was also a little worried.  Do we have enough coaches? How are we going to transport all these kids to the off-hill activities? Is the age and ability gap too big? Do I have enough wax and water bottles? These and many other fears were running through my head as I woke up at 4:30 am the first day of the camp, partly from jet lag and partly from fear that I had forgotten something big.

There were some things I forgot, and not everything ran perfectly, but we did what Ski Jumping and Nordic Combined coaches, athletes, and families do: we figured it out, and all chipped in to make the camp a resounding success.  Alaska parents opened their homes up to the out-of-state families. Karen Compton lead hikes for parents who wanted to participate and provided a resource sheet and map for activities all over Anchorage. Adam Loomis and Chris Lamb made a last minute Costco trip to stock up on supplies for the larger than expected group in addition to the phenomenal coaching and leadership they exhibited throughout the camp. Parents helped drive to the Portage Pass hike so that we could take in an amazing glacier view.  The hike ended up having nearly 60 participants in 8 cars, including two 12-passenger vans. Finally, during the culmination of the camp- the jump-a-thon, club members showed up with delicious food and extra camping gear for the out-of-towners, as JR kept the burgers and hot dogs coming from the grill, and Jeanne kept the food table organized and stocked.  Everyone at the camp made some sort of contribution, and the tunes echoed off the jumps keeping the energy level high until well beyond midnight, while Cooper Dodds snapped photo after photo for Outside Magazine.

Which brings me full circle.  I have rarely, if ever, witnessed so many athletes having so much fun Ski Jumping.  Motivated by reaching their fundraising goals for the jump-a-thon and the novelty of jumping late into the night under a solstice sun, they did not care how far they went or whether their chest camp up too much during the takeoff. They cared about getting another jump and how many jumpers they could get to do rapid on the 20 meter (the answer is 20 by the way).  I do need to say that though we as coaches stopped coaching technical details after a while, we were keeping a close eye on the condition of the athletes as the night went on and did make many jumpers call it quits because they were fatigued.  The jumping did wind down in the wee hours of the morning as the sun was rising on a day that would be slightly shorter than the day before.  Around 6 am the breakfast crew showed up to get the griddle going for the Kodiak Cakes and to start brewing the much needed coffee.  Jumpers and parents emerged from their tents looking like zombies after only a couple of hours of sleep, and we gathered around the breakfast table reliving the jumps and memories from the night before and trying to shake the weariness from our tired limbs. I have certainly had more sleep in my life, but I am not sure I have had more fun coaching than I did that night, and I think there are a lot of athletes that would agree that it was an experience like no other.

Thank you to all that helped make the camp and the jump-a-thon a huge success, and I recognize that there are many more people that I should have thanked by name ( oh, Jessica Vetsch for Reuben and Chris’ amazing birthday cake).  In a sport where we cherish community and tradition, I think we established a little of each during the camp and I hope both will carry on for many years to come. 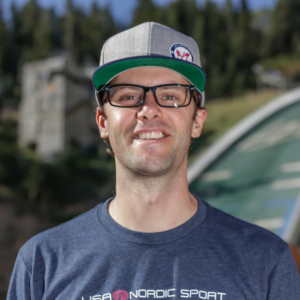 Jed grew up in Andover, New Hampshire, where both of his parents were teachers at Proctor Academy. Jed began skiing at the age of three and competing at the age of five. Eventually, Jed’s main sport became Nordic Combined and he spent seven years on the U.S. National Team. After teaching high school, Jed went back to school to get his Master of Public Health (MPH) from the Gillings School of Global Public Health at UNC. He is currently the Sport Development Director for USA Nordic. 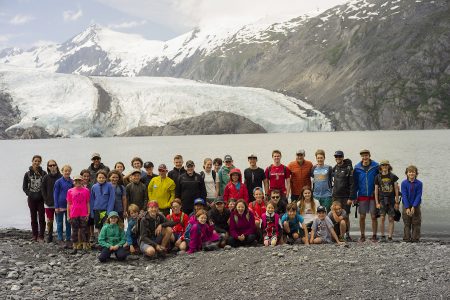 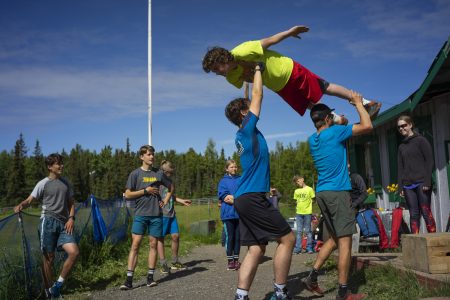 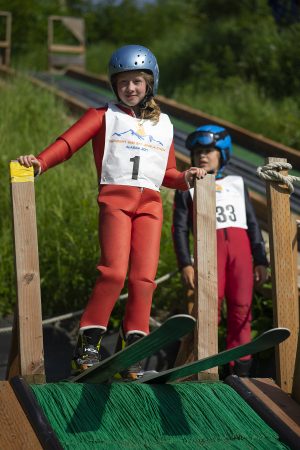 Never too young to start: Kids get ready to fly during the Alaska Solstice Junior Flyer Camp. (Photo: Cooper Dodds) 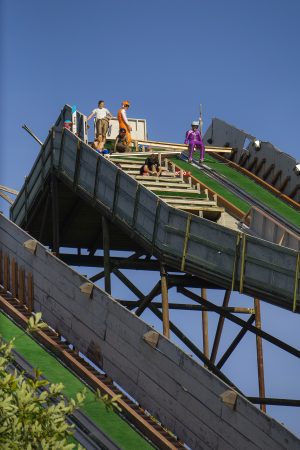