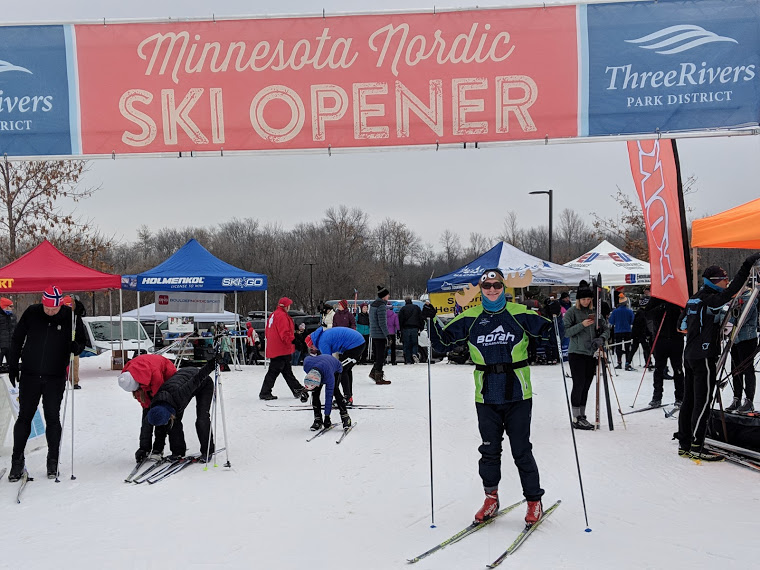 In March of 2016, we published an article penned by Scott “Bjorn” Cummings, a Postbaccalaureate student working towards his Academic Behavorial Strategist K-12 (ABS) Special Education License at the University of Minnesota Duluth (UMD), titled “Why Skiing? How a Sport Saved My Life”. He’s now teaching and even more in love with XC. Here’s Scott’s Christmas wish.

I’ve been thinking about writing an update for the last couple months. When I last wrote for FasterSkier it was Aug. 23, of this year. That was some four months ago and I’ve got to say, it’s been a whirlwind four months. In the middle of September I was cleared from physical therapy after injuring my ankle and began to get back into a routine of working full-time and training.

But the wrench in my life was that I was due to move 17 miles to the west-metro region closer to my teaching gig at Bloomington Public Schools.  The move decreased my daily commute from 35 minutes to five. More importantly, from a skiing perspective, I was moving closer to the man-made skiing loops in the Twin Cities at Hyland Lake Park Reserve, Elm Creek and Theodore Wirth.  Most notably, I am just a five minute drive from Hyland and its hilly 5-kilometer course.

Recently, I told my old ski buddy/mentor named Jack that I could see my apartment from one of the Hyland ski hills. (I really couldn’t but I was within one mile as the crow flies.)

I didn’t get it and didn’t say anything.

“Remember she said that she could see Russia from her house and that made her a foreign policy expert?” Jack said.

I’ve now dubbed the Hill next to the playground and chalet Sarah’s Hill.

I’ve had a wooden ski bench for five years and have had no real problems with it. It’s a handmade wooden ski bench that I’ve hauled from new home to new home. My same friend who made the Sarah Palin joke constructed two wax benches from scratch. One was for him and the other was for me. However, he got the wood for free from a farmer friend. And it’s rough wood.

It was easy to get a splinter by simply touching the bench. As most skiers know in the Upper Midwest, this year’s winter began early. I set up my wooden wax bench early on a Thursday night as I was getting settled in my new place.

The next morning, Friday, Nov. 16, I decided to roller ski to work. I was busy getting organized at 6 am in the dark. I had my wool socks on and I was actively looking for my ski boots. I then swung my left foot from left to right and felt immediate piercing pain. At first I thought I had stubbed my toe, because when I usually stub my toe it kills for about one minute, then the pain subsides.

Except in this case, after a minute, the pain remained. I looked down at my left foot and stared at a four-inch toothpick-sized sliver of wood sticking out of my foot. The piece of wood shot through my wool sock near the bottom of my middle toe.  I sat down and tried to pull the sliver out thinking the wood was only in about one-quarter inch or less. I thought I could just pull it out and go on to work. 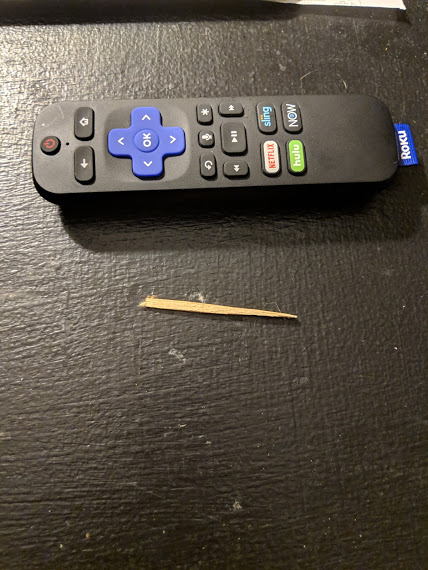 I couldn’t pull it out and only felt more pain. Rollerskiing to work was out. Even going to work remained in question. I hobbled over to the bathtub and tried again to remove the mega-splinter.

I tried to take the sock off but a piece of wood still hung in there and once it swiveled, the pain was fierce. Then I hopped over to the kitchen.

By the kitchen I had an idea to step on the sock with my right foot and lift up my injured left foot. I gave it try and could feel the piece slide out of my foot. Boom it was free and the pain went away. Then my open wound started to bleed and pulsate like a horror movie. I quickly grabbed nearby gauze and gave my Eagle-Scout-first-aid-merit-badge-skills a test. I passed. Within two minutes the bleeding had stopped and I wrapped up the gauze with an ACE bandage.

I then called a co-worker and explained the situation. We found coverage for my classes from my wonderful colleagues. Next, I headed over to the urgent care in nearby Edina. I still wanted to have the wound examined in case some wood remained in my foot.

Being the Instagram millennial that I am (@scottyBjorn), I explained the accident to the attending nurse with photo documentation. I asked the nurse if she was squeamish because I had a photo with a bloody sock and a bloody kitchen floor.

She said no. But once I showed her the photo she exclaimed, “Wow! That is a lot of blood”.

At urgent care, my foot was x-rayed and the doctor dug into my foot, exploring for more wood. He pulled out a single sliver and looked for another.

“I’m unsure if that is shadow or another sliver,” he said as he dug into my foot again. He didn’t offer me any pain medication and kept digging in my foot with some tweezers. I guess with all the skiing, I have a high tolerance for pain.

The doctor eventually claimed it must be a shadow and said, “Your body will naturally push the foreign object out and if it doesn’t than you might need surgery. But that is very rare.”

So I went home.

A week later, I resumed my normal training routine allowing the pain in my foot to be my guide. But I began to notice a pimple on the top of my injured foot.

On a normal Tuesday night with my training group Endurance United, I was classic skiing up a hill and noticed some pain on the now infamous foot. The pain was so intense, I halted the workout.

The day after, my nurse mother recommended that I check back with a doctor. My family doctor examined the foot, and made it clear she thought something was still in there. She hinted I would need surgery.

So rather than book an appointment, I drove ten minutes to the urgent care. The doctor on call was fascinated with the foreign object stuck in my foot. He was able to move the subcutaneous piece of wood around. 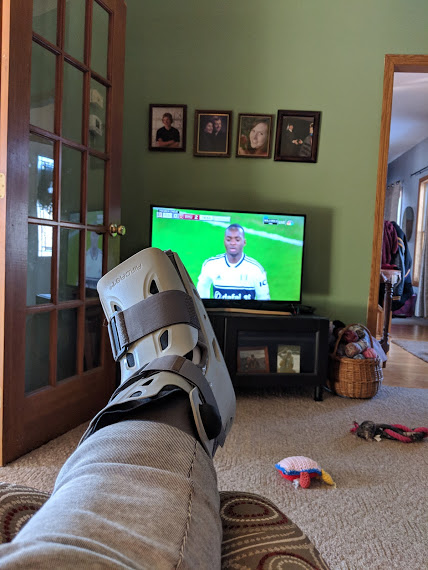 Shortly after my visit to urgent care, I ended up visiting a podiatrist who thought I could continue my ski training. He also sent me for an ultrasound. The ultrasound technician located a 1.67 cm piece of wood remaining in my foot.

With the new information gleamed from the ultrasound, I was advised to have surgery. In mid-December had the piece of wood removed in a ten minute procedure. Although, the general anesthesia lasted for nearly an hour.

The surgery went down on a Saturday. I spent the rest of the weekend watching soccer, college football bowl games and wishing I could ski. Post-surgery, I need to have a walking boot on for two weeks, after which they will remove the two stitches I received.

All to think, that this foreign object was in foot for more than one month.  A remnant from an old school hand made wax bench.

What happened to the infamous wax bench? I still have it, but I did go to a hardware store and buy coarse sandpaper and dutifully sanded it down nice and smooth. However, the money I’ve spent on this infamous wooden sliver is well over the cost of a new wax bench.

All I want for Christmas is a new wax bench.

P.S. After my surgery I called up the technician who provided the ultrasound on my foot. I called her back for two reasons. Number one was to let her know what happened after my ultrasound appointment. She asked if I was allowed to nordic ski at all. I said not until two weeks when my walking boot comes off. Number two was to ask her out on a date. (Nothing ventured nothing gained right?) She actually said yes and texted me back with her cell phone number. We are still working on logistics with the holidays and our work schedules. So hopefully I will have more to good news to share.