The view of the Main Street finish the day before the 2018 American Birkebeiner, as seen from the International Bridge. (Photo: Katie Miller)

The American Birkenbeiner was intermittently a stop on the FIS Worldloppet Cup.

“It was just not getting traction attracting the elite athletes and tying those elite athletes to popular skiing,” said Ben Popp, the Executive Director of the American Birkebeiner Ski Foundation (ABSF) about the now defunct race series.”

Enter the Visma Ski Classics, a two-tiered race series offering Pro Tour events and what it calls Challenger events. The Pro Tour is a 12 event European based series. It includes races like the Marcialonga in Italy, the Swedish Vasaloppet, and the Birkebeinerrennet in Norway. The Pro Tour has built in incentives to draw elite racers with bigger purses and more points on offer than Challenger races. The ten race Challenger series still offers points to any elite Pro Tour skier placing in the top-25. Challenger events, however, have fewer points on offer: Skiers earn 200 points for winning a Pro Tour event, 50 points for winning a Challenger race. The Challenger series is primarily a vehicle to  unify and promote longer distance cross-country ski races. 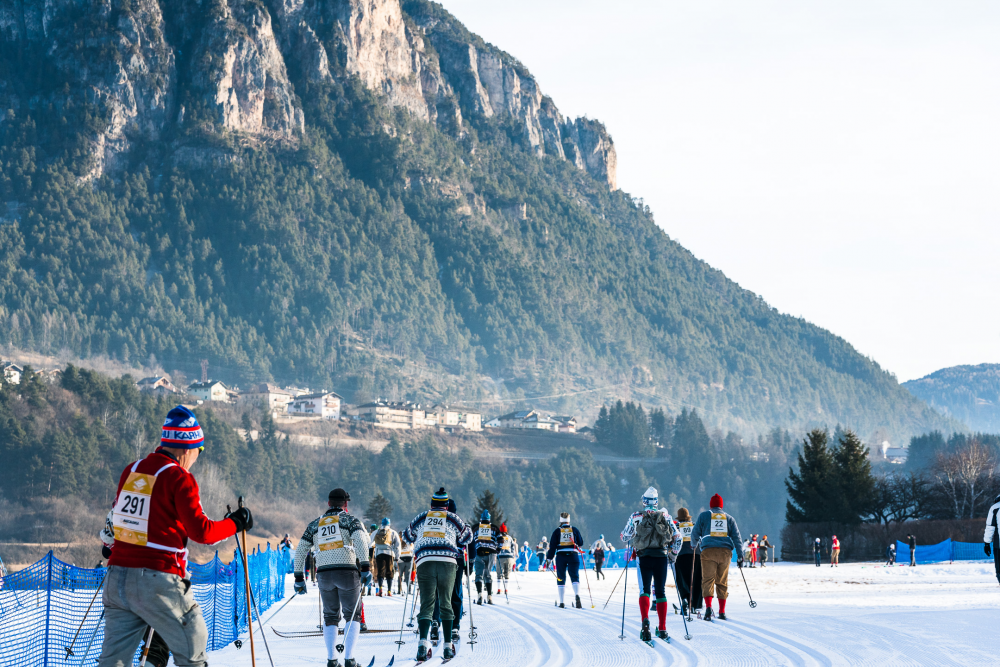 For 2020, the American Birkebeiner becomes a Visma Ski Classics Challenger race. Popp believes the Visma Challenger designation will strengthen what the American Birkebeiner has already captured and optimized — a world class experience for popular skiers. Popp also understands that elite racers are still drawn to the 50-kilometer freestyle event as it remains a part of the SuperTour. But he sees this as an opportunity to also attract both elite and popular skiers from Europe who are keen on racing and following the Visma Ski Classics.

Popp said no other Visma Ski Classics are scheduled the same weekend as the American Birkebeiner, which will run on February 22nd. Of the Pro Tour series, Popp said most elite skiers do not ski the full complement of races, so the opportunity is there for them to race the American Birkie. He also intends to capture non-elite skiers by helping to market neighboring ski events that might become a suite of ski races Europeans can seamlessly schedule around their American Birkebeiner adventure.

“As a race organization, we say ‘OK what do we do to maximize a racers experience?’” asked Popp.

Part of the answer is marketing a multi-stop ski race vacation. The City of Lakes Loppet runs long distance classic and skate races on February 1 and 2 respectively. The Gatineau Loppet in Québec features a 50 k skate on February 17th. With the American Birkebeiner the following weekend, ski racing tourists have options for an extended race-cation.

“One of the thoughts being a Visma Ski Classic, is that something like 90 percent of the country of Sweden watches the Vasaloppet, and it is a Visma Ski Classic,” said Popp. “And you know why 90 percent of the racers in the Marchalonga in Italy are Norwegians? Because they want to go to a very different race experience. So the thought in our case as a Ski Classic, we can act as a medium to try and reach a lot of these European racers because we know a lot of the citizens racers are engaged in the Visma Ski Classics and are watching it on TV. Maybe this is a medium to reach them and say ‘hey, we have a super cool event in North America, make it a destination, travel over, experience America, experience ski racing which you love. We think this would be a really cool one that you will enjoy.’”

According to the Visma Ski Classics website, event organizers do not pay a licensing fee for Challenger race designation. They are, however, required to meet minimum requirements for prize money and media distribution for race highlights.