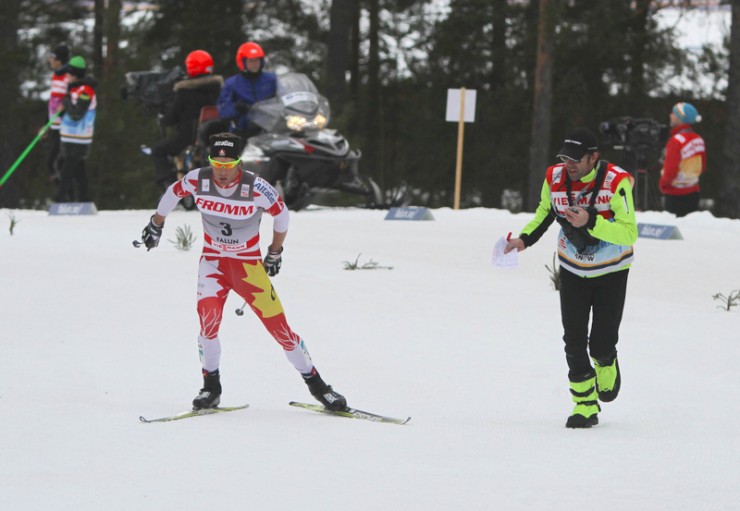 Last week, Biathlon Canada announced Justin Wadsworth as the Head Coach for the 2019-2020 season. In April, 2019, Wadsworth took on a temporary role as the team’s summer coach. That fill-in-the-gap stint will extend through this season’s racing. Wadsworth joins Canadian biathlon at a challenging time, with limited funding and after the retirement of many top athletes.

“My job is really just for the national team — we have 12 athletes and I would say that is my mandate to get those athletes working at their personal best and a world leading direction.”  — Justin Wadsworth

Wadsworth will make two trips to Europe during the season. As his wife’s career involves extensive travel, he has to manage his time away from the kids. Wadsworth took a five week summer break from coaching to get some quality family time. He has agreed to travel for the first IBU World Cup first period from November 17th to December 8th and then again for World Championships that will include a February pre-camp.

“That is a fine question because about six months ago I had no plan to coach anything let alone biathlon,” Wadsworth told FasterSkier on the phone last week from a Park City training camp. After originally agreeing to three months, he started work with the athletes on training and ski technique.

“Those three months kind of flew by and I had a lot of fun with the team.”

The 2019-2020 team is younger than in the recent past, with Emma Lunder, Scott Gow, and Christian Gow showing the most success in the last season.

“My main philosophy with training,” Wadsworth said of his focus with the young biathlon team, “is really just consistency. We don’t need to do the real radical things to get the extra one percent at the end of the day going into the season. We need consistent training with good technique and staying injury free and being healthy and that is going to bring this team the biggest rewards for this next coming year or two.”

Wadsworth ran the Canadian cross country team during the best funded period of its history, thanks to Vancouver 2010 and solid racing results. During his own racing career, he had a front row seat to watch the Canadian cross country team rebuild after Nagano 1998. While the latter has more obvious relevance in the current state of Canadian biathlon, he showed an ability to use money well [link to Canadian ski truck] when it was available. As he immerses himself in Biathlon Canada’s rebuild, he’s facing a stark reality when it comes to funding.

“I have never seen a team with a budget as small as this. Our athletes right now at this camp in Park City are paying for everything. No funding.” 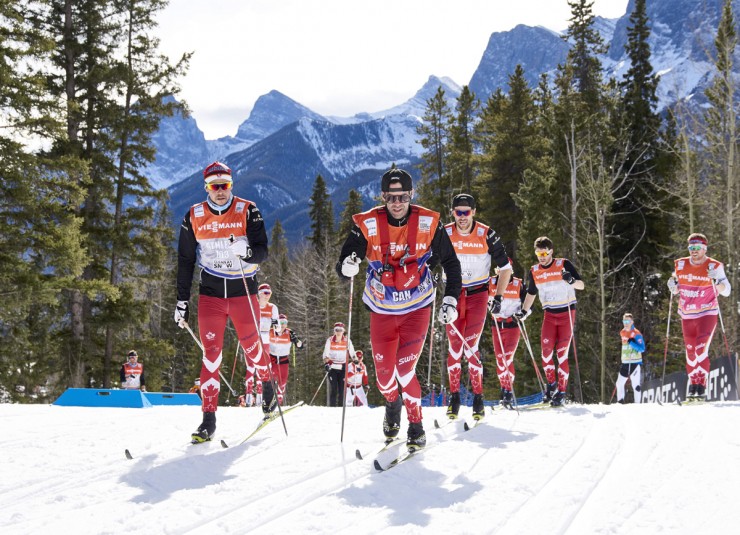 Who is Justin Wadsworth?

Wadsworth spent five years as the Canadian National Cross Country head coach and is often thought of as one of the most outspoken Canadian officials on the topic of doping in sport.

He presided over some of Canadian skiing’s ‘golden era’, including the arrival of Alex Harvey on the world stage, Devon Kershaw’s second overall in the 2012 World Cup, and Canada’s first World Championship gold. None were Wadsworth’s personal highlight, however.

“I would say the whole team during that 2012 season, where every member, male or female, of our national team, had a top three result on World Cup. That to me was the highlight. It was amazing. We had Perianne [Jones], we had Dasha [Gaiazova], we had Chandra [Crawford], we had all the guys. Everyone had been on the podium. A few podiums, like the girls, were double-podium with Peri and Chandra, or Chandra and Dasha in the sprint. The team energy was amazing. We went through the whole season and everyone was so focused and having so much fun. Really just a really strong team. Everyone thinks back to the guys, but before Christmas that year, Chandra, I think, was fourth on the overall sprint World Cup going into the Tour de Ski, and we had other great results. Lenny [Valjas] later that year had a podium in distance. Everything was just firing on all cylinders. That to me is what I remember. To me as a coach that felt the best and was kind of the highlight. Not just for the results, but the whole team really worked together hard, and everyone was accountable to everybody else. When that all clicked, and everybody got on the podium that year, it was really special.”

There is more to Wadsworth than coaching, as older ski fans may remember. He was a pivotal member of the U.S. Ski Team (USST). He competed at the most recent U.S. World Cup, producing the top American result with 8th in the 30-kilometer at Salt Lake City in 2001.

In 2002, he was sick at the start of his home Olympics before recovering to be part of the 5th place men’s relay (the best U.S. result ever, matched by the women in PyeyongChang 2018). He quarantined himself from his then-girlfriend to help her remain healthy and have the best chance at her own Olympic dreams.

On a call with FasterSkier shortly before the announcement of his new title, Wadsworth doubled down on the difficulty and importance of being a team player.

“Those are words that come out of my mouth with our current team here. If anyone gets sick, you have to pony up early on. Don’t be afraid about it. It’s one of the hardest things to say, ‘I might be getting sick’, early enough to prevent the whole team from getting sick.”

Wadsworth passed that test in 2002. He did, however, start his target event, the 30 k mass start freestyle.

“I should have not started, but I felt it was my best chance at a great result, and I started even though I was sick,” Wadsworth confirmed in an email about that DNF. “I wish someone had helped me to not start….”

When Wadsworth talks to athletes about trusting the process, they know that he has both lived it as an athlete and lead it as a coach. Wadsworth didn’t reach the top instantly himself, missing Albertville 1992 before qualifying for Lillehammer 1994, five years after his first World Cup start.

(FIS records are a bit sketchy that far back, but it was Daehlie’s first win.)

You might think Wadsworth’s strong opinions on cheating in sport come from being at Beckie Scott’s side through years of her very public challenges, but he does have first hand experience with dopers. When asked about his 2001 World Cup race, he said “I think [Johan] Mühlegg might have been ahead of me, but I always take him out [of the results].”

In that 2001 30 k, Mühlegg won as a Spanish athlete, having left the German team over a dispute about his personal doctor. Mühlegg would be banned after failing a doping test at the 2002 Olympics. The second place finisher, Christian Hoffman of Austria, was implicated in a different Olympic blood doping scandal in 2002, but wouldn’t be banned until 2009 after he was caught at Torino 2006.

If you take out the known cheaters, the upgrade to 6th place would give Wadsworth one of the best U.S. World Cup men’s results in history. By extension, Hoffmann wouldn’t have out-sprinted the U.S. closer Carl Swenson for fourth place at the 2002 SLC relay.

Wadsworth’s wide ranging experience as an athlete and coach leaves him with diverse tools to help Canada’s national biathlon team rise up.