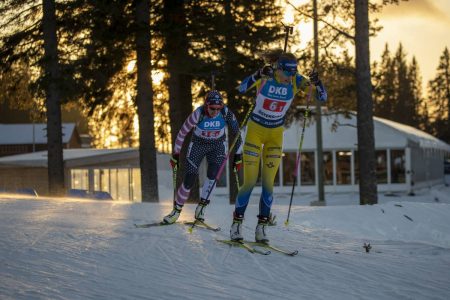 The IBU World Cup season opened Saturday, November 30th on a windy day in Ӧstersund, Sweden with a pair of mixed relays: a single mixed relay, and a 4 x 6-kilometer mixed relay. The following day, athletes competed in a sprint, 10 k for the men and 7.5 k for the women.

In the single mixed relay, the U.S. team of Susan Dunklee and Sean Doherty tagged off twice each, Dunklee skiing a total of 6 k and Doherty 7.5. Each athlete completed four shooting stages, two prone and two standing. Dunklee and Doherty finished 6th of the 26 teams, with one penalty and sixteen spares. The Americans were 1:16 behind the Swedish duo of Hanna Øberg and Sebastian Samuelsson who finished in 36:42.1 with two penalties and eleven spares. 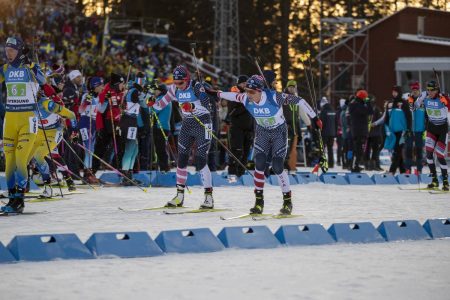 The Italian team of Liza Vittozzi, Dorthea Wierer, Lukas Hofer, and Dominik Windisch took the 4 x 6 mixed k relay win in a time of 1:05:56.1, holding off their Norwegian pursuers by a narrow margin of 4.1 seconds. The Italians had the best shooting record on the day with nine spares.

Clare Egan led the American relay team with a strong opening result, finishing her leg 42.2 seconds behind the leader with no penalties or spares. Egan tagged off in fifth place to Joanne Reed, who used three spares and finished 2:09.9 back. Leif Nordgren skied third for the U.S. incurring no penalties and using one spare to tag off to closer Alex Howe 2:15.1 behind the Italians. Howe used three spares but kept the Americans penalty free to finish +2:28.1. 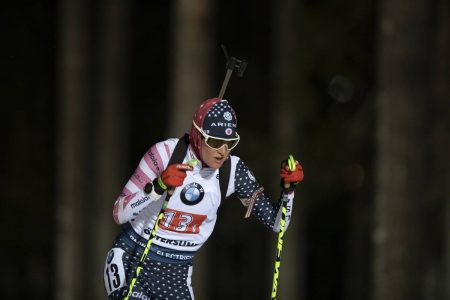 In the individual sprint events, Dorthea Wierer of Italy won the race in 19:48.5 with no penalties and one spare.

Norway’s Johannes Thingnes Bø was the victor on the men’s side completing the 10 k in 24:18.3 with one penalty and no spares. 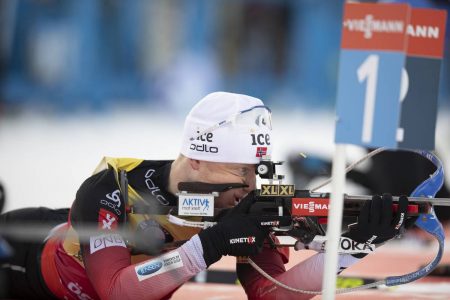 Johannes Thingnes Bø during the 2019 IBU World Cup 10 k sprint in Ӧstersund, Sweden. Bø won the race while his brother, Tarjei, placed second. (Photo: NordicFocus) 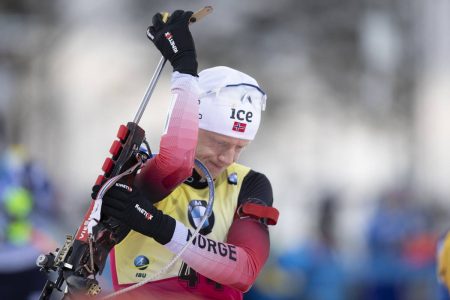