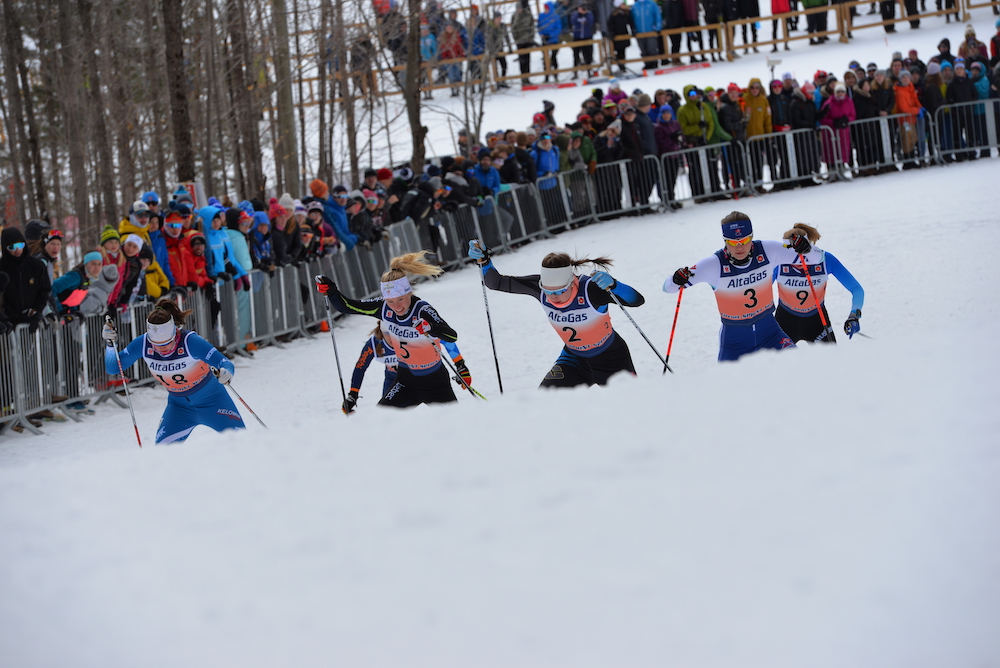 Canadian Ski Championships has come to an end with the mass start classic for the younger age groups.

While is is hard to prove that this is the largest nationals ever, it is clear that Évènements Nordique Gatineau Nordic Events (ÉNGNE) has organized a successful week of racing for roughly 700 athletes.

One of the reasons this venue attracts large fields is simple geography: 12 million Canadians live close enough to drive there for a race weekend.  While Gatineau is a city of 276 thousand, Canada’s capital Ottawa is just across the bridge, allowing the venue to draw volunteers from a local community of 1.3 million.

Along with  a proximity to large population centers, a huge amount of work including infrastructure upgrades like snowmaking and the formation of ÉNGNE (which also hosted the first stage of Ski Tour Canada in 2016), allowed for a smoothly run event.

ÉNGNE tracks volunteers hours as part of their system for sharing revenue between the four organizations. This allowed Jim McCarthy to quickly summarize the effort that goes into this event.

“On a daily basis during the Championships, there are some 200 to 250 volunteers on site (some days more volunteer-intensive than others),” McCarthy wrote. ” The total volunteer hours on site during the event would be roughly 7000.”

There is also volunteer work, starting before the bid to host is submitted.

“There is a lot of advance work, upgrading the site, adding a new timing-building, planning and organizing, communications, hustling for sponsors, subsidies, etc..  I would estimate some 4000 hours of on-site work, and about 2000 hours of off-site,” McCarthy added. 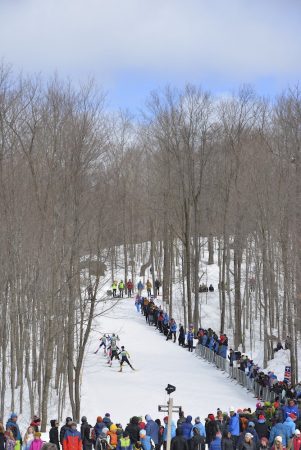 There are a lot of good places to watch at Nakkertok. (Photo: Rob Smith)

“I’m so happy to win here in Nakkertok. It’s an amazing place, so thanks to all the volunteers for making it happen.” — Maya MacIsaac-Jones

“Today’s atmosphere was incredible. Racing at nakkertok is always great, it’s really one of my favorite venues. Especially the sprint, going twice up the hill gives the opportunity to the crowd to gather there and it’s awesome. It was probably my best experience at a national championship.” — Antoine Briand

“My highlight of this Nationals has been being a part of it. I have never been to a Canadian National Ski Championships where the field is so deep, with National Team members, competitive domestic racers and so many international racers. The atmosphere has also been amazing with great announcing, well run logistics and awesome fans! I look forward to Nationals coming back to Nakkertok soon!” — Julian Smith

“Nakkertok trails are really fun and challenging.  It’s good to go back in Gatineau were I used to race every years when I was young.” — Alexis Dumas

“It’s always really fun racing here at Nakkertok and I had amazing skis today, which really help on the last kilometre of this course, with lots of high speed.” — Dahria Beatty

“The cheering!” — Katherine Stewart-Jones loves racing on her home course

“The atmosphere at Nakkertok is fantastic.  The organizers are doing a great job making this event feel special and everything has been running smoothly so far.” — Rémi Drolet

“It’s also been a long time since I raced at home and so far it’s been unreal. The trails are so good, the crowds was really big today (and cheering for local skier) as well and the organizers have been doing an awesome job. The ottawa/gatineau region is probably the biggest basin of xc skier in the country and it makes canadian nationals championship look like real Scandinivian-like races with over 800 athletes racing. Also Nakkertok from spectator and skier point of views is the best course out there. You should see the stadium it gets the energy going up that’s for sure.” — Antoine Cyr at home

“Racing here at Nakkertok is so awesome and seeing so many young skiers out is really inspiring.” – Emily Nishikawa

“It is so great to see so many athletes racing their hearts out and sharing their love for the sport! The more skiers in Canada, the faster we will become as a nation.” — Katherine Stewart-Jones

“It was a lot of fun to ski with a large pack for the first half of the race, because it isn’t often that women’s mass start races pack up in Canada.” — Alannah Maclean

“Having World Cup finals in Canada feel like a blessing, it give us the opportunity we need to go and race versus the big guys , and in Québec, it’s even better. All my friends and familly will be there to cheer and that is very special.” — Alexis Dumas

“Len and I wanted to use today as a prep for Finals, and felt having a fun day of racing fast was the best way for us to enter Finals in the best spirits and with the body primed. Also with it being Len’s last Nationals it was really important for us to be out there representing Team Hardwood.” — Bob Thompson 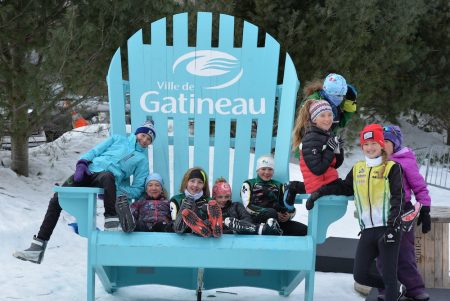 Nationals is not just about a few senior athletes. (Photo: Rob Smith)