Note: Photos from this story are courtesy of John Lazenby. Many more photos from the Eastern Cup weekend are available at his website.

The New England Nordic Ski Association (NENSA) tried out an old format for the first time in years at this weekend’s Eastern Cup openers in Craftsbury, Vermont: a two-day pursuit, with interval-start classic races on Saturday and a freestyle pursuit on Sunday based on the classic results. The races were particularly competitive with dozens of Canadians from Quebec and Ontario joining the standard field from the Eastern U.S.: club teams, senior elite teams, and some college athletes.

U16 girls were in the same race, with Anna Lehmann of the Stratton Mountain School clocking the fastest time for 12th overall, +2:12.9. She also topped the U18 field, which was led by Green Mountain Valley School’s Rena Schwartz in 20th overall, +2:31.6.

The men raced 10 k, with Craftsbury’s Ben Lustgarten topping the field in 29:45.1. It was a hard-fought battle as he only beat Patrick Caldwell of the U.S. Ski Team and Stratton Mountain T2 by 7.4 seconds. In third was Colby College’s Silas Eastman, +1:27.4. U18 Ben Ogden of the Stratton Mountain School finished fourth overall, +1:38.9, and Williams College’s Braden Becker landed fifth, +1:52.2.

Temperatures warmed on Sunday and the snow turned to rain, but luckily the manmade base of the Craftsbury Outdoor Center’s 2.5 k loop held up well through nearly 400 racers doing two to four loops each.

In the U16 girls’ 5 k skate, Lehmann held onto her lead, as did Koch in the U16 boys’ 5 k skate. Guiney clocked the fastest isolated pursuit time in the women’s 10 k skate, and passed her Craftsbury teammates, dropping first Miller and then Sargent, who also had a broken pole.

In the men’s 10 k skate, Caldwell caught and passed Lustgarten to take the win; the pair also had the fastest two isolated pursuit times.

Sunday results (isolated pursuit times only, not order of finish): 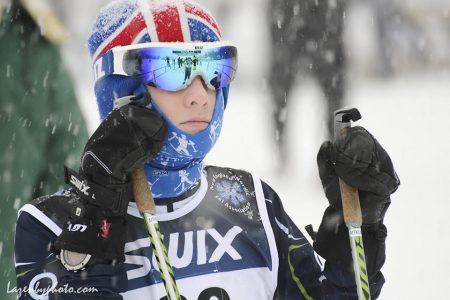 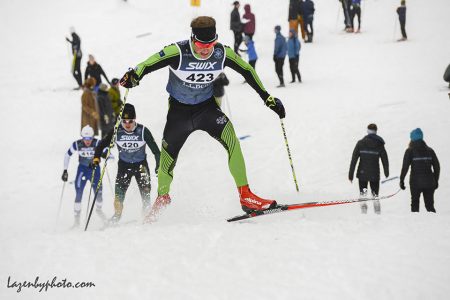 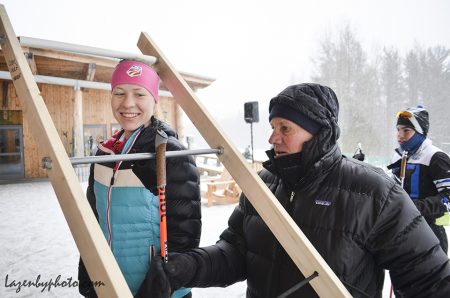 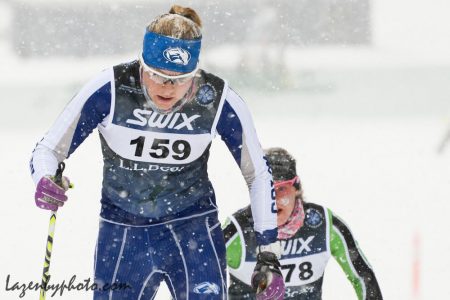 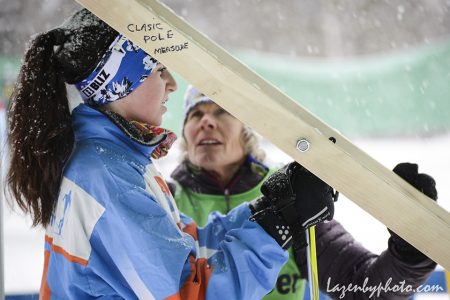 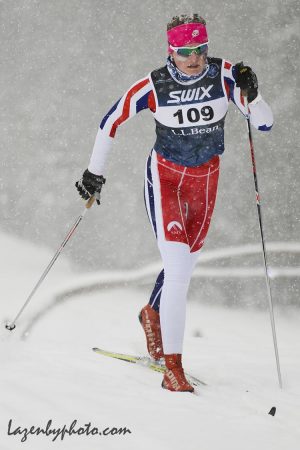 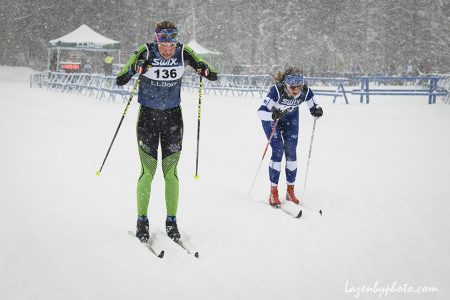 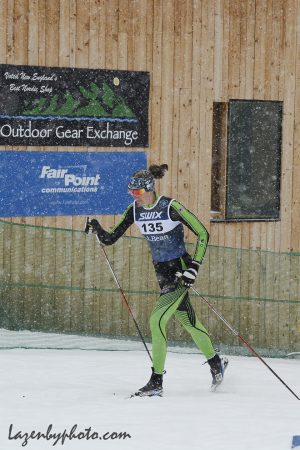 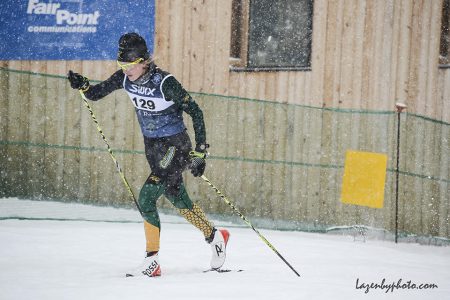 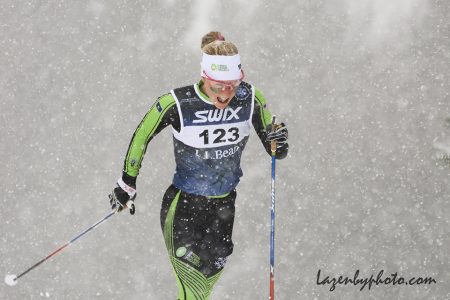