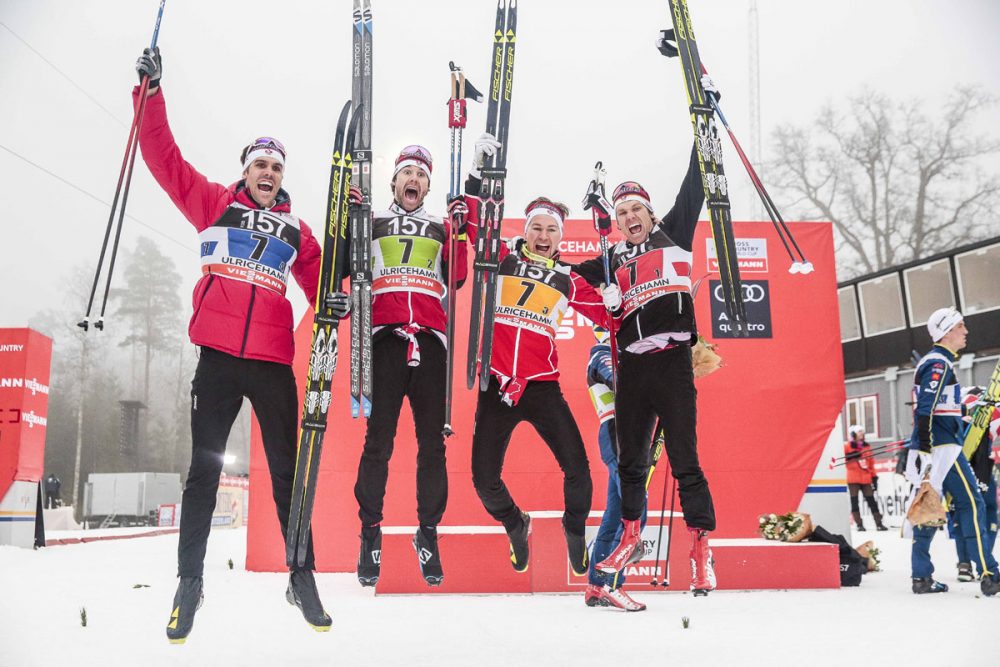 This is the second part of FasterSkier’s report on the state of high performance cross-country skiing and athlete development in Canada. You can read part one here.

Cross Country Canada (CCC), as the national governing body for cross-country skiing in Canada has the difficult task of steering a rather large ship. The idea in steering the ship is to maintain a path requiring little quick and nimble maneuvering. Survey the landscape, mine the data, set a course, and sail. Along the way, there’s the ability to make slight adjustments for efficiencies, accommodate unforeseen changes.

To help make those macro and micro changes, Cross Country Canada hired Nic Lemyre as a high performance consultant in June, 2018. Lemyre, a Canadian living in Oslo, Norway has concrete ideas of what sustainable improvement and success resemble.

Where do we want to be? 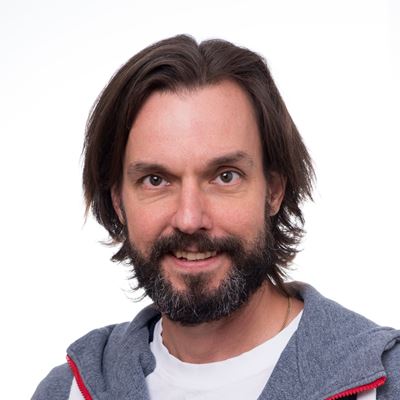 “We’re thinking our starting point is to build a really strong relay team, on both the women’s and the men’s side,” Lemyre told FasterSkier. “We want to have five athletes, so that we can rotate with the fifth athlete and we’re never in a situation where we can’t field a strong team because one athlete’s injured or sick.”

According to Lemyre, the composite team must be derived of skiers who can hit specific individual benchmarks “[When] we have athletes that can start scoring points in every race they enter on the world cup, that’s a medium term goal,” Lemyre said. “From there, we start aiming for the top-15 for all athletes that are identified in that group.“

Part of the reasoning behind the relay vision is that for a skier to get a permanent spot on the World Cup, the athlete not only has to reach a high level, but also help raise four other Canadians up to that level. Lemyre believes this should foster cooperation and team spirit.

How do we get there?

After PyeongChang, CCC appeared to have both the political will to start the painful process of another re-invention. However, that will came with a reduced budget with which CCC could support its future options.

The simplified model of corporate restructuring begins with terminating certain roles and concludes with creating new roles filled by new individuals near the top of the organizational pyramid. Often, in a medium or large corporation, most people will be shuffled around and only a few near the top will lose their jobs. The final step is to find a quick win to help the newly reshaped organization gain morale and unify.

In a small organization like CCC, everyone is near the top. While the process works well for the survival of the organization, it can be hard on individuals.

The change at CCC began with long-time High Performance (HP) director Tom Holland’s planned retirement. Lemyre was hired as a consultant to oversee the restructuring of the HP group. Shortly before Lemyre’s hiring, CCC eliminated some positions.

As Joel Quenneville’s recent firing demonstrates, proven ability and past success is not enough to provide job security during a reboot. (Quenneville was the NHL’s Chicago, Blackhawk’s head coach since 2008. During his tenure Quenneville lead the team to three Stanley Cups.)

Bråten, a recent Norwegian School of Sports Science graduate with a specialization in cross-country skiing, won the 2018 coach of the year award from the Norwegian ski federation. This hiring didn’t happen as quickly as some had hoped, but is considered the first win for CCC’s new structure.

“Erik has a strong sports science background applied to cross-country skiing,” Lemyre said on the phone. “His profile is unique in our environment. The fact that he’s young is really positive for us, because he’s open to this new experience. He comes with a solid base, and his excitement and his motivation, I think, will be great assets in applying that knowledge in the right culture in Canada. At an individual level, Erik is unique in working one on one with athletes. I think our athletes are going to really appreciate that.”

Along with bringing in new personel, Lemyre aims to improve sharing of training information in Canada. In Norway’s organizational structure, athletes and coaches are able to log hours and training plans on an interface organized by the Norwegian National Ski Federation. It’s a model and template Lemyre is intimate with.

“The fact is that we have a large country, and we can’t be with athletes every day of the year following them on site,” Lemyre said. “Now the technology is there to pool [training data] in a way that our coaching staff and the local coaches can communicate really well, But also as we’re building up our science team, we also have interaction with our different people involved in helping the athletes develop.” 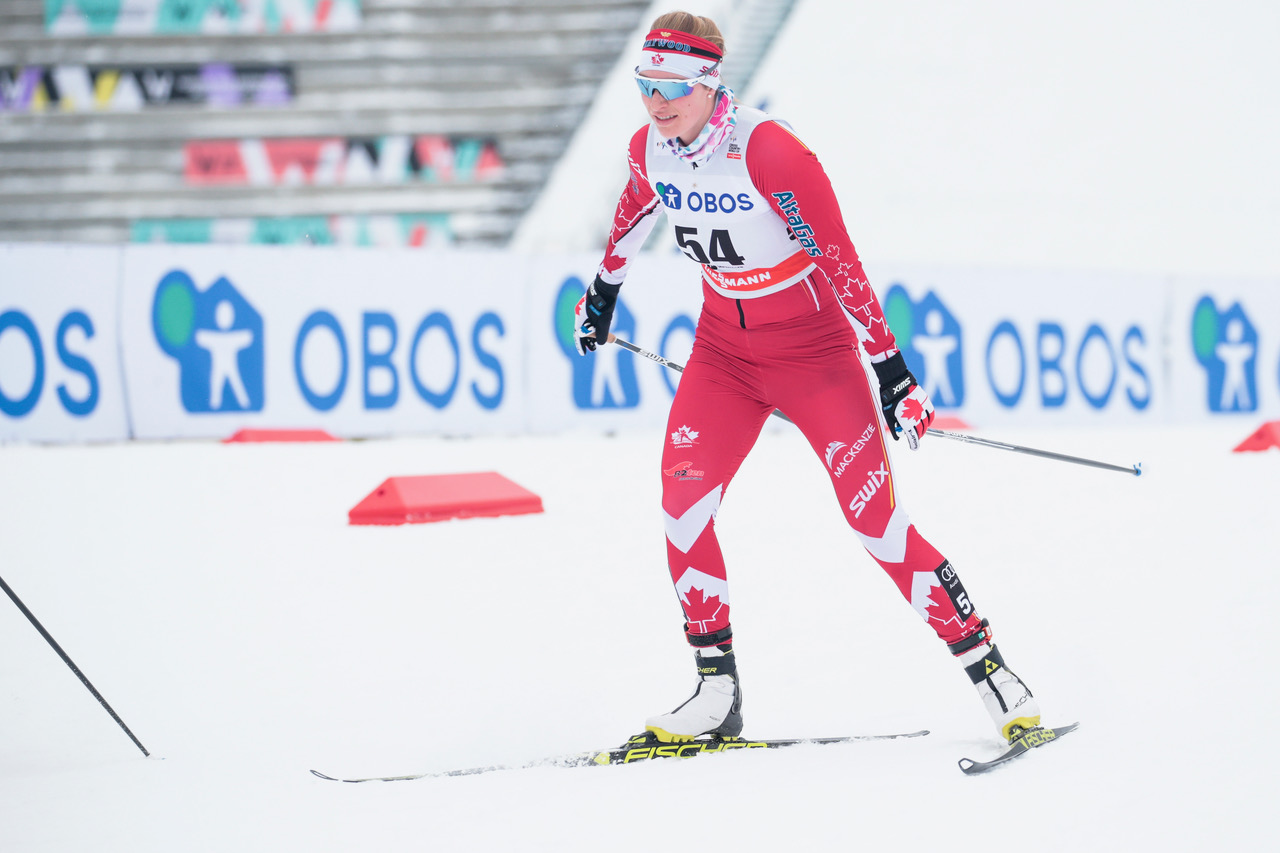 Another planned shift is to interchange athletes between Europe and Canada more often. For example, Dahria Beatty will start the season in Canada — a change encouraged by her coach Chris Jeffries and supported by Lemyre.

“This summer my coach Chris and I came up with a plan that allowed me to stay in Canada to start the season to build into the race season and then head over the Europe and race on the World Cup circuit leading up to World Championships in Seefeld,” Beatty said. “With this being the first year of the new quadrennial, it is the perfect time to fine tune some of those race details domestically before leaving for Europe mid-December. I am looking forward to racing part of the Tour de Ski then period 3 and hopefully finding my peak for World Championships and World Cup finals in Quebec.”

Lemyre’s concept is to allow athletes like Beatty to build into the early part of the season domestically and arrive in Europe at a higher level of race fitness.

“The way we scheduled the trips this year, giving some athletes the chance to prepare very well before they race on the World Cup,” Lemyre added. “I think some of them will be stronger when they show up on the World Cup, and also they’ll be able to sustain that level of performance over the time period they are on the World Cup. We will try to be a little more selective and well prepared when we show up, and then post really good results when the athletes are racing the World Cup.”

Jeffries stated that the stress of living abroad, a dynamic known all to well by North American World Cup skiers, can be counterproductive to a developing athlete.

“The last few years, our top athletes spent the majority of their time in Europe,” Jeffries said. “I think it stalled our development a little bit, because we’re always living out of a suitcase, and we’re always having to ski races where we’re trying to perform.”

Dave Wood spent 18 years as a national team coach. His time leading the team included the post-Nagano rebuild and managing athletes at the Olympics in Vancouver. His vision includes giving skiers more time to develop and less emphasis on being fast all season.

The U.S. has been able to develop a strong women’s team built off Kikkan Randall’s determination to drag U.S. skiing to the top. Randall took inspiration and knowledge from Canada’s post-1998 rebuild where Scott, Renner, Milaine Thériault, Jamie Fortier and Amanda Fortier decided it was time to lead the charge. 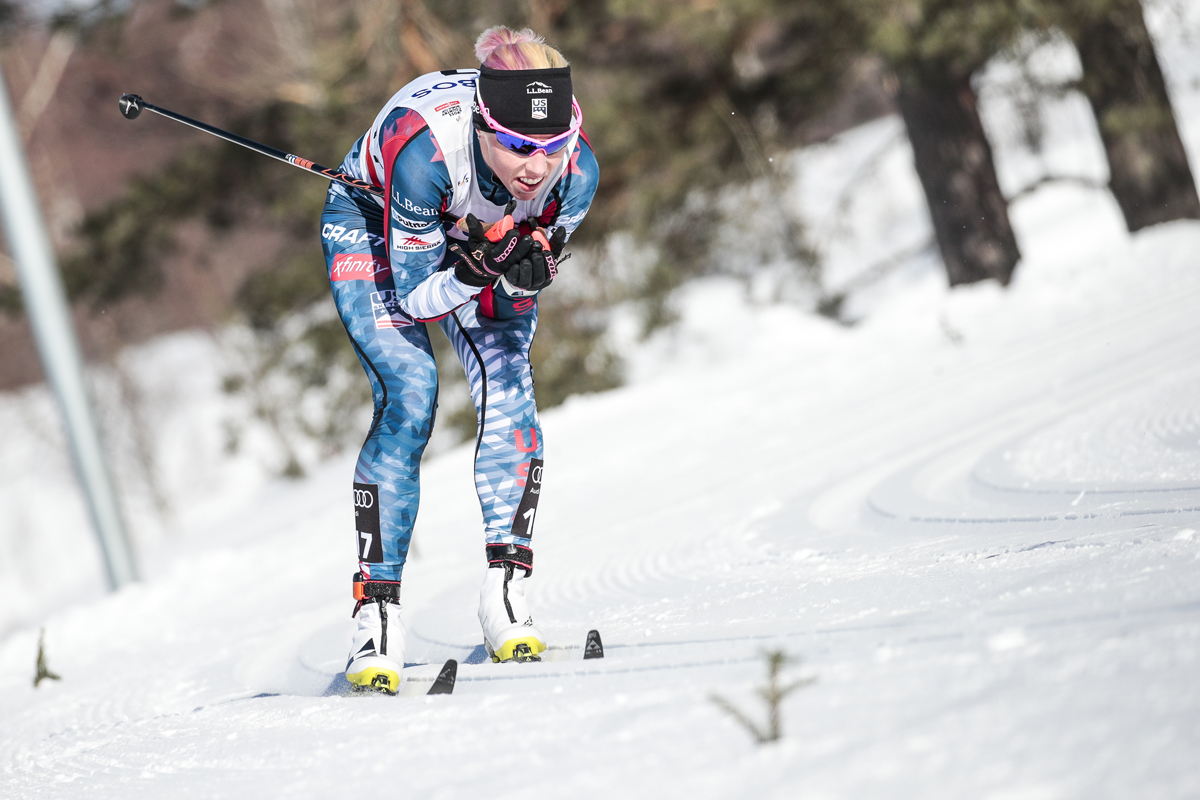 In both cases, the athletes didn’t succeed alone. The “fantastic five” got the support of Holland, Wood, and many others. Randall also collected a large supporting cast, well documented by Peggy Shinn’s book ‘World Class’.

Laura McCabe, now a Methow Valley coach and two-time Olympian, spent most of her free time in Nagano with the Canadian women’s team because it felt like a group that had a vision and a willingness to support one another to collective success.

“It just shoots you up the ladder when you come back and you feel like you have a very safe place, you’re working on this goal together, you’re all in it together, and you’re there for each other all the time,” McCabe told FasterSkier. “I felt like the Canadian women were doing that. And now I feel like Matt Whitcomb has led that charge for the American women.”

While crediting Randall for starting the process, McCabe feels that the team’s work to be a team is the critical factor.

“They have goals, team goals and they have personal goals,” McCabe said. “They are always there for each other. One of their biggest goals is to basically keep their relationships positive and keep everybody moving forward. I think that is one of the number one reasons that team is doing well.”

In a conversation last May with FasterSkier, Yukon coaching icon Alain Masson spoke of the complexities of achieving success on the international stage. Simply possessing physical gifts, the aerobic capacity, the predisposition to tolerate and absorb high training loads, is no guarantee of success.

There’s the behind the scenes unglamourous work of nurturing athletes, remaining true to organizational core values, and feeding the system with money, intellect, and vision.

“Definitely, there’s a minimum set of physical characteristics that you need to perform at that level,” Masson explained to FasterSkier. “But you also need many characteristics, personality characteristics, that are vital. What Alex showed, and Sara Renner, and Chandra [Crawford] and Beckie [Scott]. I think athletes that combine both the physical and the mental characteristic at a time when the program works together, and everything lines up with the funding, good leadership, and everybody working together. That’s the difficulty, this is the issue, trying to get all of that together. As the women in the U.S. have demonstrated, when you have all of that lining up, it’s amazing what you can do.”