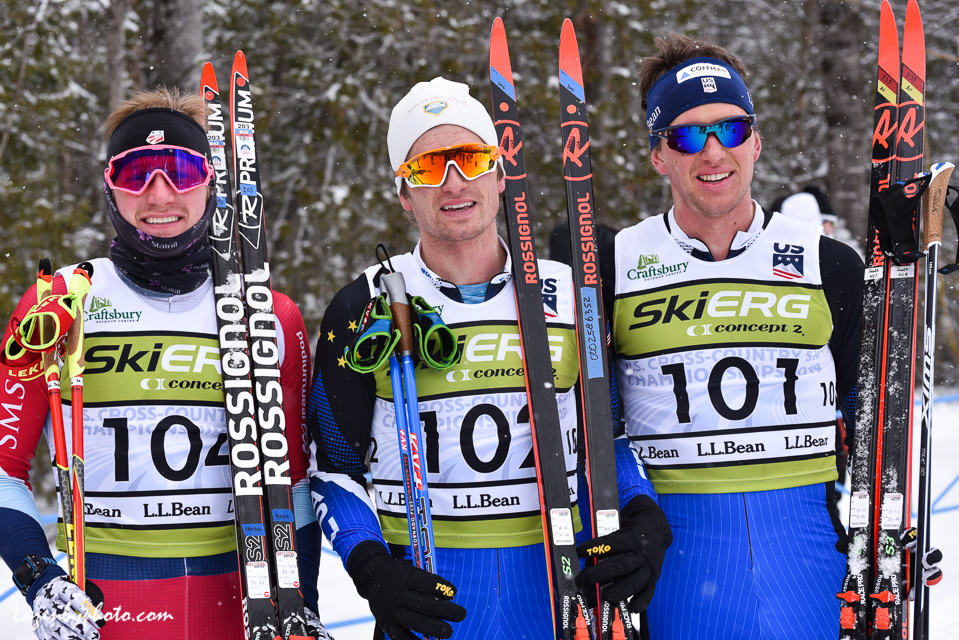 Always a threat in the grinding and longer distance races, APU’s David Norris positioned himself as the primary disruptor in the men’s 30-kilometer freestyle mass start at the U.S. Cross-Country Ski National Championships in Craftsbury, VT.

With the men racing after the women’s 20 k, the 5 k ski loop used for the mass starts had been skied in, with a faster, narrower best-line often making for a single thread of skiers.

“It was kind of single file from the start and then midway through the third lap, I went to the front with a hard push and by the time we were lapping through Kyle [Bratrud], Scott [Patterson], and I were skiing together,” Norris told FasterSkier in Craftsbury.

Behind the three skiers dictating the sharp end of the race that saw 85 athletes finish on Sunday, organized chasers, small packs and solo skiers alike, were unable to gap up to the three who formed the race podium.

Late in the race, at the 29.2 k mark, Norris had a one second lead on Bratrud, and a five second gap on Patterson. Those small time differences grew slightly as Norris pulsed in his move to secure his first U.S. national championship.

“I wasn’t fully committed to the move, but when I saw that I was starting to gap I knew I had to go with it, “ Norris said. “Once I’m committed to it I had to give everything I could to get to where that feed zone was, about 500 meters to the finish line, if I could make it there with the lead I could finish.” 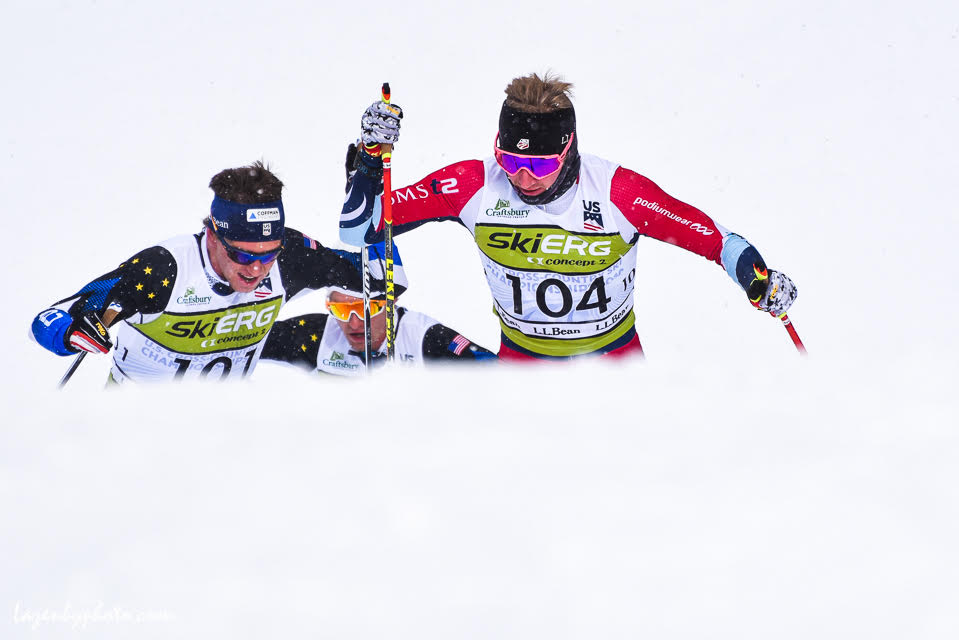 For Bratrud, it was his second podium of these U.S. nationals; he won the 15 k classic last Thursday.

“David made a pretty aggressive move around 11 – 12 k that really broke open the field,” Bratrud reflected after the race. “Basically, from then on it was David, Scott and I. Then we were just jockeying for position until the last couple k when we really got after it. … I certainly wanted the pace to be hot. I don’t really like races where there’s a lot of people crowding me, so I was happy to see it. I just sat in behind them and tried to ski smooth and save my energy because I knew that they would be strong in the last k and they were. I was able to hang on for second but David was too strong for me today.”

Patterson’s third place comes after the U.S. Ski Team skier raced Period 1 on the World Cup. The 2018 Olympian has yet to recapture his form that saw hip capture an 11th place in the Game’s 50 k classic.

“It was great having David, I knew he was going to be strong today,” Patterson said after Sunday’s race. “I is always a battle, we are fighting each other for World Champs too, so it’s great to have a teammate, but you always want to win.” 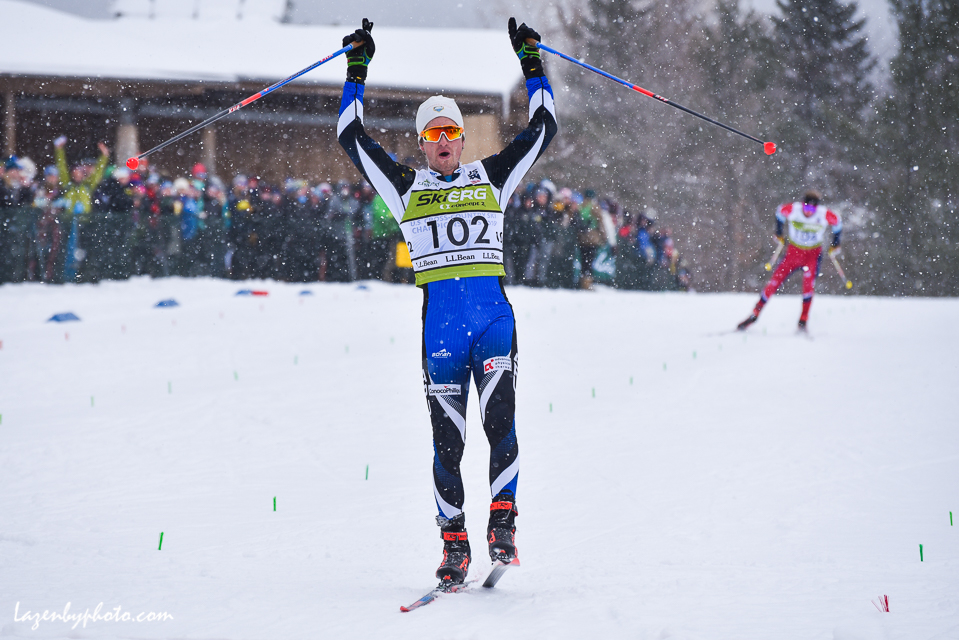