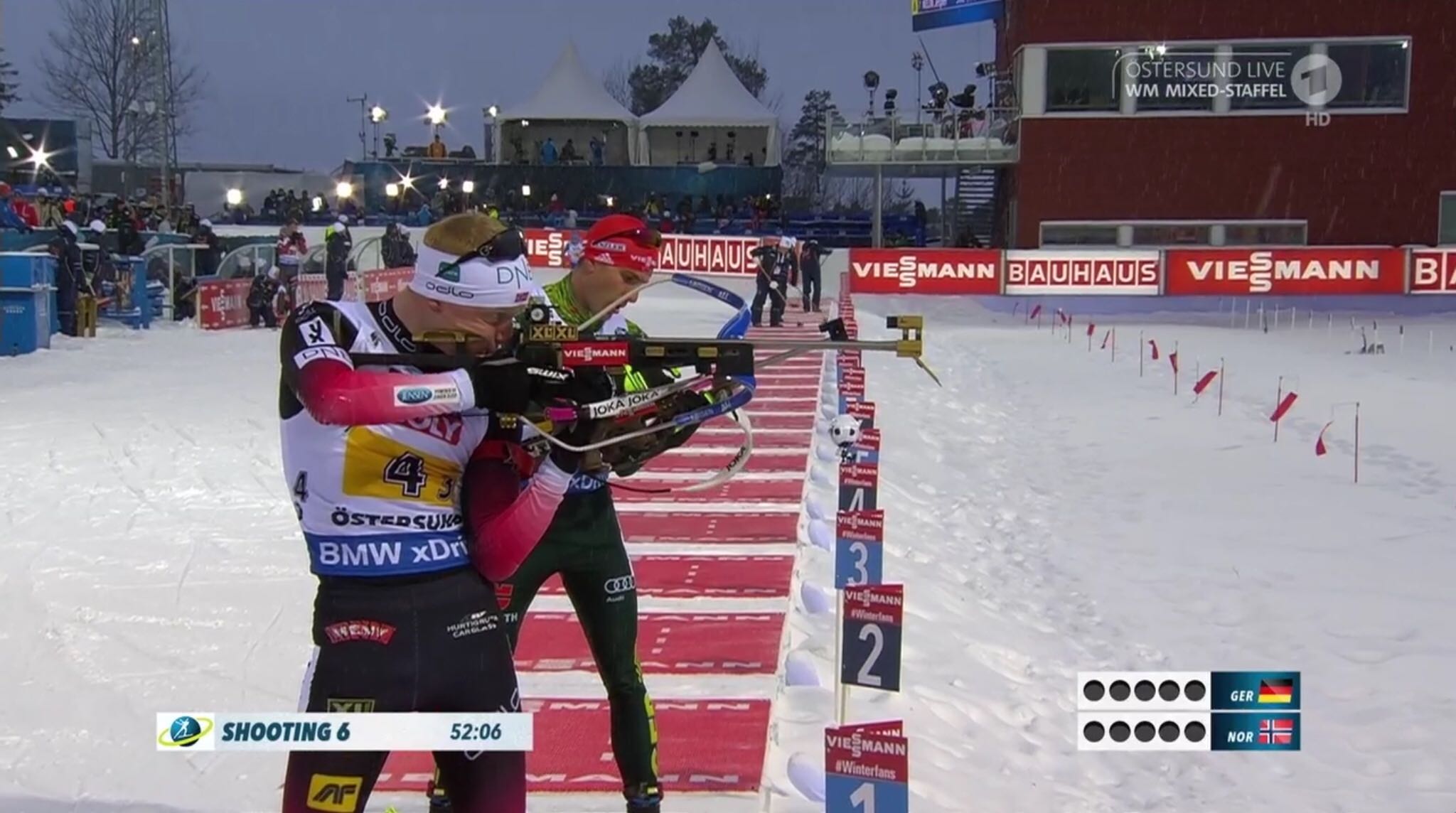 Johannes Thingnes Bø of Norway (bib 4) during the mixed relay at the 2019 IBU World Championships. (Photo: ARD screenshot)

Marte Olsbu Røiseland, Tiril Eckhoff, Johannes Thingnes Bø,  and Vetle Sjåstad Christiansen of Norway won the opening race, a mixed relay, of the IBU World Championships in Östersund, Sweden. The foursome won the race in 1:17:41.3 hours.

The Norwegians ultimately took control of the race as they gapped Germany in second place, and put 1:09.6 minutes into Italy’s Lisa Vittozzi, Dorothea Wierer, Lukas Hofer, and Dominik Windisch for third overall.

Racing continues tomorrow for the women with a 7.5 k sprint.