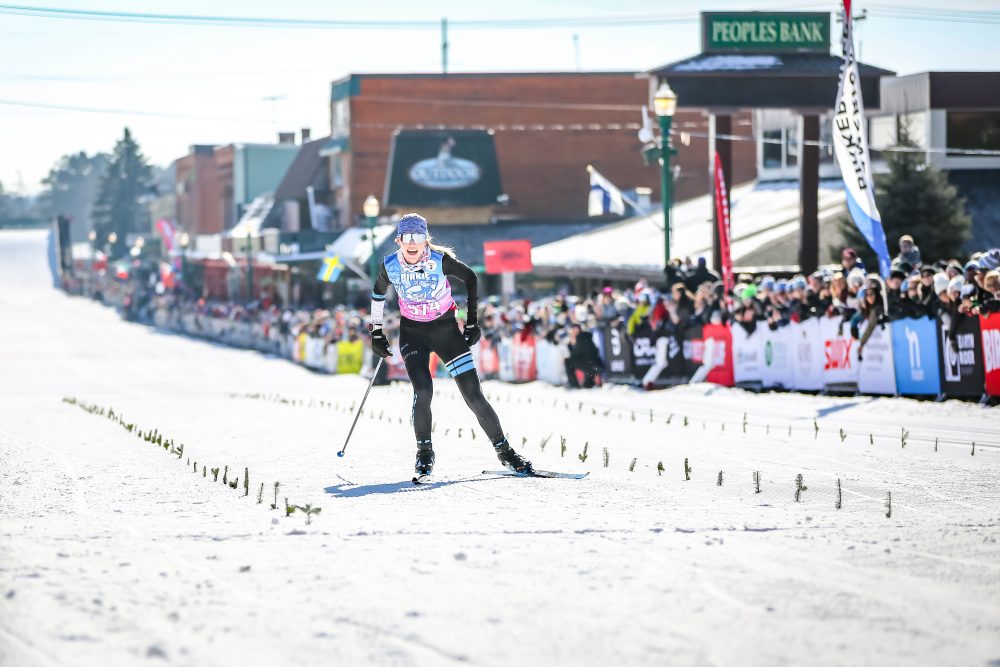 At the end of the 2018 season after being on the wrong side of the cusp of making the Olympic team, Erika Flowers made a transition in her ski career. She left her Stratton Mountain School T2 training group and returned home to Bozeman, MT where she began a role as the Associate Director at Profitable Ideas Exchange. However, Flowers did not hang up her skis — it was not retirement, just a transition and a new work-life-training balance to navigate.

And she has done so swimmingly. It has been one of her career best seasons, including a sprint and distance podium performance and racing in the final of three additional sprints. Flowers currently sits in second in the overall SuperTour standings, less than 30 points behind leader Kaitlin Miller (CGRP).

Most recently, Flowers was the top American and third overall at the Birkie 50-kilometer skate with a time of 2:15:00 (+1:39.4). After Jessica Yeaton charged off the front at OO (roughly 20 k in), Flowers worked with a chase pack that included Riitta-Liisa Roponen and Kaitlynn Miller. 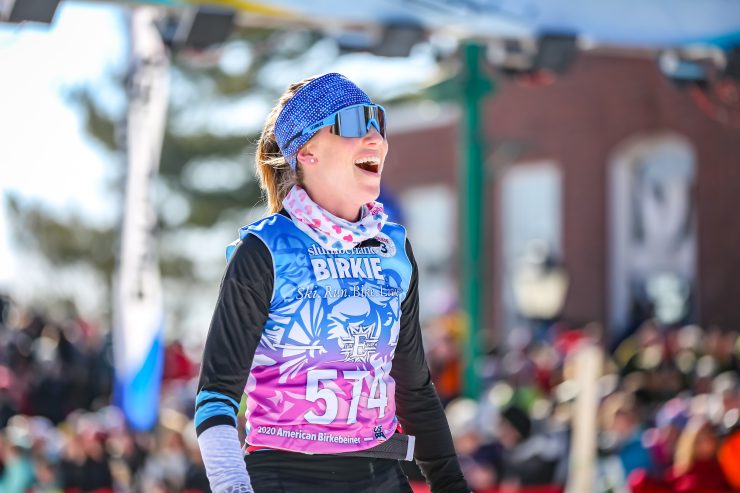 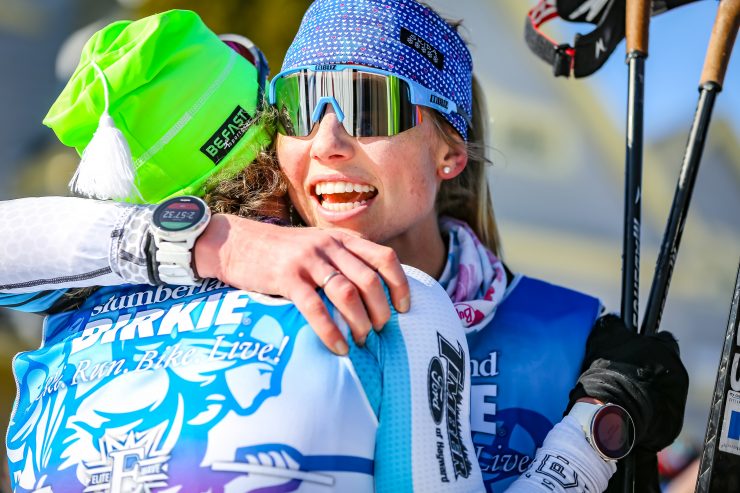 Additionally, in the Minneapolis SuperTour events the week before the Birkie, Flowers popped the fastest qualifying time in the freestyle sprint and ended the day second overall, and was just off the podium in 4th in the 5 k classic.

In this conversation, Flowers shares further insight into how she fits her training, which she plans with her husband Andy Newell, into her work schedule and discusses what she has learned through this transition. She explains that the saying “happy skiers are fast skiers” has given her a sense of freedom to do things a different way that she was accustomed to.

“There’s so many things that the athletes who are racing full time do to perform at that level and I think that you have to do those things to some degree. But I’m someone who always did things by the book and if someone told me to do eight intervals of this type, I would always do eight and maybe nine. That made me very fit, but I think it also maybe sacrificed some of the flexibility that’s also required to be a good athlete, and maybe at times, I was not as happy doing it that way as I could have been.”

Flowers also discusses her goals for the remainder of the ski season, which include racing in the Minneapolis World Cup sprint and the World Cup finals in Canmore.

We also discuss her summer plans to continue challenging herself in mountain running races, including her the 50 k at Run the Rut in Big Sky, MT. She also shares that she has recently received a nomination to the North Face trail running team and is currently looking through additional race options with them. Thanks for listening. 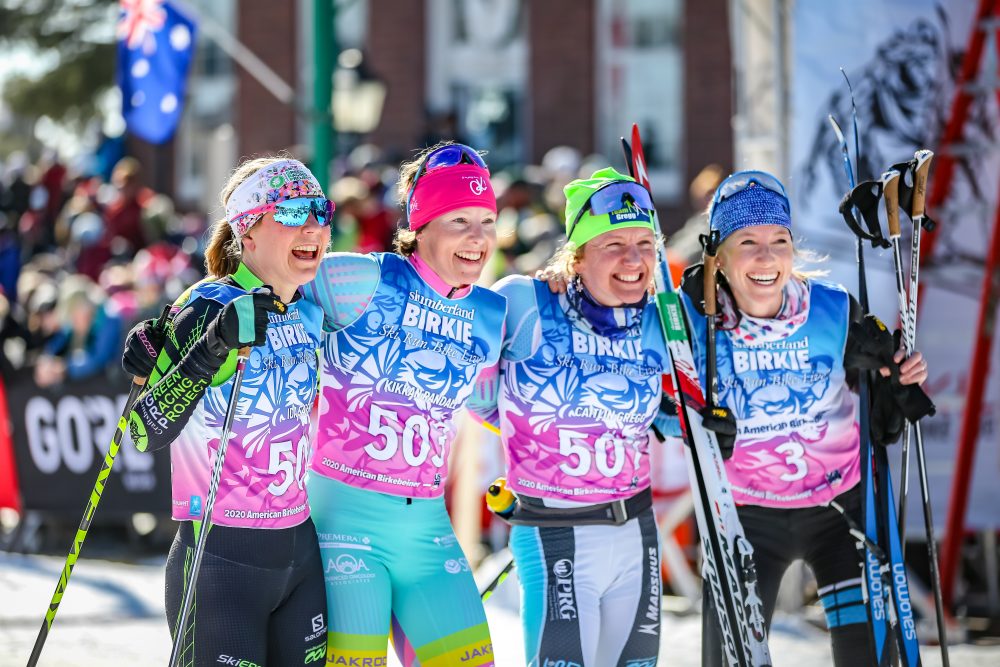