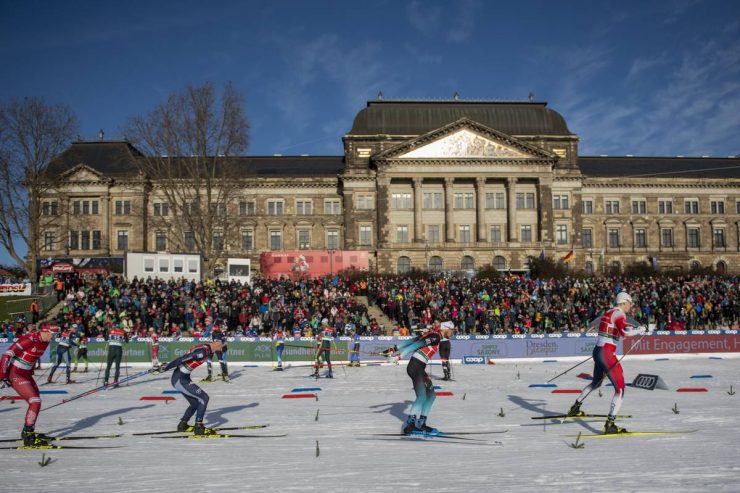 It was dizzying in Dresden for the skate team sprints. The man-made loop of lightning-fast snow had skiers going literally round and round for a total of 11 exchanges between teammates. Each skier skated a single 0.7-kilometer lap, for a total of 7.8 k. Each skier raced six laps. Turn your head dizzy. 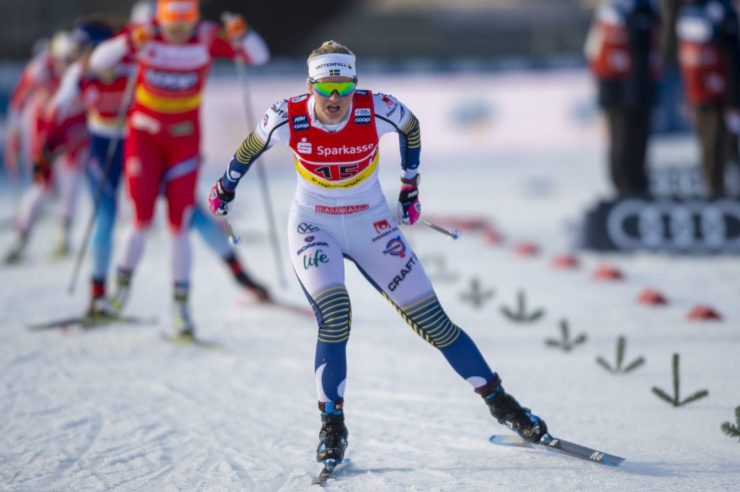 The finals consisted of ten teams. Sweden I animated the race with its display of pull ahead speed late in the race. Sweden I featured Maja Dahlqvist, who won this event last year with Stina Nillson. This year, Dahlqvist and Linn Svahn, yesterday’s skate sprint winner, had the pleasure of burning plenty of matches in Dresden.

Sweden I’s tactics were clear: late in the race, with several exchanges remaining, apply speed to the front, separate from the pack, and position themselves for the win. According to FIS, that has been somewhat easy for Sweden to do of late: Sweden has won seven of the last eight women’s team sprint World Cup events. This includes the last five in succession.

So it was today, as Dahlqvist tagged to Svahn on the final lap with a 0.8-second gap on Switzerland I’s Nadine Faehndrich. Norway I came through 3.6 seconds back, and Sweden II another 0.4 seconds behind.

That was the race.  Faehndrich was able to close down and give Svahn a scare at the line for a photo-finish.

The U.S. team of Julia Kern and Sophie Caldwell placed fifth overall (+6.61). The U.S. pairing advanced out of the semis after placing third behind Norway I in first and Switzerland I’s Laurien Van Der Graaf and Nadine Faehndrich. 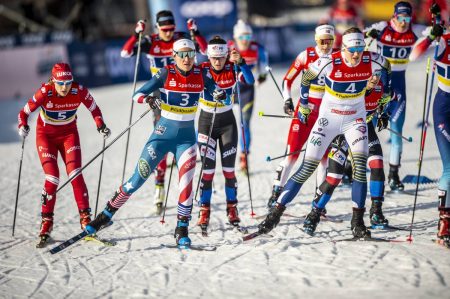 Sophie Caldwell (bib 3) finds her line heading into the u-turn before the exchange zone. (Photo: NordicFocus) 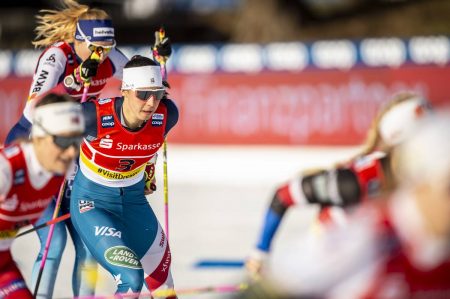 Canada I’s Katharine Stewart-Jones and Dahria Beatty placed third in the second semi-final — in a photo finish with Germany I for second —  and did not advance as a lucky loser. In the team sprint format, the two top teams advance, with the six remaining spots in the final given to the next six fastest teams via lucky loser spots. Canada I placed 11th on the day. 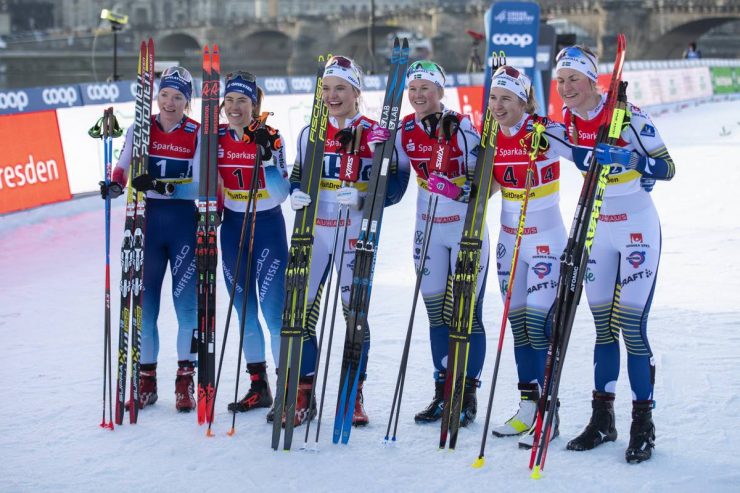 Looking for some smooth skiing technique cues for high speed skate skiing? Look no further than the Frenchman crossing the line in first on Sunday for France I. Lucas Chanavat — paired with Jay Renaud — was the kinesthetic perfection of coaches advising – and sometimes commanding —  athletes to ski big and tall. 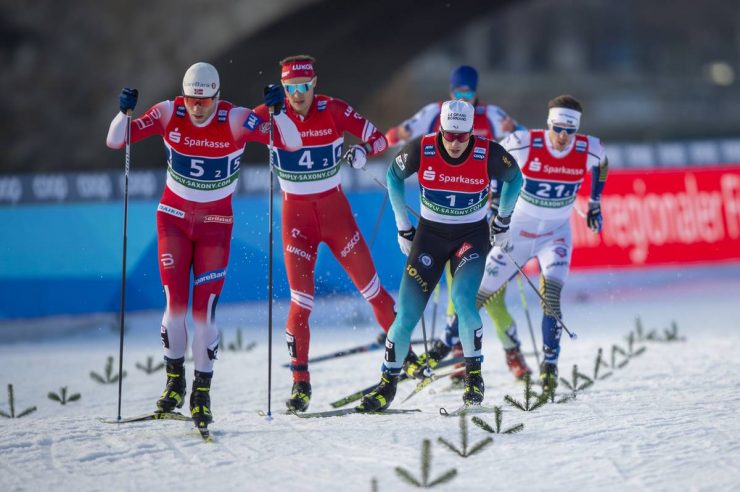 On Dresden’s quick 0.7 oval loop and deteriorating snow, Chanavat was simply big and smooth and just enough faster than the others.

In an event that saw five teams on the final tag within 1.4 seconds, France did not exactly have this Dresden team sprint nailed shut.

With the front five teams out of trouble, they came into the final straight drag race style. As noted, France I pipped in for the win. Sweden I’s Marcus Grate and Johan Haeggström were second (+0.09), and Russia I’s Andrey Krasnov and Gleb Retivykh third (+0.18). Norway I’s Håvard Solås Taugbøl and Sindre Bjørnestad Skar were fourth (+0.56).

Canada I’s Graham Ritchie and Bob Thompson were 14th overall, with Canada II 20th. For the U.S., JC Schoonmaker, a junior skier for the University of Anchorage Alaska, and Kevin Bolger were paired. They placed 21st for the day. 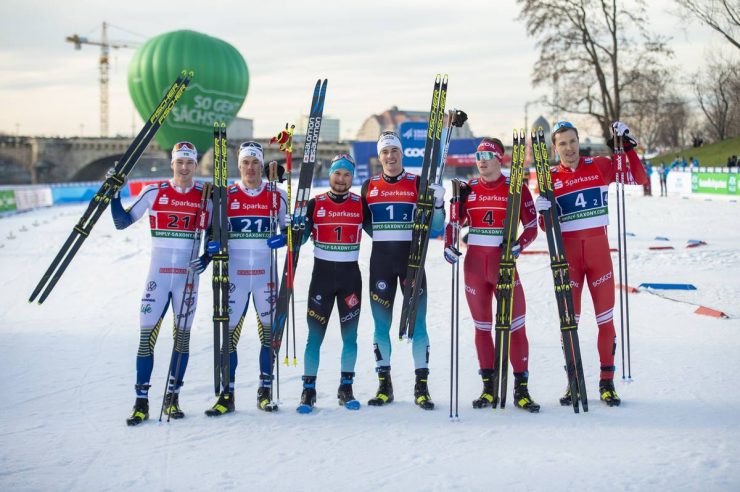