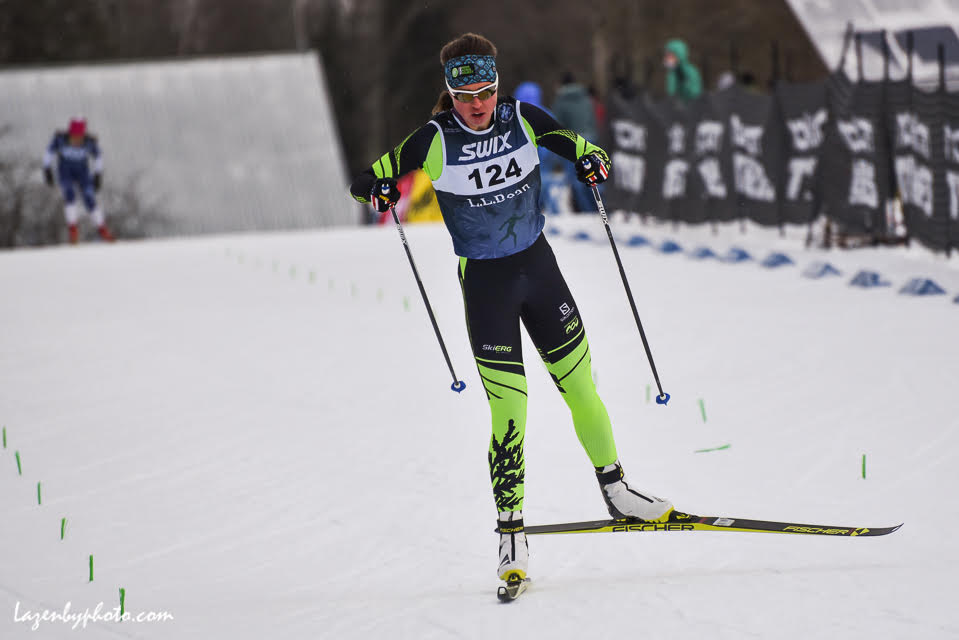 Over the weekend in Craftsbury, Vermont the first Eastern Cup series went down. On Saturday skiers raced a 1.6-kilometer freestyle sprint. On Sunday the women raced a 5 k skate, the men 10 k. 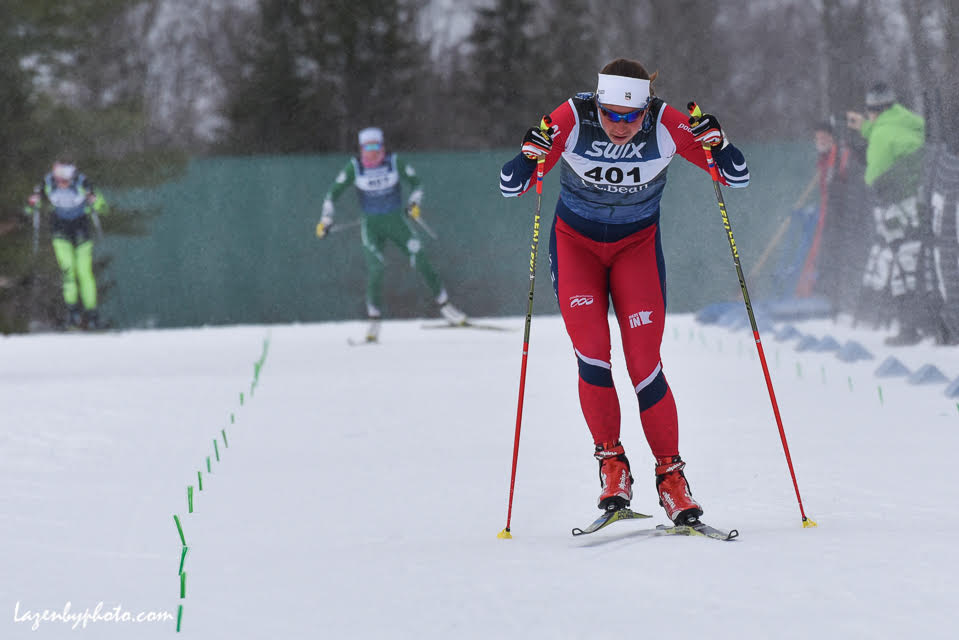 In the heats, Kern won the final, with Yeaton placing second. The day’s seventh fastest qualifier, Katharine Ogden (SMS T2/Dartmouth) finished in third. (Sargent pulled from the competition to rest for the upcoming World Cups.) 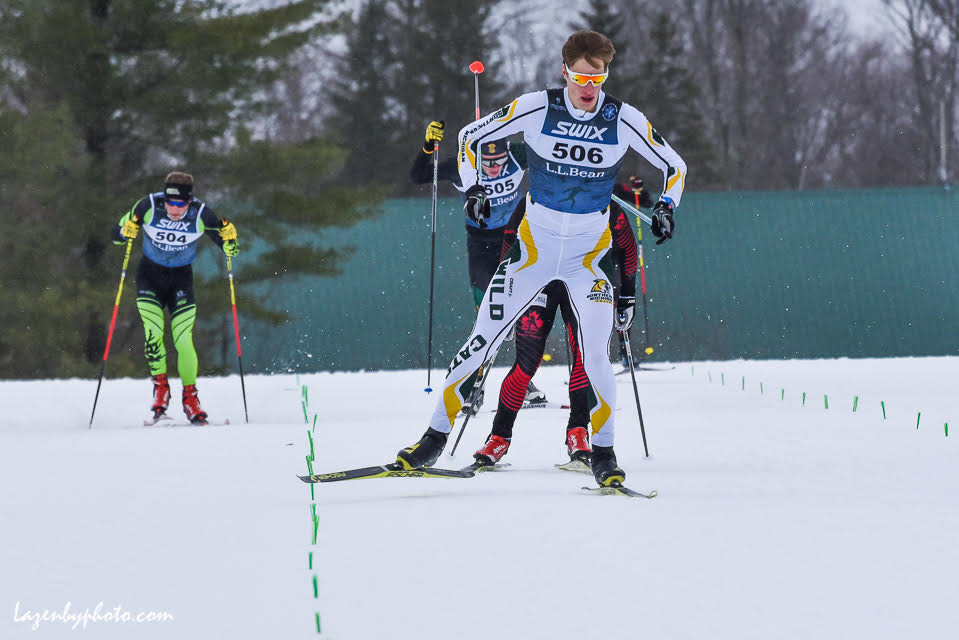 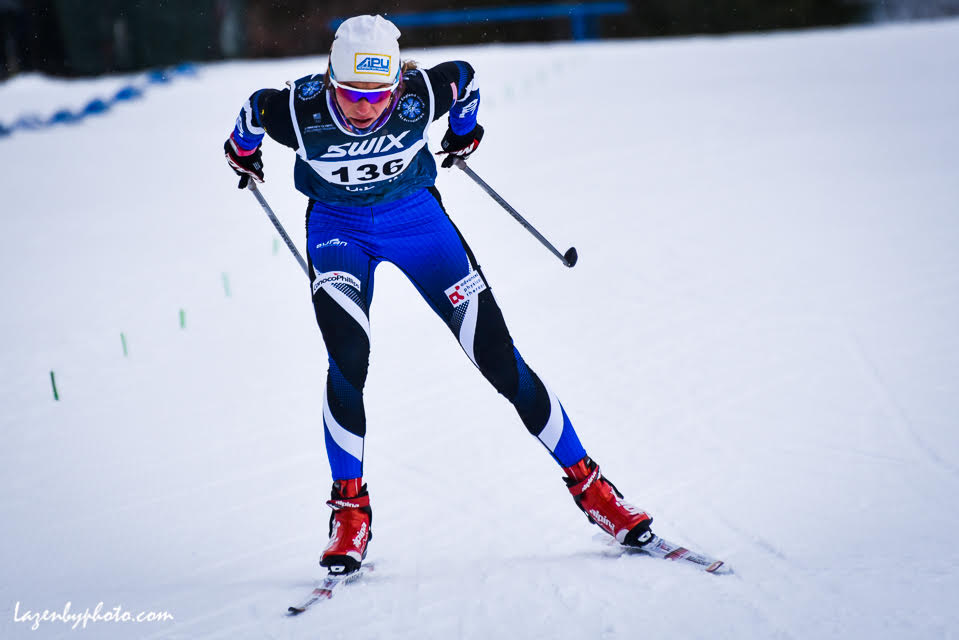 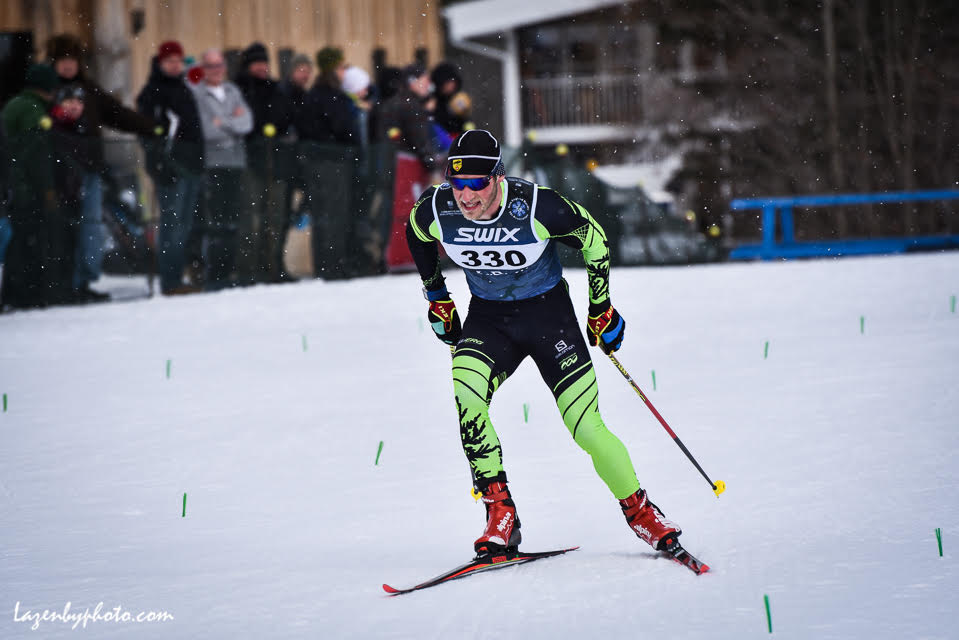 Ben Lustgarten (CGRP) winner of the men’s 10 k skate n Sunday — during the first Eastern Cup of the season.

For the men in the 10 k skate, Ben Lustgarten (CGRP) placed first in a time of 23:20.7 minutes. Although making the claim on Instagram he is not coming out of retirement, Kris Freeman (Caldwell Sport) was second in 23:430 minutes, and Zane Fields (Colby) was third in 23:46.9.

Young and old are welcome at the NENSA Eastern Cups. (Photo: John Lazenby)