Dave Stewart transitions from the University of Denver to the Steamboat Winter Sports Club.

After twelve years as the Nordic Head Coach at the University of Denver (DU), Dave Stewart will be stepping down. Under Stewart’s leadership, DU earned six NCAA Division I national championships in skiing. Stewart’s long list of accomplishments includes a 2016 co-Nordic Coach of the Year honor and five Rocky Mountain Intercollegiate Ski Association (RMSIA) Coach of the Year awards. 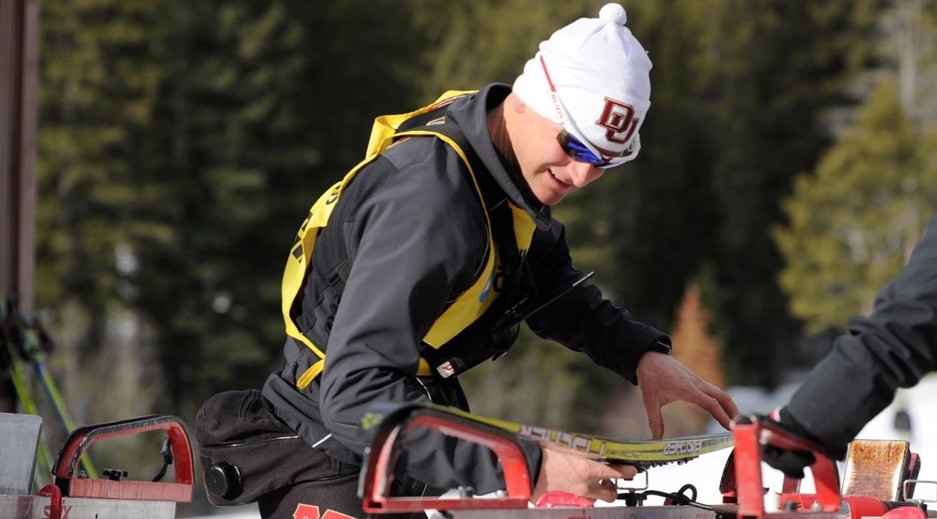 Stewart will remain in Colorado as he moves to a new position with the Steamboat Winter Sports Club. Stewart will begin his new job in June as the club’s new Athletic Director. His move to Steamboat brings him closer to family members that reside in the town.

“My wife’s family is up there, her dad and brother, her brother works for the club and is a freestyle coach there,” Stewart said on the telephone with FasterSkier. “And then we love Steamboat too. It is a great community. Being back in the mountains, my wife is from Lake Placid and I am from Vermont so that is a huge drive too. And we have a two-year-old and to get him up in the mountains and expose to some snow a little bit more is a big draw for us as well.”

Stewart knows the club well as five members of the DU ski team raced with the Steamboat Springs Winter Sports Club as juniors. Moving into an administrative role, Stewart said he welcomes the new broadened opportunity in Steamboat to work with athletes across several different sports.

“It is almost like a community service working at the club,” said Stewart. “They are right there in town and getting kids out on snow.”

At DU, Stewart was tasked with not only winning but fostering a collegiate experience that combines both sport and academics.

“I am sure I will miss coaching,” Stewart reminisced. “I have been involved with cross-country ski racing for a very long time as an athlete and a coach. I have enjoyed it very much. Working with people in this age group, you know, it is like there dream to come and be a student-athlete and pursue those goals, as an athlete and a student, I am going to miss that. There is no question about it. You cannot be a ski coach forever. You get to a point where you are looking to transition to something else. And to maybe a role that is interacting with sport at a different level, more of an administrative role. I think I have some good experience from here to be able to have a good impact on young athletes and coaches in that way. This is a good opportunity to step in that direction. “

Mathias Ahrens steps away from his role with Biathlon Canada.

In Canada, Mathias Ahrens left his position of coaching the Canadian National Biathlon team this past April. Ahrens spent 15 years with the team. He becomes the Head Coach at the Biathlon Alberta Training Center.

German biathlon star Laura Dahlmeier has retired from the sport at the age of 25.

In a storied career, she began competing internationally in 2011. She won 22 individual World Cup races, earned seven golds, three silver, and five bronze medals at the IBU World Championships. Five of those World Championship medals were earned in Hochfilzen, Austria in 2017. Dahlmeier also won two Olympic golds along with Olympic bronze in PyeongChang. 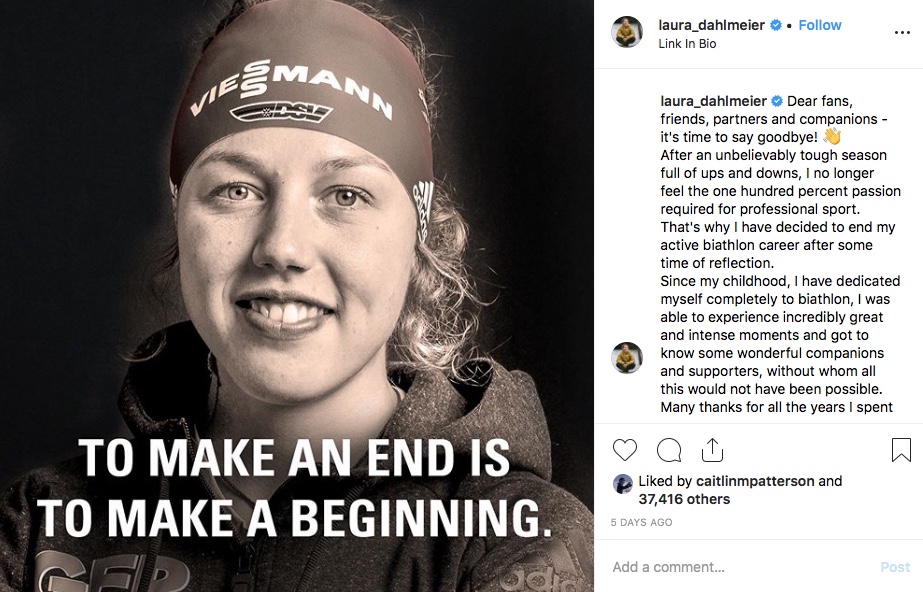 In a post on Instagram, Dahlmeier said the past season during which she struggled to perform at her historic highs, prompted her to seek a change.

“After an unbelievably tough season full of ups and downs, I no longer feel the one hundred percent passion required for professional sport. That’s why I have decided to end my active biathlon career after some time of reflection,” Dahlmeier wrote.

Dahlmeier was hospitalized in August and September of 2018 and although she returned to the World Cup, her energy levels were not the same. However, this past season she stood on the World Cup podium three times and won two bronze medals at the 2019 IBU World Championships.

Thirty-four-year-old Ida Ingemarsdotter has called it a career after racing on the cross-country World Cup since 2004. The Swede finished last season ranked sixth in the overall sprint standings and 15th in distance. Despite her strong season, Ingemarsdotter stated she lacked the motivation for another season at the elite level. 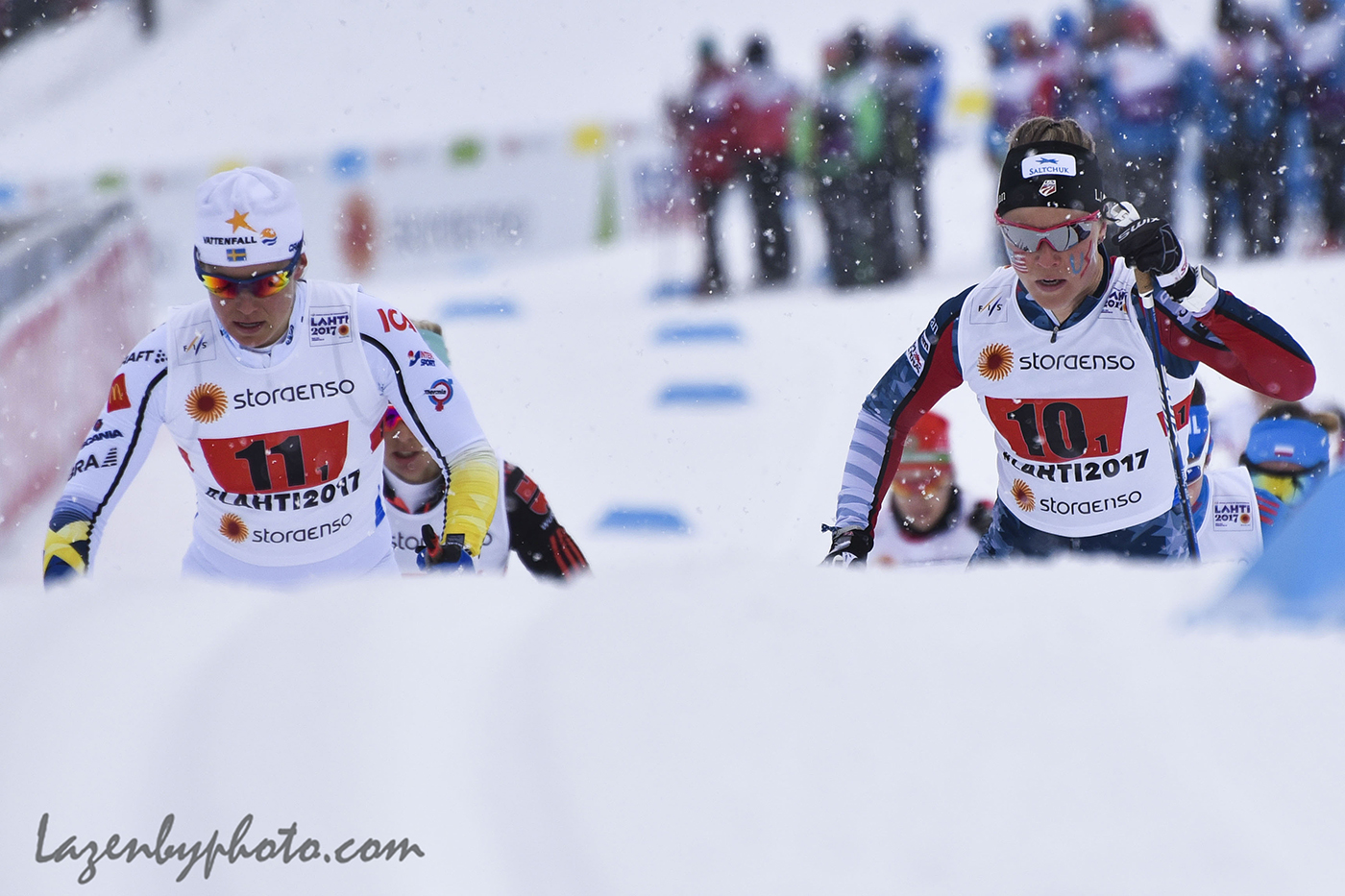 Ingemarsdotter explained in a press release that her best day skiing came during the women’s 4 x 5-kilometer relay at the Sochi Olympics.

“The biggest day in my sports life was when I took Olympic gold in relay 2014 together with Anna Haag, Charlotte Kalla and Emma Wikén. Everything went our way and it was a real dream day where tears were mixed with laughter and a strange feeling that we did something nobody thought we would succeed with,” Ingemarsdotter said according to a translation of the Swedish National Team’s official retirement announcement.

The University of Alaska Anchorage announces a new cross-country coach.

In a press release on May 10, the University of Alaska Anchorage (UAA) announced that cross-country ski coach Andrew Kastning had stepped down to pursue other opportunities. His coaching replacement is Trond Flagstad.

No stranger to the UAA program, Flagstad began as an assistant coach in cross country running and skiing at the school back in 2001. Flagstad was head nordic coach from 2004 to 2011. Most recently, Flagstad was ski coaching in Norway.

“I am very excited to be back at UAA and in the Seawolf family,” said Flagstad according to the UAA press release. “I am looking forward to working with all the great coaches and the talented student-athletes at UAA, especially with the ski team. My goal of winning the NCAA skiing championships with the UAA ski team hasn’t changed since the last time I was here, and after coaching in Norway for three years, I know I am better prepared as a coach to reach those goals. I am excited to recruit and develop young skiers from Alaska to help us win races and championships. In addition I have created some very valuable friendships and connections in Scandinavia and Europe. I have some new ideas and a coaching philosophy that I believe will benefit the UAA ski team, especially the Nordic team on our way to a championship title. I am thrilled to have this opportunity and to move our family back to the house we built up on the hillside.”