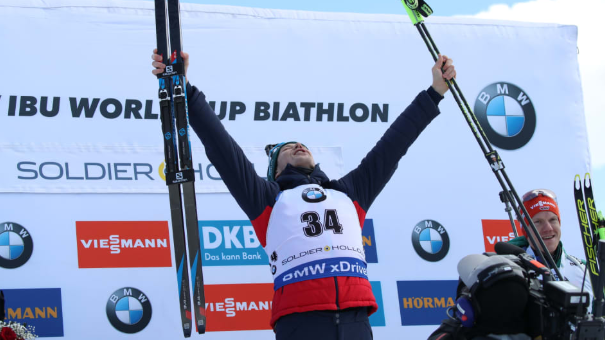 It was a career first IBU World Cup win for Norway’s Vetle Sjåstad Christiansen in the men’s 10 k sprint on Friday. Christiansen won in a time of 23:39.7 minutes while shooting clean for the day. France’s Simon Desthieux earned his first World Cup podium of the year as he marked a time only 1.3 seconds behind Christiansen while accruing one penalty after missing a target during his prone stage. The third podium spot went to Germany’s Roman Rees who missed one target standing and finished 22.4 seconds behind.