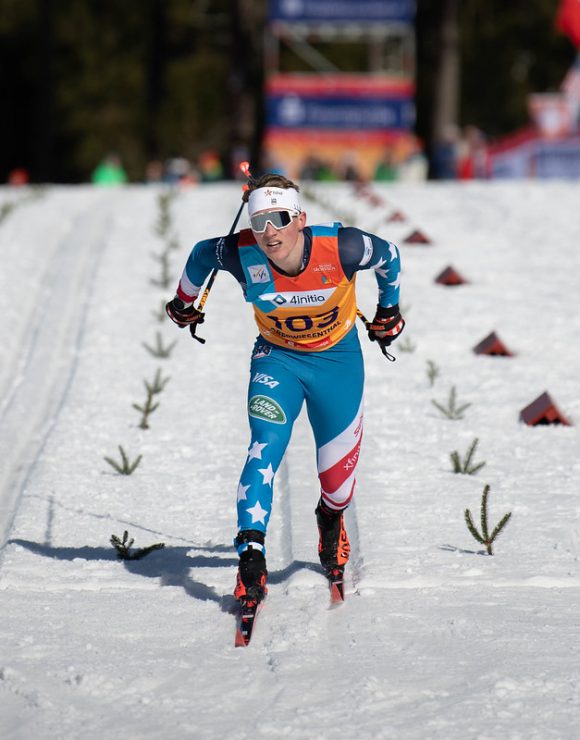 Schumacher comes off a year during which he won the 10 k classic at World Juniors and anchored the men’s 4 x 5 k relay to their second consecutive Word Junior’s win in that event.

Hannah Halvorsen was honored as the recipient of the Buddy Werner Sportsmanship Award.The award recognizes the spirit of Buddy Werner, a former and beloved alpine member of the U.S.Ski Team. Halvorsen was struck by a car last year as she crossed a road in Anchorage, Alaska. Since then, Halvorsen has been rehabbing and preparing for an eventual return to elite level racing. 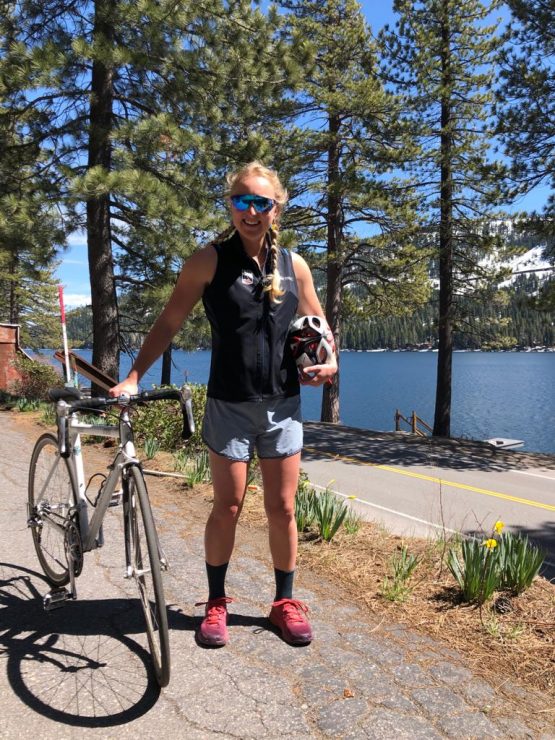 Getting out for a bike ride. (Photo: Hannah Halvorsen)

“This award immediately confirmed my suspicions that I am surrounded by a very loving bunch,” said Halvorsen. “Throughout this difficult season of injury, I haven’t gone a week without hearing from at least one of my teammates. Thank you to my teammates – not only for voting me for the Buddy Werner Award but for never forgetting about me. You guys are where I learned the value of sportsmanship,” Halvorsen posted on Instagram.

The International Ski Federation just concluded their spring meetings which were conducted online  due to travel restrictions related to the pandemic. Much of what we are reporting below comes from the FIS site and are proposals that must be approved by the FIS Council.

The Cross-Country Committee was tasked with developing “A” and “B” calendar options. The “A” calendar is the current proposed race schedule approved pre-pandemic with some slight changes. The alternate “B” calendar “sees competitions taking place in the same country/blocks if travelling has to be minimized and to give opportunity for potential quarantine periods,” said FIS. National Federations and organizing committees have until mid-June to submit a modified plan to FIS. This includes the possibility of running events without spectators.

Other stipulations were proposed that help define a new look World Cup calendar. They include the following:

Starts acquired via Nations Group status often provide developing athletes an opportunity to gauge themselves against the world’s fastest. However, in recent years, when World Cups are held in Norway, for example, the leaderboard is often congested with homegrown talent. This may not be the reason FIS took the following action, but it is reducing the maximum quota of athletes for host nations. Last season host nations were allowed a maximum of 15 athletes per gender.

Last November FIS communicated it would ban Fluoros for the 2020-2021 season. However,  official guidelines detailing the ban and its enforcement have not been announced. Pierre Mignerey, the FIS Cross-Country race director, leads a working group responsible for the proposed ban. His group released little information during the recent FIS meetings. It appears a lab in Germany is developing fluoro testing equipment while the FIS working group continues to refine the wax ban’s protocols.

Swedish tabloid Expressen Sport reported early this week that FIS faces a potential lawsuit if it follows through with the fluoro ban. The Expressen article quoted Christer Majbäck, the owner of SkiGo wax, as speaking against the proposed ban. According to the article, Italian wax company Maplus will file the lawsuit.