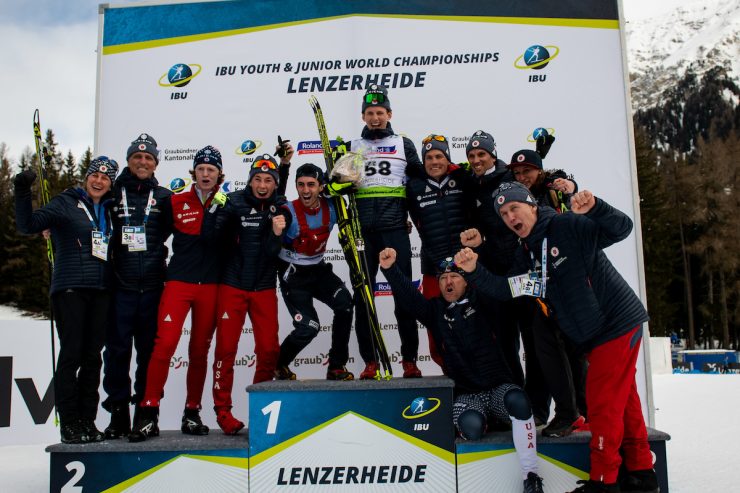 A compelling aspect of international biathlon is the diversity of nations represented at the highest level, the International Biathlon Union World Cup. Last week in Pokljuka, 25 five teams from 25 different nations were represented in the 4 x 7.5 k mixed relay. It speaks to the broadening global appeal for the sport. All those nations are tasked with developing athletes. Not to say there will be 25 different approaches, but each team espouses it’s own values. The same can be said of U.S. Biathlon.

From the top-down, this crew speaks to fair and hard driving sport. Max Cobb, for example, US Biathlon’s CEO and President works behind the scenes at the IBU for clean competitions. Clare Egan, an athlete representative on the IBU Board speaks truth to power. Several athletes took a training hiatus this summer to join the Army National Guard. And behind the scenes, Danika Frisbie has focused on strategic programming and Tim Burke has jump-started a development program. Part of Burke’s responsibilities includes guiding US Biathlon’s Junior National Team. 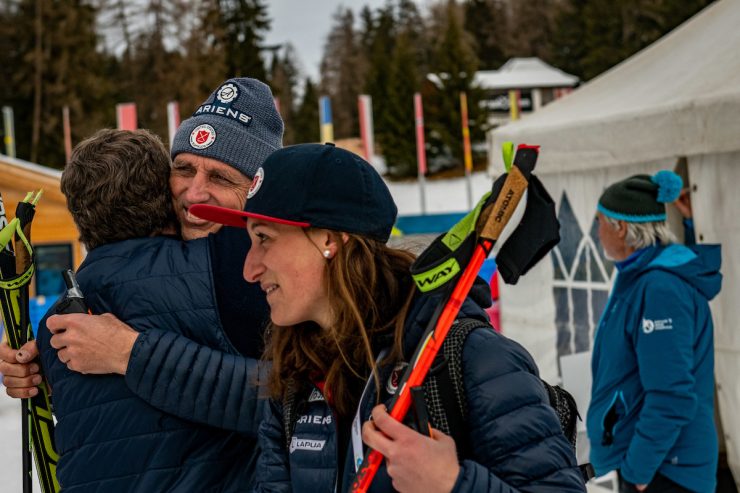 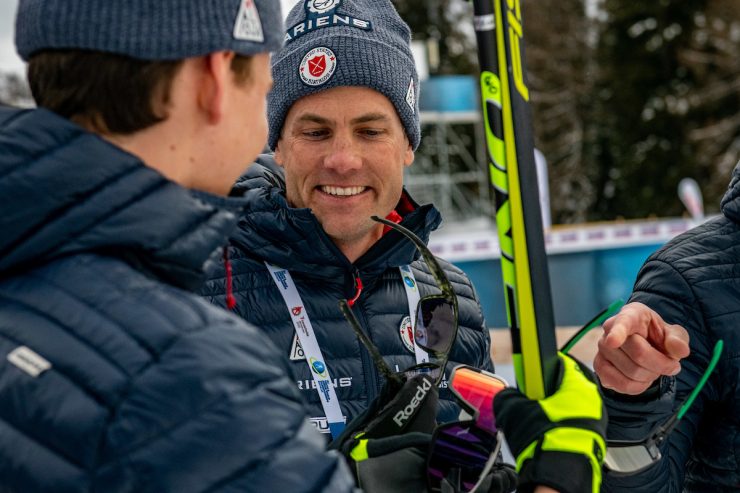 With all this energy, not to mention the team has been splashed in the most stylie uniforms on the circuit, the U.S. Junior men had a collective proud day at the 2020 Lenzerheide, Switzerland Junior World Championships in the Youth 7.5-kilometer sprint. 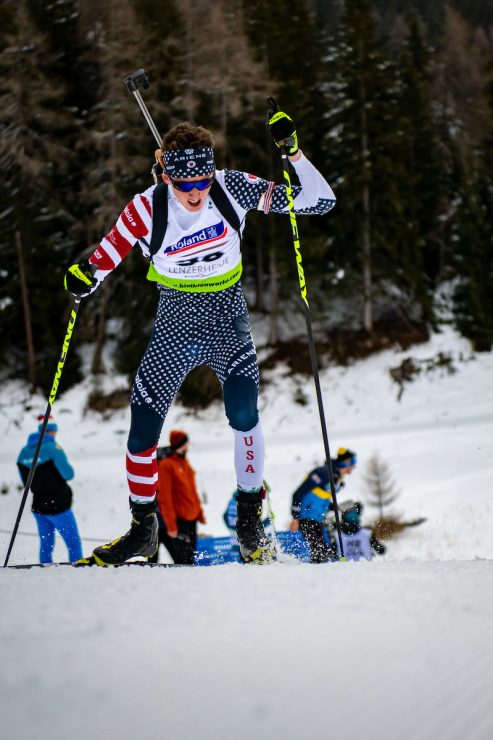 Max Germain on his way to a third place in the World Junior’s Youth 7.5 k sprint. (Photo: Weymuller Photography)

Two U.S. skiers landed in the top-10, a third was top-25. Max Germain of Anchorage, Alaska was third overall, 11.3 seconds from first after shooting 1+0. Russia’s Aleksai Kovalev won in 19:53.0 while shooting clean. 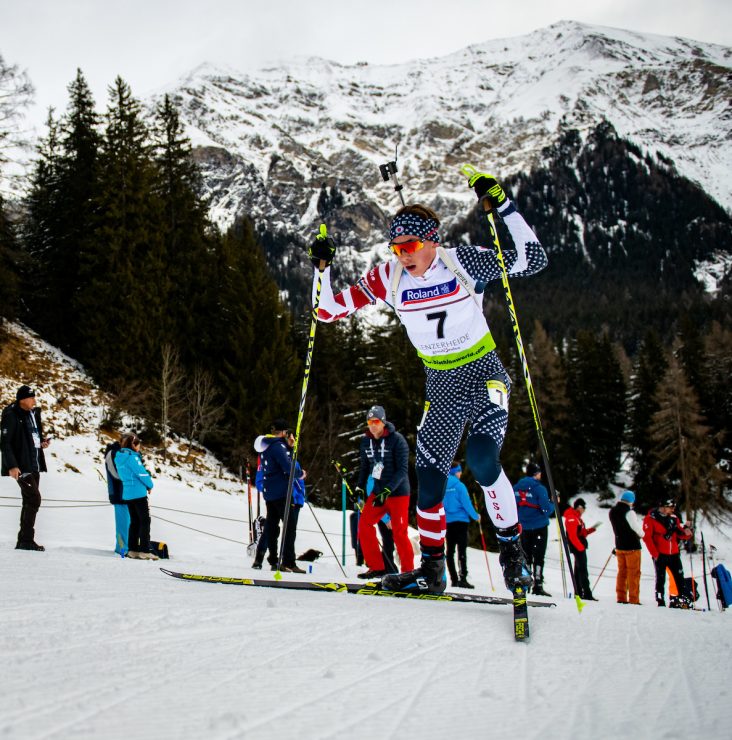 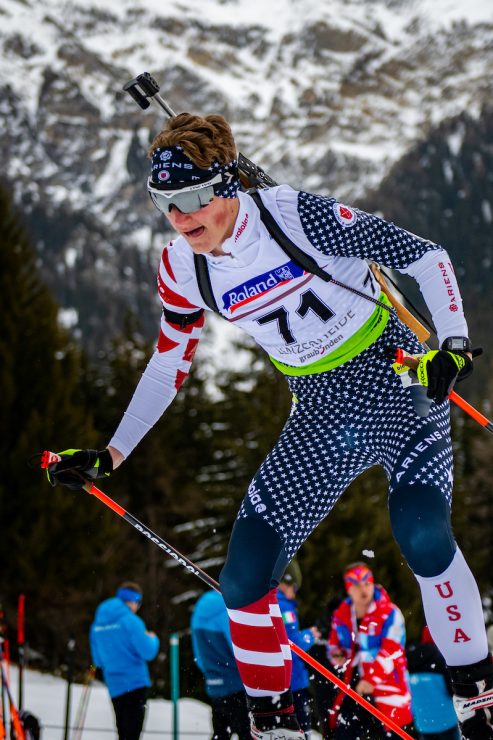 It was a good day for those clad in the U.S. Lycra.