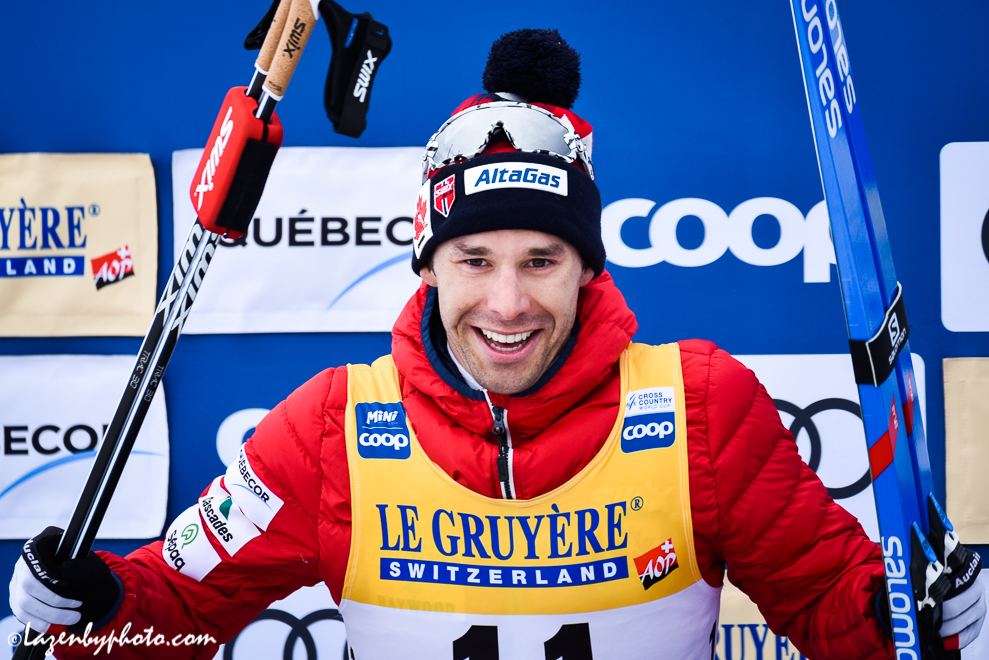 It’s remarkably sweet when an athletic career ends on a grace note:  Ted Williams lofting a home run in his final game at Fenway, say, or John Elway passing his Broncos to a Super Bowl victory.

Or, earlier today, Alex Harvey taking second in front of a levitating crowd of supporters on the Plains of Abraham in the middle of Quebec City.

Harvey’s career has been winding slowly down from its world championship apex, but the affection of his local supporters has if anything been growing—an affection, remember, that builds on the love for his father Pierre, Canada’s ski hero of an earlier age. Today his fans lined the sinuous World Cup course, four and five deep on the hills and along the stretched-out stadium finish—some waved placards with his face, others stood bare chest to bare chest to spell out “Go Alex!” 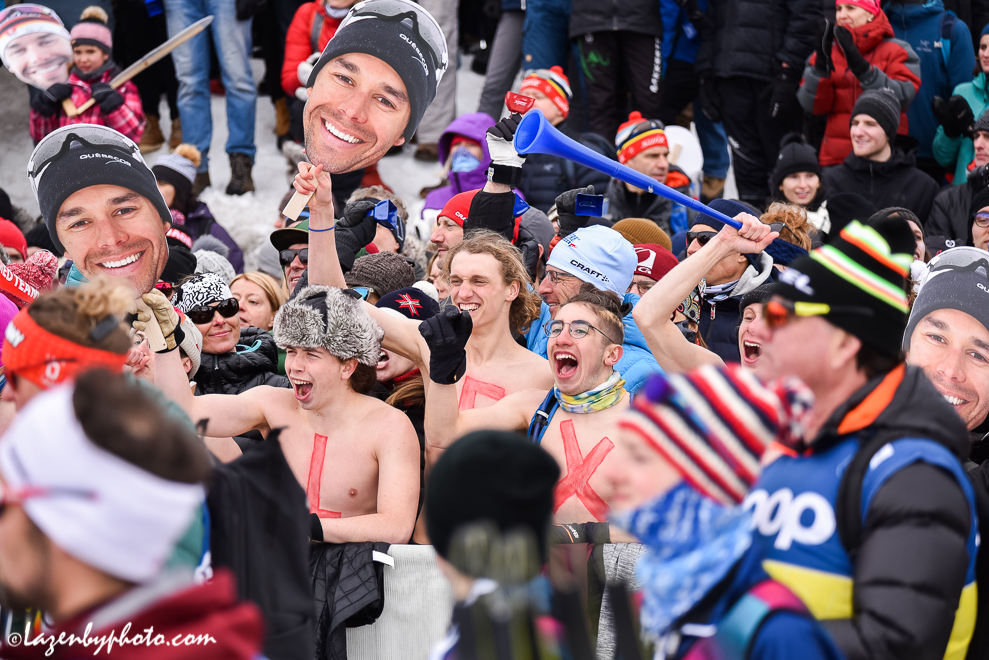 And an omen that he had a shot—or at least that things would not automatically default to the season’s normal standings—came in the women’s race that sprung from the line shortly after 9 a.m.  Yesterday’s slushy track had turned rock solid today, and the speeds were withering: Therese Johaug was out in front but only by a smidge, since the flying descents shot skiers halfway up the next climbs, reducing the advantage that her peerless motor had provided all year long. When they dropped on to the long flat that hooked to the line, it seemed certain Stina Nilsson would sweep past, and indeed she did.

That left people thinking that Alexander Bolshunov, too, might not be the lock that the season’s results would indicate. As the men began their 15k course, he surged to the lead with Johannes Høsflot Klæbo, but neither could begin to shake the pack of at least a dozen skiers that hovered nearby. And by the third of four laps, as Harvey solidified his place in that frontrunning corps, a buzz began to build around the course. Spectators dashed across the infield to see the next climb, the next drop—as Harvey moved into third on the steep uphill near the start of the final lap, a kind of hope-against-hope excitement began to build.

And then Bolshunov snapped a pole—an audible cheer went up on parts of the course, less because it helped the local hope today, I think, than because the Russian cheating scandal remains a fresh wound, with Harvey denied an Olympic medal on Korean snow behind a pair of red suits. At any rate, as they climbed the final hill of the course, Harvey was definitely in contention, duking it out with Klæbo and Didrik Tønseth—and as they dropped down the final incline and into the stadium, and stood up for the turn towards home, he seemed pushed by a personal gust of wind, passing Toenseth and streaking across the finish behind only Klæbo.

That pairing of youthful flash and aging grit seemed just right: as they climbed the podium, a tearful Harvey took most of the cheers from a huge crowd that gathered as near the podium as FIS officials would allow. And then, in a small but classy move, Klæbo edged to his right and pushed a grinning Harvey into the center of the podium.

Harvey had skied with brio and joy much of his career: there’s a cardboard cutout by the stadium here of him playing air guitar on his skis after one of his wins. Today he skied with something else: a kind of love from fans that few athletes get to feel, and fewer still get to return in such fairytale fashion. He’s got one more race tomorrow, and whatever happens it will feel like a victory lap. 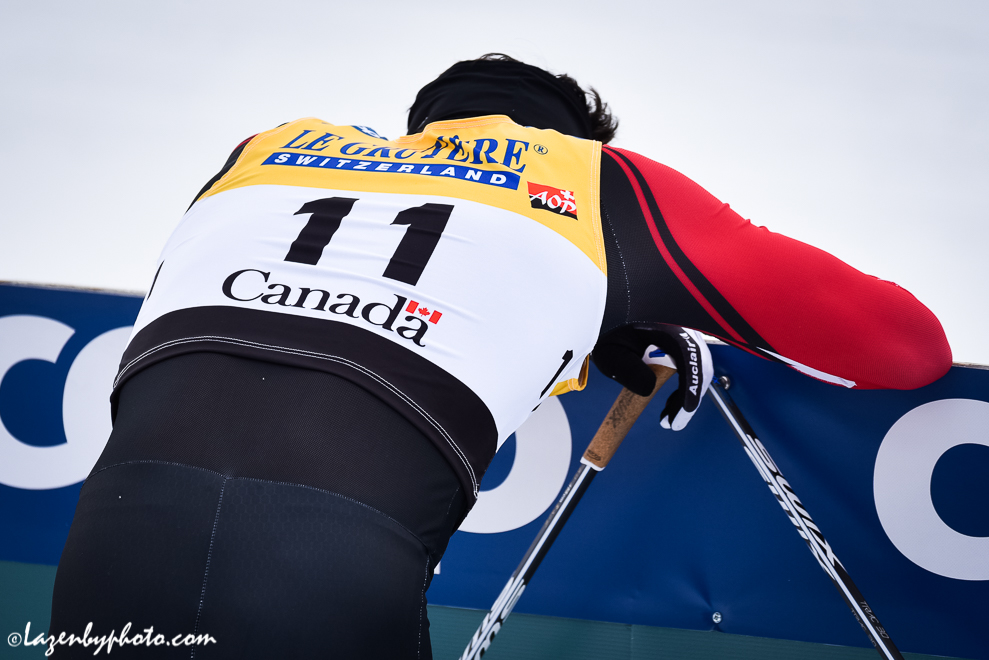 Bill McKibben is a founder of the environmental group 350.org, and the author of, among many other books, Long Distance: A Year of Living Strenuously about his adventures as a slow cross-country ski racer.