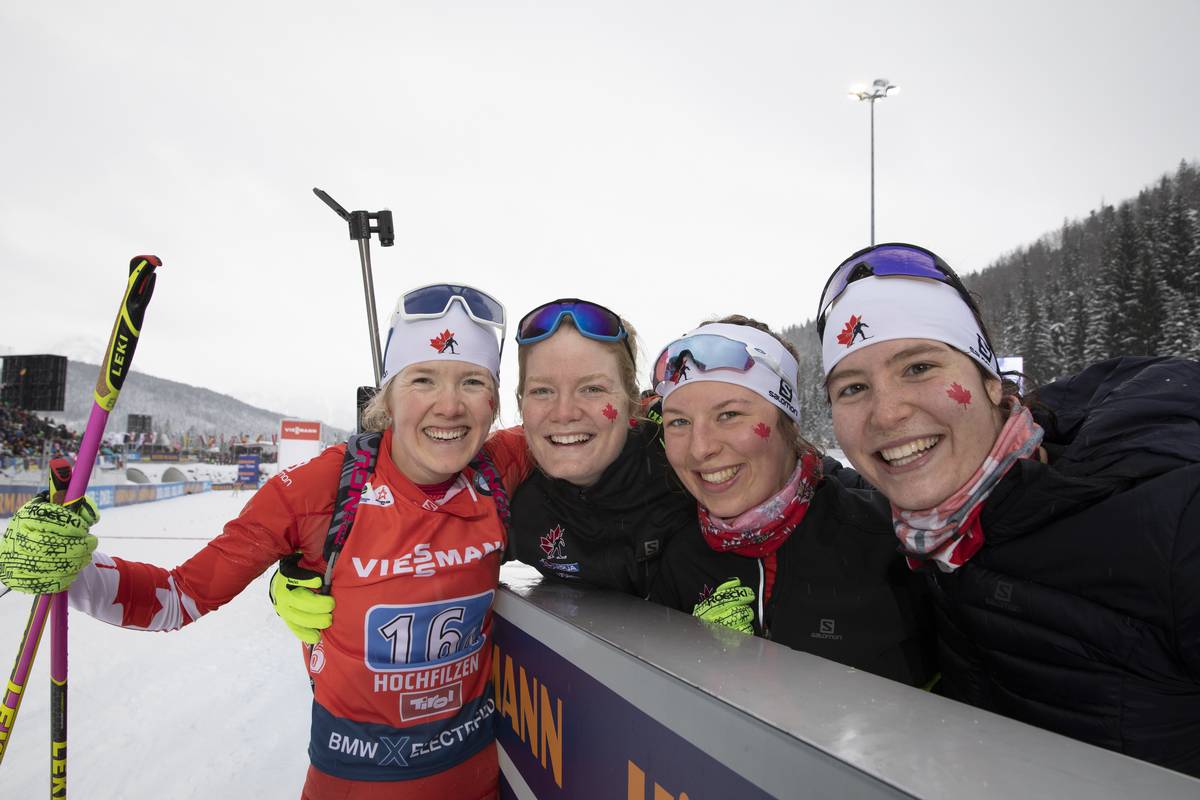 On Saturday and Sunday, racing continued on the IBU World Cup in Hochfilzen, Austria. Some story lines remained familiar, some reflect the national diversity of the biathlon circuit and that on any given day, a historically non-dominant team can excel. 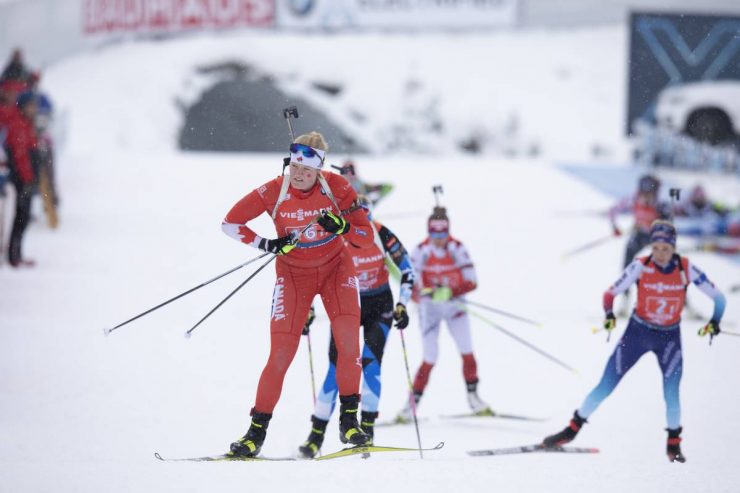 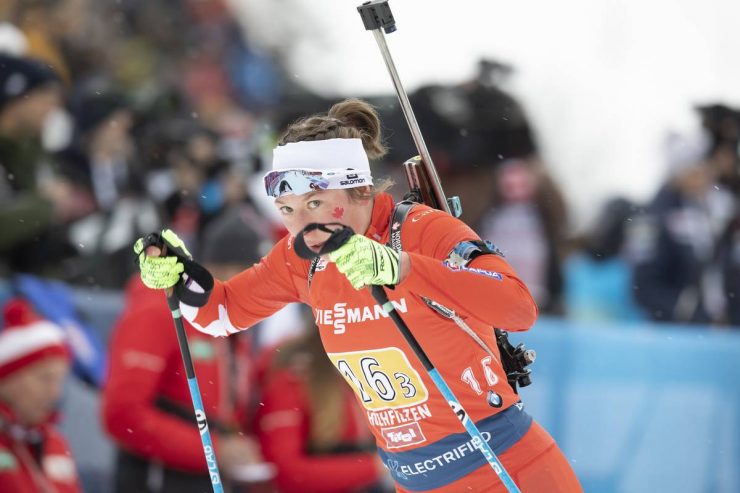 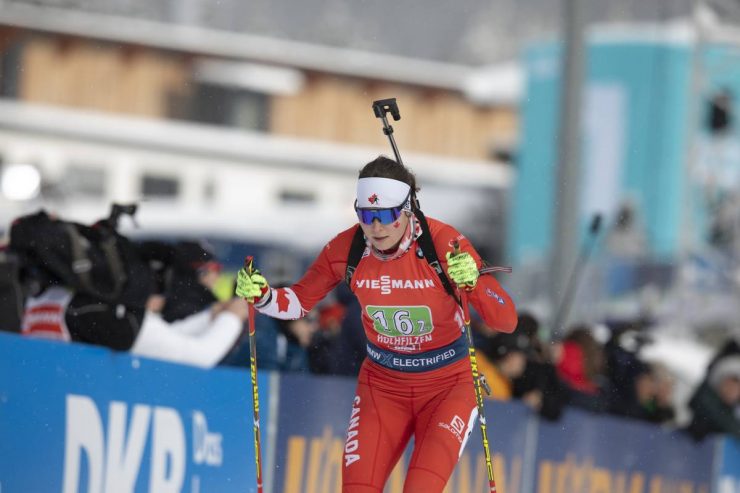 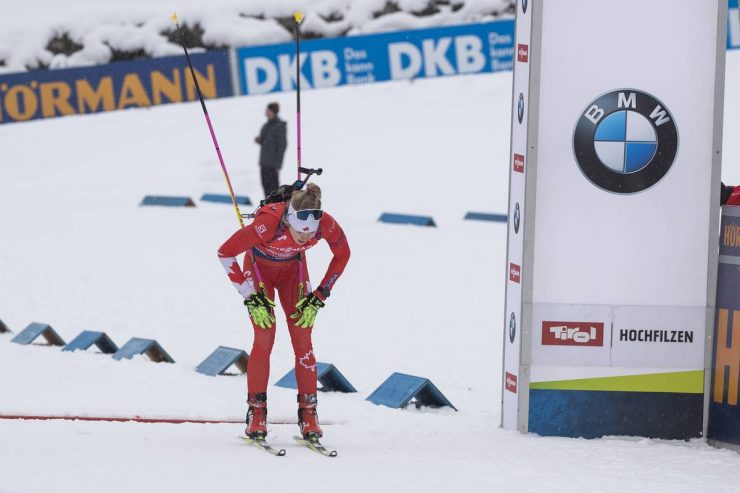 For North America, Canada came through with a fifth place overall (+1:09.3). Sarah Beaudry, Megan Bankes, Nadia Moser, and Emma Lunder shot penalty free after using seven spares. According to Biathlon Stats and Facts, this is the Canadian women’s best relay result since the 1994/1995 season.

We’ll get to the podium spots shortly, but again Canada came through with a near podium performance in the relay. Jules Burnotte, Scott Gow, Aidan Millar, and Christian Gow had no penalties while using six spares to place fourth (+1:28.7). That matches a World Cup best fourth place, earned back in 1991. (Canada earned bronze in the men’s relay at the 2016 World Championships in Oslo, Norway.) 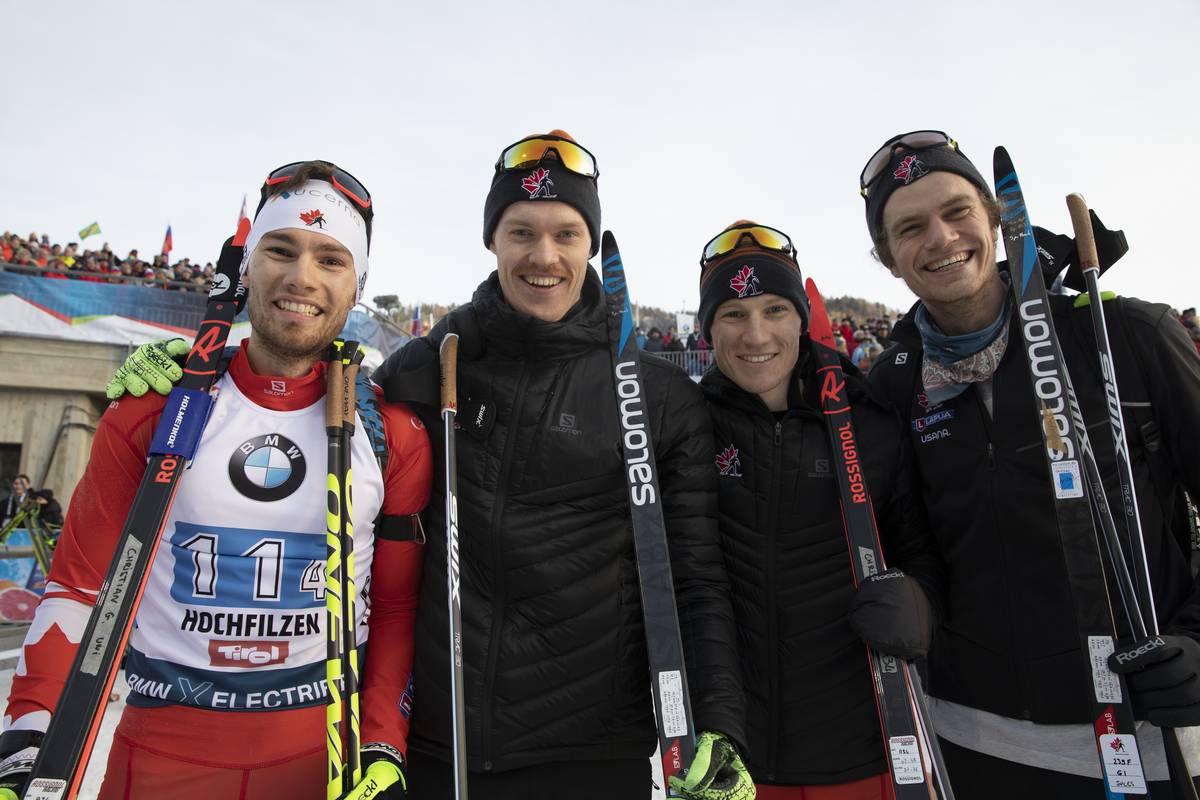 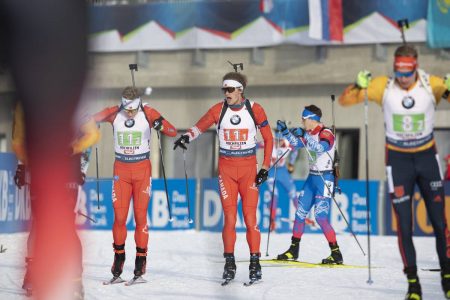 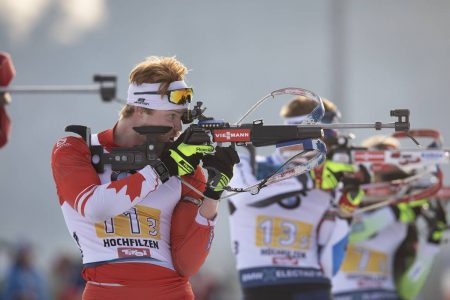 Aidan Millar during the men’s relay in Hochfilzen. (Photo: NordicFocus) 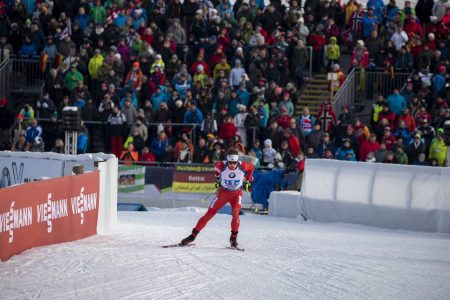 Johannes Dale, Erlend Øvereng Bjøntegaard, Tarjei Bø, and Johannes Thingnes Bø of Norway won the event in 1:14:44.2. The foursome had a single penalty and used seven spares. Germany’s Philipp Horn, Johannes Kuehn, Arnd Peiffer, and Benedikt Doll were second (+19.5; 0+4). France was third with Antonin Guigonnat, Emilien Jacquelin, Fabien Claude, and Quentin Fillon Maillet. They finished 51.9 seconds back with a single penalty and using eight spares.