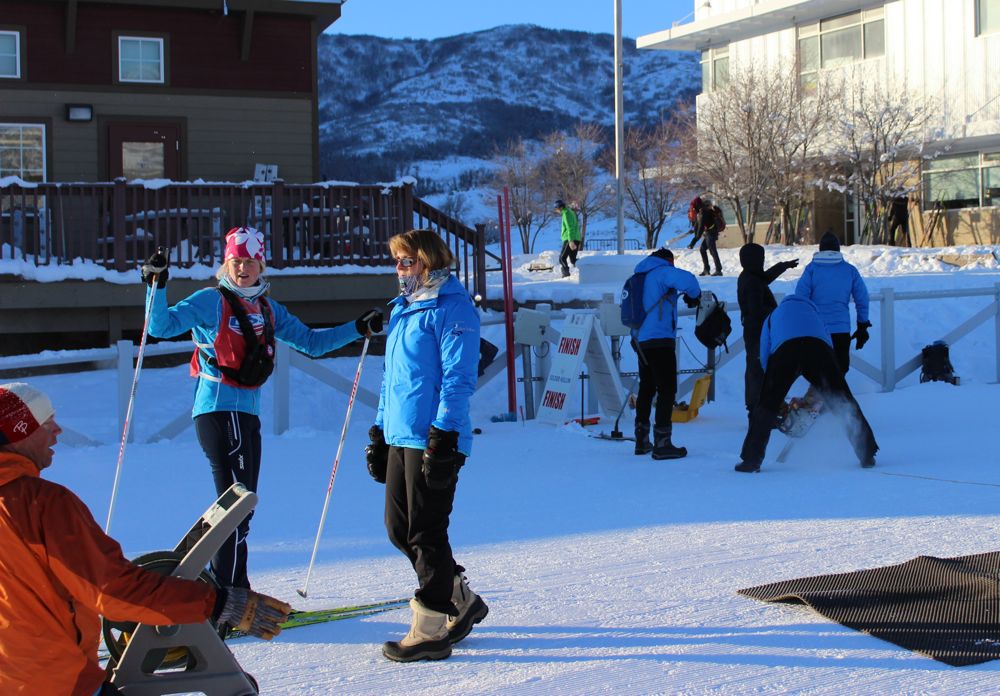 Technical delegate Eileen Carey (left) talking with race volunteers at an event at Soldier Hollow in Midway, Utah, in 2013.

This article comes from Alan Watson, a certified TD and head of the cross-country section of the Pacific Northwest Ski Association (PNSA).

Here’s the straight and simple request: U.S. Ski and Snowboard needs Technical Delegates (TD). Before we go any further, let’s give a brief rundown of what that means.

U.S. Ski and Snowboard rules require each sanctioned race to have a jury which ensures that the race is fair, safe and conducted according to the rules. (Sanctioned races are also referred to as “NRL races”, which stands for National Ranking List because those races are used to calculate USSA points). The jury does much more than decide cases of discipline or other disputes. They review all aspects of the race before, during, and after, trying to make sure that everything will go as smoothly and properly as possible.

For most NRL races the jury consists of three officials: the Technical Delegate (TD), an assistant Technical Delegate (TDA), and the Chief of Competition, and for bigger races like a SuperTour or National Championships the jury normally includes two additional members. That means each race needs at least two, and sometimes four for bigger races, trained technical delegates to serve on the jury. Of course, it doesn’t hurt when the Chief of Competition is a trained and certified TD as well. 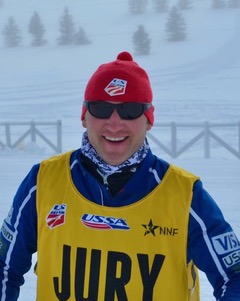 The TD and the TDA are appointed by and represent U.S. Ski and Snowboard. The idea is that they will be independent of the race organization, and will represent U.S. Ski and Snowboard in overseeing the race. In cases where the race organization might be tempted to ignore the rules, either from naivety or from thinking they have a better way, the jury is responsible for keeping things on track. The jury may suspend or modify certain rules if necessary for safety or to make a better race, as long as the intent of the rules is honored.

The jury’s work begins well before the race date. Shortly after being assigned to a race in the fall, the TD contacts the TDA and the race organizers and begins an ongoing dialogue. In most cases the relationship between the TD and the race organization is cooperative and supportive, with the TD providing advice, answering questions, and interpreting the rules. The TD inquires about and verifies all aspects of the race, including the schedule, the course and stadium, grooming, timing, medical plans, and results. Although this list is not comprehensive, it provides a general idea of the TD’s responsibilities.

On arrival at the race venue, the TD inspects the course before official training and helps decide the placement of tracks and technique zones as well as safety precautions. During the race, the TD typically monitors the stadium area while the TDA monitors the rest of the course.

When all goes well the TD can be proud of being part of a job well done. The happy faces of racers after an event are a reward well worth the time and effort involved. But sometimes awkward or difficult situations can arise which the jury has to address. Perhaps one racer changed lanes improperly and obstructed another racer, or a racer broke a pole in a race and publicly expressed his frustration in unseemly language, or the timer failed to promptly resolve close finishes at the end of each heat. When these things occur the jury’s reward is knowing that they confronted the issue thoroughly and reasonably.

Both the TD and TDA are required to be trained and certified by U.S. Ski and Snowboard. The process normally begins with a two-day training session. After passing a written exam, a candidate becomes a Level 1 TD which allows him or her to be appointed as a TDA. After serving as a TDA in at least two races, and being recommended by the TD of each, a Level 1 TD can advance to Level 2.

A Level 2 TD is allowed to be appointed TD or TDA at any NRL race. A similar but more involved process allows a Level 2 TD to advance to Level 3, which allows him or her to serve as TD or TDA at FIS races in addition to NRLs.

In the western US, we typically have a TD and Race Organizer conference every other year. This serves as the initial training for TD candidates and as continuing education for certified TDs, as well as training for race organizers. The most recent conference was held in West Yellowstone in late November 2018. About 25 of people attended, with eight different attendees and two outside speakers leading the discussions on various aspects of race organization and officiating. 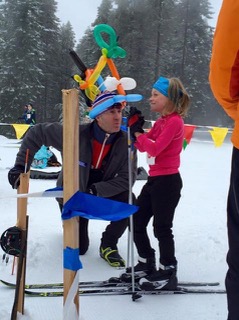 Normally the TD comes from a locale different from the race location, and if possible the TDA is local. TDs and TDAs receive travel, lodging, and food expenses plus a small per diem, so it is in the financial interest of the host club to recruit a local to become certified and act as the TDA.

Senior TDs serve as TD assignors. It can be difficult for an assignor to find enough available TDs to cover all the races on a given weekend. If a TD cannot be found for a race, entrants will not get points for that race. A few years ago all the certified TDs in the Intermountain Division had retired, partly because a whole cohort that got involved before the 2002 Olympics at Soldier Hollow began to age out at the same time. So it is important to recruit new blood into the pipeline and to encourage their development.

If you are interested in helping our sport by getting into the TD world, contact your division’s assignor: