With a snaking artificial loop of snow in a drizzly, and sometimes thundering Planica, Slovenia, the men’s World Cup field competed in a 1.25-kilometer skate sprint on Saturday. What Planica lacked in wintery vistas, it provided with fast technical racing during a day of topsy turvy weather. Racing was suspended after the quarterfinals when a robust lightning and hail storm moved in. With loud thunder booms reverberating during the weather delay, the competition organizers aptly blasted ACDC’s Thunderstruck. 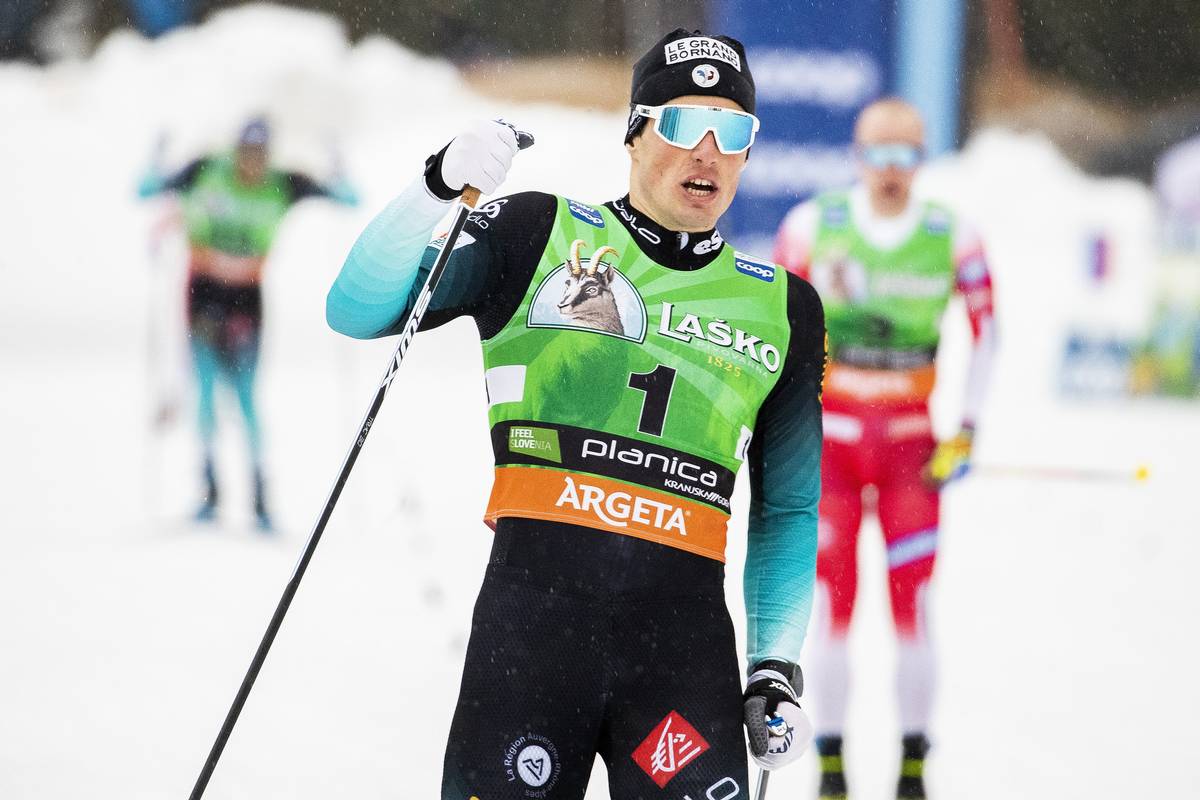 And that is part of the story. FIS runs a tight production schedule for live television where any deviation from the plan can be perceived as a potential loss of revenue. In the past, during unsafe weather, the call to postpone or cancel a race has arguably sided in favor of the production schedule. During the 2018 Tour de Ski, a women’s sprint qualifier in Oberstdorf, Germany, was held in what many considered hazardous conditions. The men’s qualifier was ultimately canceled and the day’s results nullified.

U.S. World Cup Coach Matt Whitcomb noted there was little hesitation today when after the men’s fifth quarterfinal — with lightning strikes too close for comfort — the race organizers postponed racing until the storm abated. 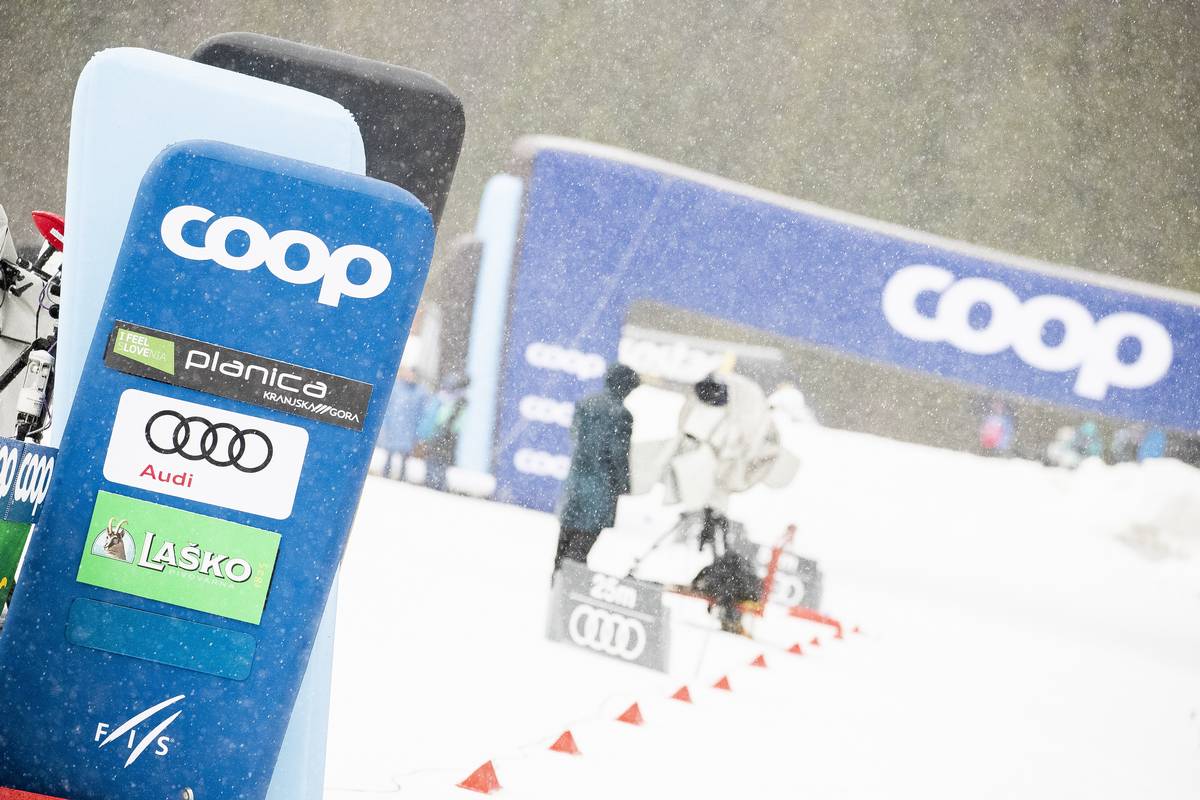 Lucas Chanavat of France came into Planica having podiumed seven times in the individual skate sprint. Never for the win. Yet, he placed second overall last weekend in a decidedly different weather scenario skate sprint in Davos, Switzerland.

With his fastest qualifying time on Saturday at 2:10.91 — Chanavat was 2.55 seconds faster than the second-place qualifier, Italy’s Federico Pellegrino — the Frenchman’s time had come.

Chanavat won his quarterfinal, and in the first semi, took second to Pellegrino. Chanavat controlled much of that semi. It appeared early on that only Norway’s Sindre Bjørnestad Skar in bib 3 could match Chanavat. With the meters ticking off, on the final punch of a hill Pellegrino slotted in and out of tight traffic to jump skate clear to the outside. He carried enough speed into the final straight to take the semi-final win with Chanavat in a close second. 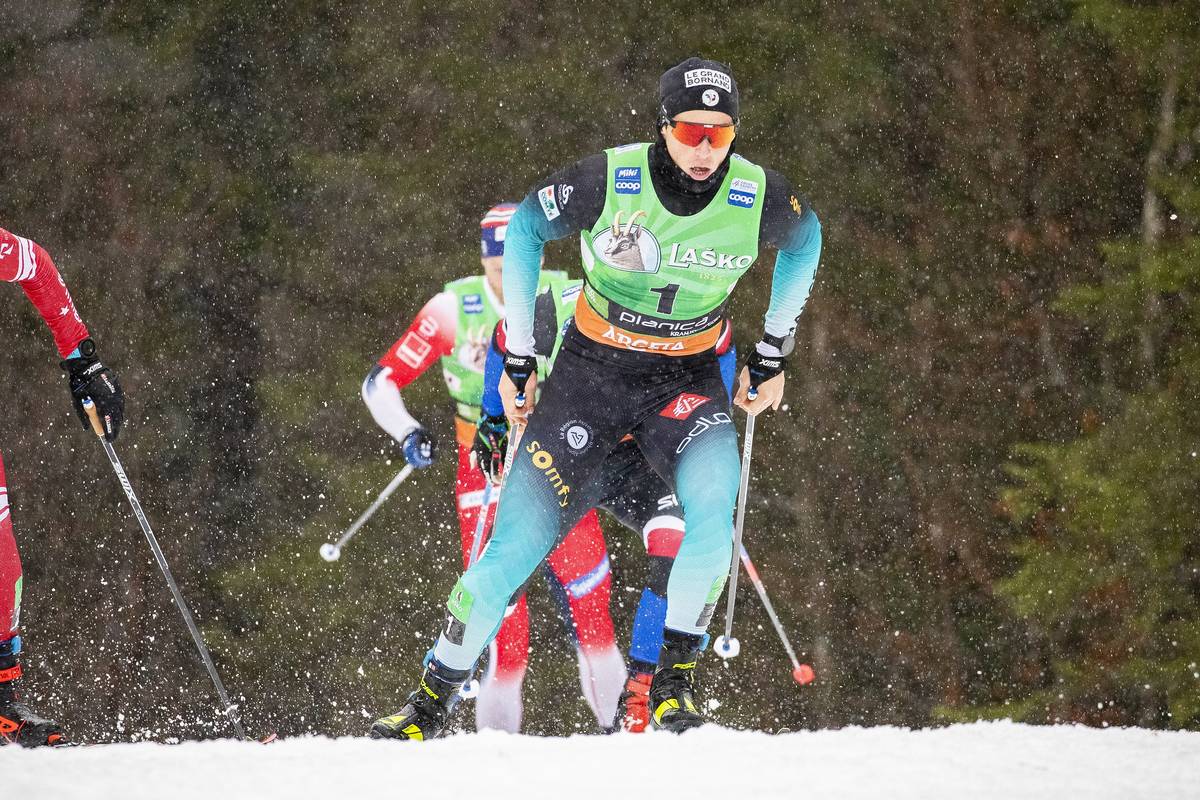 That set the tone for the final featuring Chanavat, Pellegrino, Norway’s Erik Valnes, Håvard Solås Taugbøl, and Skar, and another Frenchman in Richard Jouve.

A minute into the final, the skiers were four across pushing into a short power-climb. Again Pellegrino displayed a burst of speed and came into the descent in first with the train of skiers drafting behind. Gliding under a bridge and sweeping into another short climb, Chanavat took the lead from Pellegrino. He skied safely in front as they stepped through a dicey high speed left-hand corner. Despite Pellegrino’s best hop-skate efforts, Chanavat kept his speed and poise for his first career World Cup win in 2:14.41. Chanavat now leads the overall sprint standings. 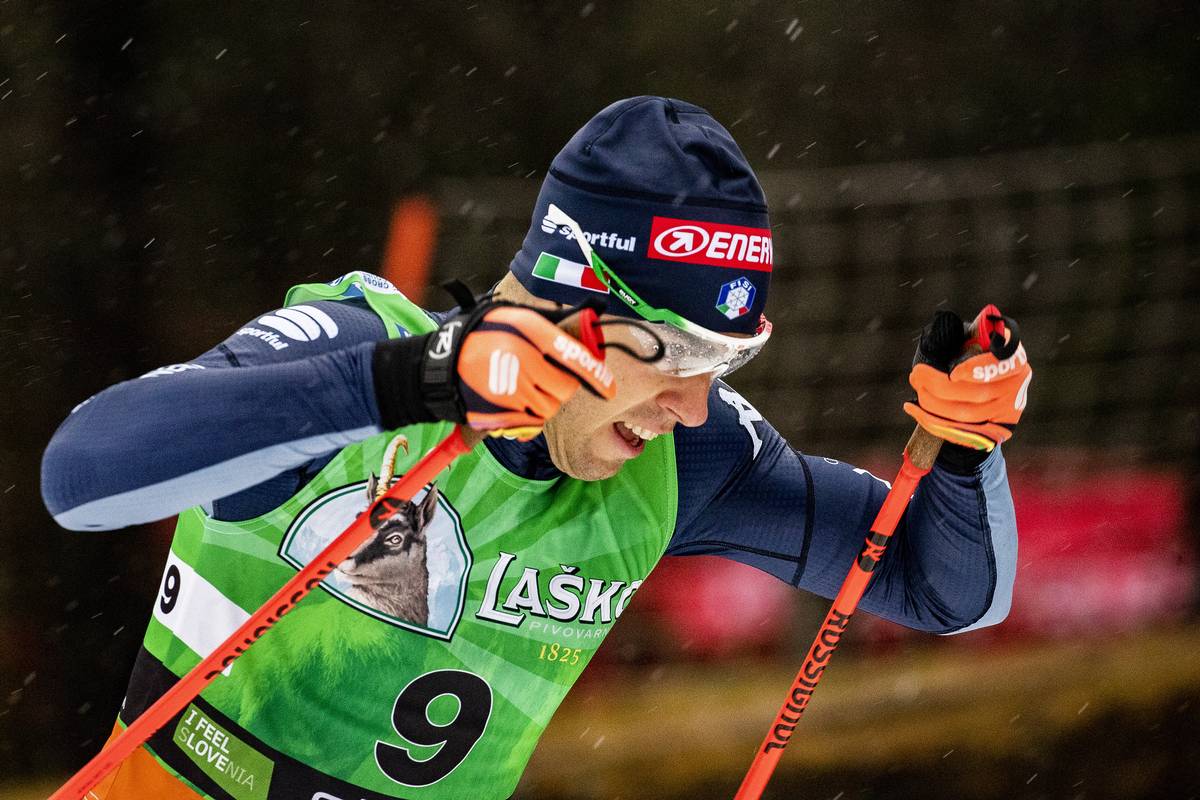 Hamilton advanced to the first semi as a lucky loser after placing fourth in the screaming fast second quartervfinal won by Pellegrino. He ended up sixth in his semi to finish 12th overall. Hamilton is also ranked 12th overall on the World Cup’s sprint list. 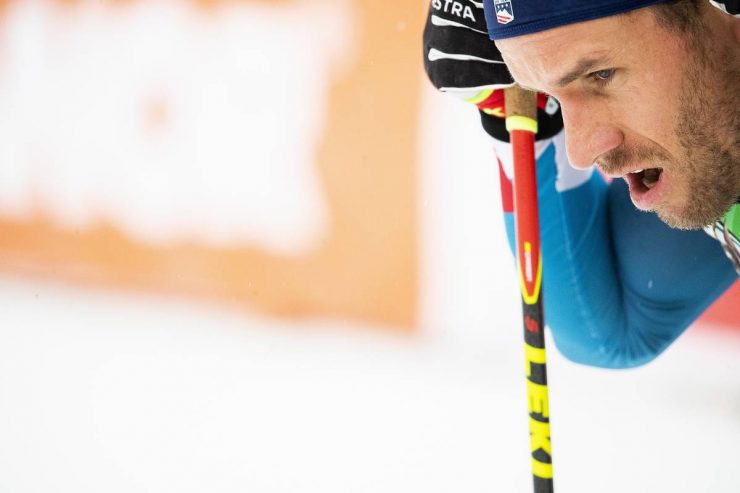 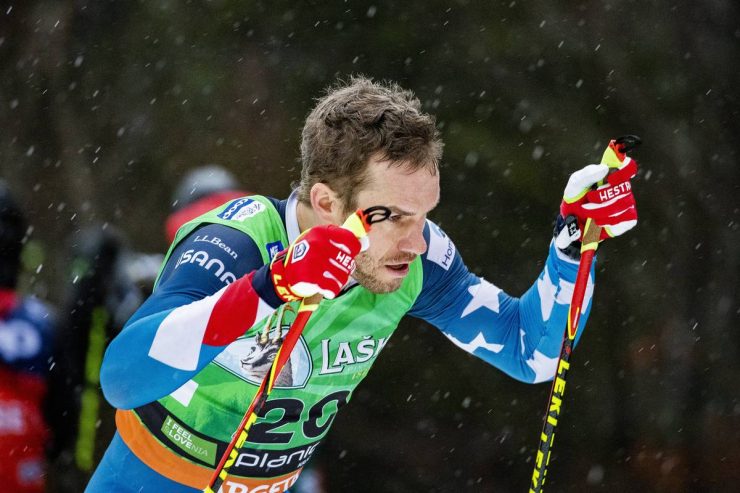 For Bolger, it was his second consecutive weekend in the points. He placed 18th overall after finishing fifth in his quarterfinal. 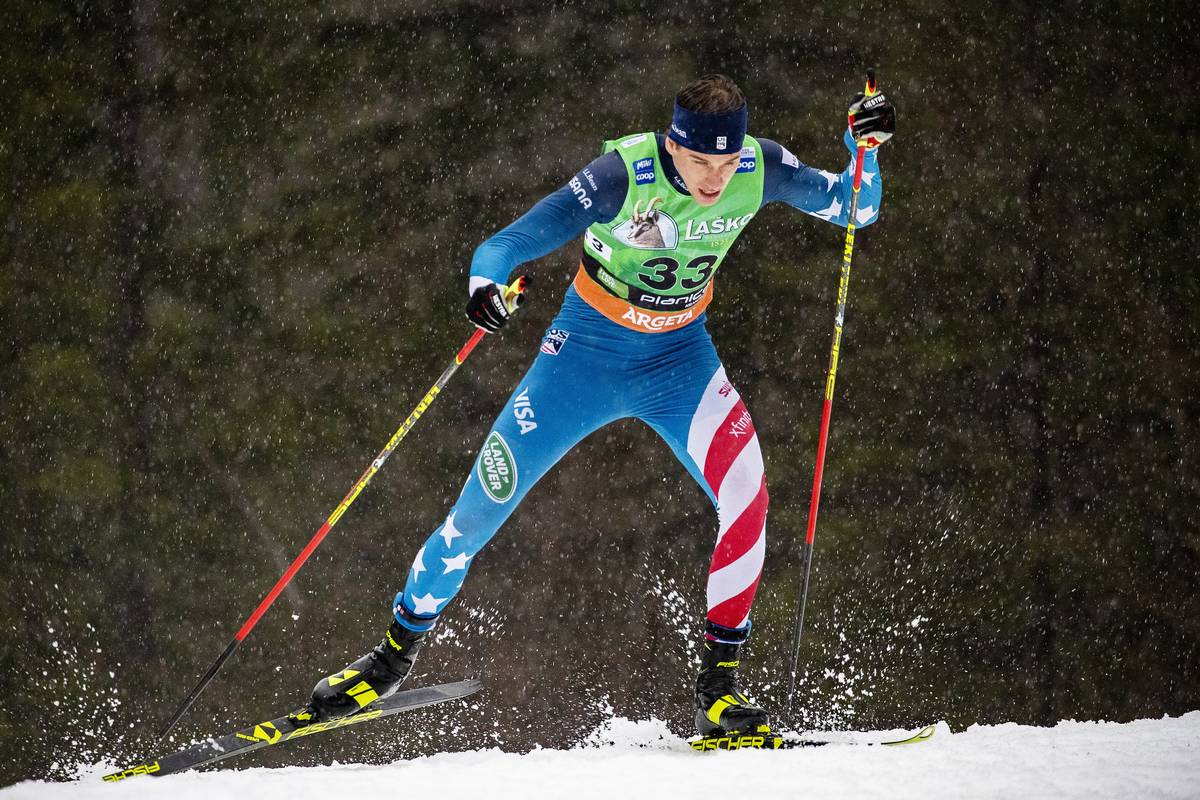 Whitcomb commented in an interview that Bolger can either be on or off. It was a week the coach said Bolger made some adjustments to his training to get him firing. “I’d like to think that some of the training adjustments that he has made helped him ski fast right from the gun today,” said Whitcomb. “He was quick out of the start. Quick down the first descent. He looked good on every climb.”

Hanneman scored his first World Cup points of the season, ending the day in 28th. Last weekend in Davos he was 31st after tying in qualification with Bolger in 30th. That tiebreaker sided in favor of Bolger, the athlete with lower FIS points. 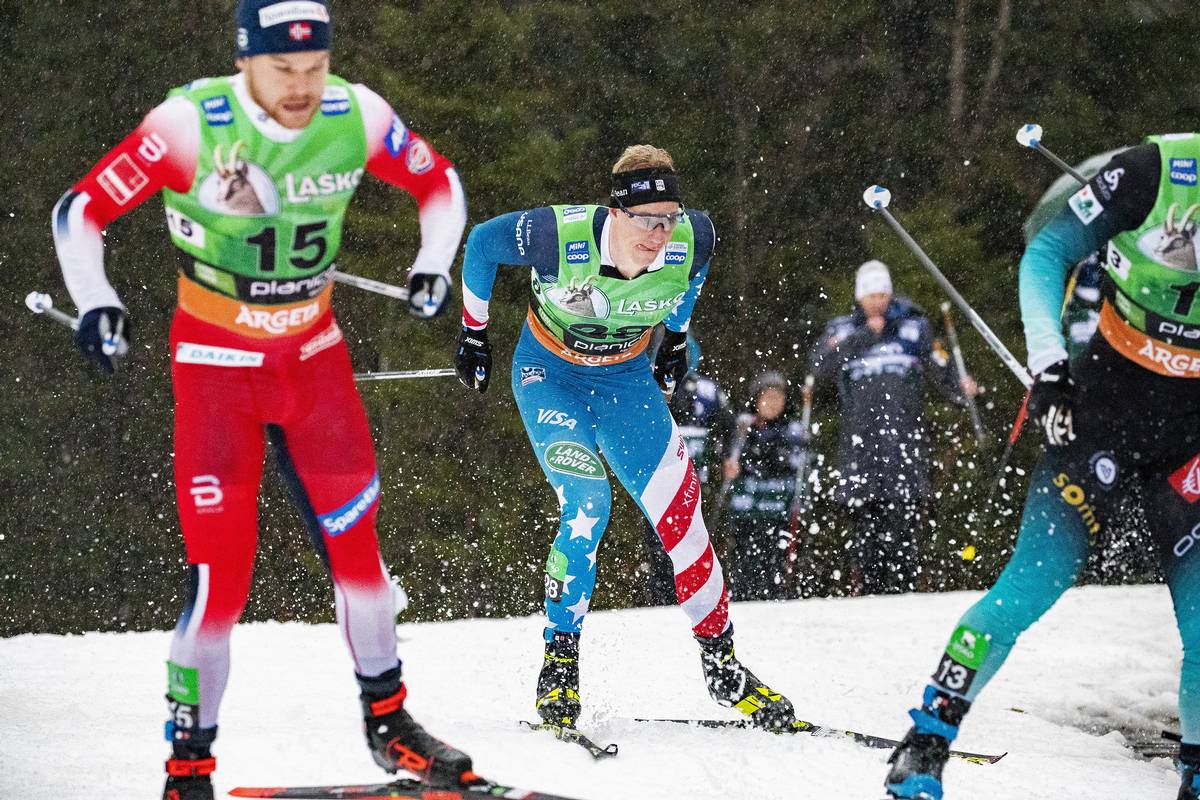 Russel Kennedy was the only Candian entered. He finished 55th (+9.79). 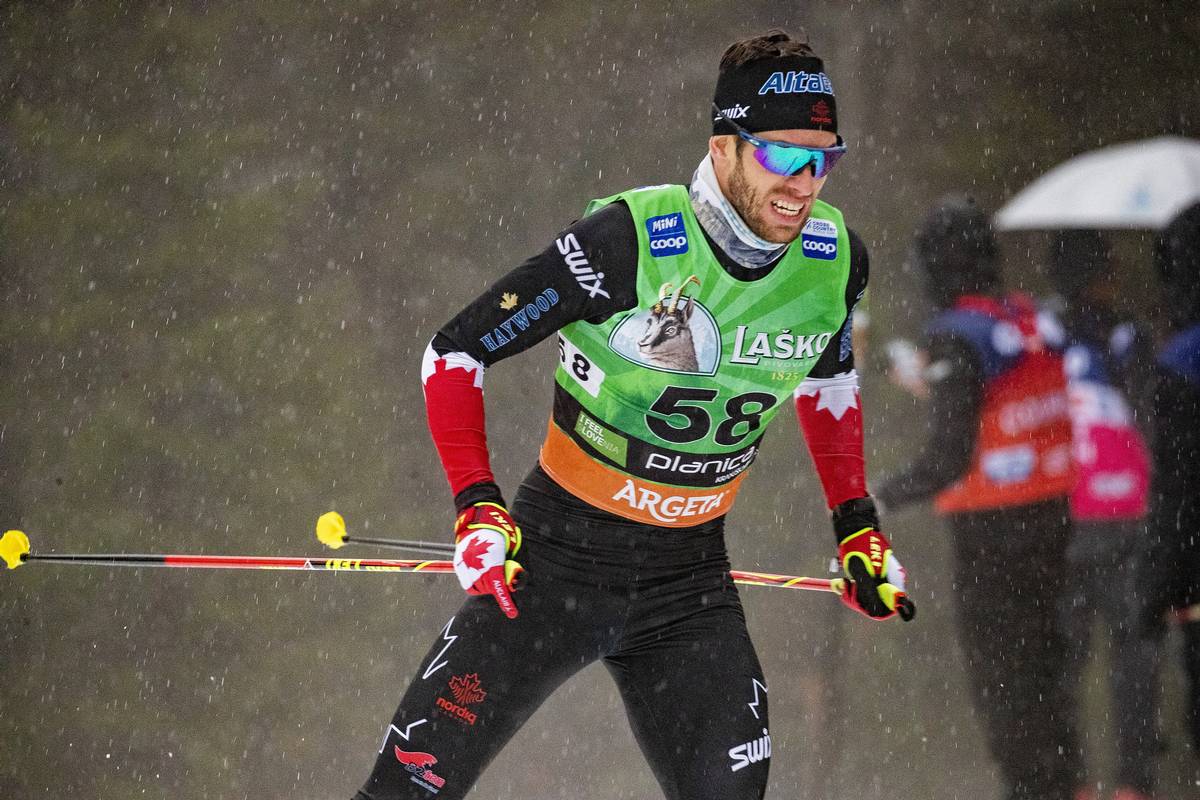 Individual racing for Period I on the World Cup has concluded. Tomorrow features a skate team sprint in Planica.