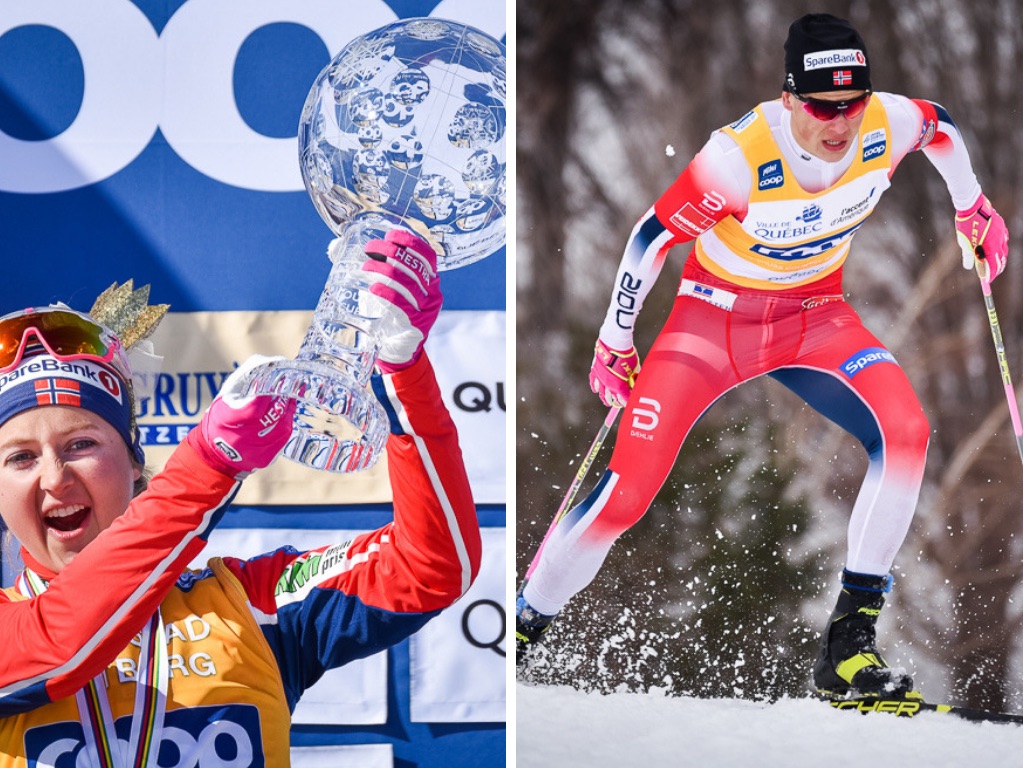 With the 2018/2019 season officially in the rearview, FasterSkier is running a series of articles highlighting some of the players and performances from the season. This year, the International Skier of the Year awards are nominated to two Norwegians who spent the season at the top of the World Cup ranks, Ingvild Flugstad Østberg and Johannes Høsflot Klæbo.

Consistency is Queen, and for that Ingvild Flugstad Østberg reigned superior in 2018/2019 with resilience and an unwavering presence as one of the best skiers in the world at any distance. The 28-year-old entered 27 of 32 World Cup events this season, only sitting out the sprints in Dresden, Otepää, and Lahti, and the weekend in Cogne. In all of those races, she never fell outside the top-30, and with the exception of four events, all sprints, she never finished outside of the top-10. When she was outside the top-10, she placed 11th, 16th, 19th, and 26th, results that the majority of the field would hope to achieve on their best day.

These unfaltering performances are nothing new; for the past few seasons, you could count on her name appearing near the top of the results list in every race she has entered. She has been ranked in the top three in the Overall World Cup standings since 2016. Nevertheless, the 2018/2019 season has been especially noteworthy. 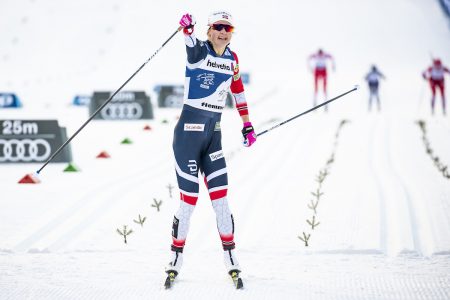 In many ways, Østberg could caption this season with one word: “finally”. After entering the final stage of the Tour de Ski in the lead in both 2016 and 2017 only to be passed by her teammate (first Therese Johaug, then Heidi Weng) and left as runner up, she finally had her chance to celebrate as champion atop the Alpe Cermis. “My dream came true,” she told FIS after the race.

Østberg landed herself on the podium 12 times in total (that is nearly half of her starts) to earn the Overall World Cup title after three years in the hunt. Her win was never certain, as Russia’s Natalia Nepryaeva tailed her closely throughout the season. Taking home the crystal globe was another dream that Østberg was not sure would be realized.

“It’s hard to describe actually,” she told FIS about how she was feeling after her win. “I think I never could have dreamt about fighting for this jersey for some years ago, I saw Marit [Bjørgen] and Therese fighting for it and I was like, ‘Oh my god, they have the yellow jersey.’ And this year, I managed to fight for it, and the last races I’ve been tough both physically and mentally, and fight between me and Nepryaeva. Today, when I managed to finish on the podium in the tour and can say that I’m the winner of the overall world cup, it’s an unbelievable feeling.” 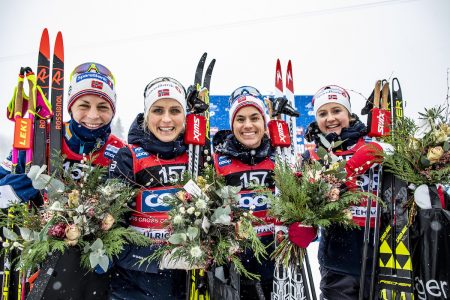 In addition to her crystal globe, she medaled five times at the World Championships in Seefeld and taking home four silver medals and one bronze. Two of her silver medals were earned in distance races, the other two in shorter events, the relay and team sprint, demonstrating her prowess as an “all-arounder”. She contributed to two additional 4 x 5 k relay wins in Beitostolen and Ulricehamn.

You might be wondering, what about Stina Nilsson who won six sprint events and swept the World Cup finals, or Therese Johaug who won every distance race except for the final races in Québec’? Perhaps we like rooting for the underdog, though it feels wrong to call the World Cup staple by that name. Nilsson and Johaug certainly deserve an honorable mention, but Østberg’s unwavering success across the board makes her unquestionably deserving of the title International Skier of the Year. 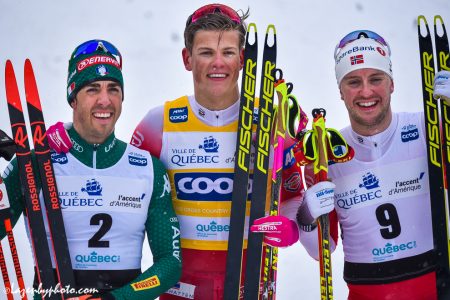 It is hard to believe that Johannes Høsflot Klæbo could put together a better season than 2018, but the 22-year-old phenom matched his 14 podium finishes and astonishingly increased his number of victories from 11 to 13. In addition to adding a third Sprint World Cup crystal globe to his collection, he demonstrated in distance races that he could still do more than just sprint as he earned his second globe as Overall World Cup leader. He took home three gold medals from the World Championships in Seefeld, one each from the individual freestyle sprint, the classic team sprint, and the 4 x 10 k relay which he anchored. He also won four stages of the Tour de Ski to walk away as the youngest champion in history and swept the three stages of the World Cup Finals in Quebec.

This highlight reel does not tell the whole story. The season was not a breeze; his crystal globe was not awarded to him for his toothy smile or his eternally windswept blonde hair. There were, undoubtedly, many sprint days when his strategy and execution allowed him to powerfully surge away from the field, making his victory look easy. But when the haggard skier fell across the line at the top of the Alpe Cermis, no one was questioning the effort the accomplishment had taken.

The season’s challenges began early. In fact, after his first race, many wondered if his dominance the previous year had inflated his chest a bit too far, whether there was too much swagger in his step. Pride goeth before the fall and seemingly thinking that he had it locked up, Klæbo’s look over the wrong shoulder cost him the win in the first race of the season.

In the following race, Klæbo was knocked out by a broken pole in the semis. There was also the incident in the semifinal of the skate sprint during World Champs when a tangle with Sergey Ustiugov nearly knocked the Norwegian out of contention; he had to find a new gear to sneak back into second place in the final meters, otherwise he would have had no chance of advancing as it had been a slow heat.

As if the near miss wasn’t enough drama, Ustiugov was issued a yellow card for unsportsmanlike conduct after he confronted Klæbo at the finish. Though they were, unfortunately, not mic’ed up, the men exchanged what we are sure were some choice words, and Ustiugov went so far as to give an instigatory push and a few pats on the cheek (video).

Without a doubt, Klæbo’s titles were hard earned and well deserved, and we are glad to add this one to his list. 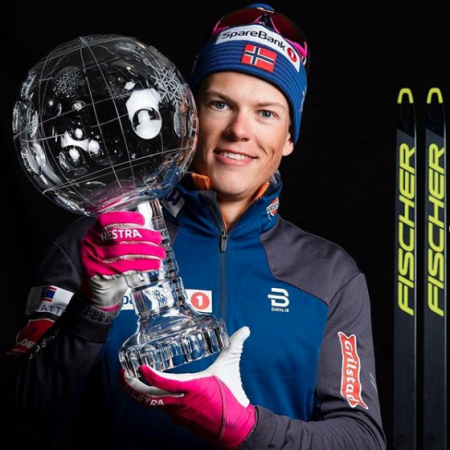