Of the 12 workouts in six days at last week’s U.S. Ski Team (USST) dryland camp in Lake Placid, N.Y., two tested VO2 max, two were speed-specific, including a classic-sprint simulation, and three were strength sessions with a smattering of recovery runs. Also that week, the team incorporated Level 3 threshold and three distance sessions, with the National Elite Group (NEG) and National Training Group (NTG) joining several of its workouts.

At the end of it all, several team members shared their highlights from camp: 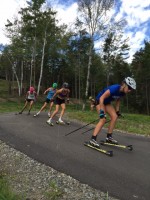 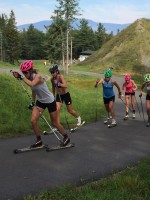 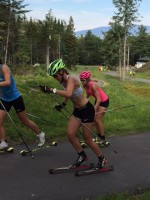 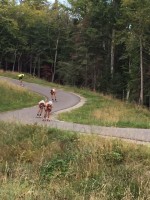 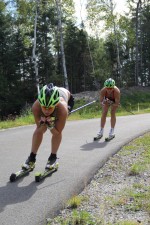 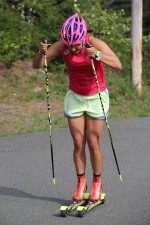 Kern during a rollerski session in Lake Placid in September. (Photo: Bryan Fish)

Favorite training moment: “Doing skate speeds on the Lake Placid rollerski track, for sure. It was so awesome to practice high-speed transitions and get some sweet, smooth, car-free speed practice.”

Favorite moment outside of training: “Getting some sweet henna tattoos from Hailey and Jenna (two of the junior girls at camp).”

On training with the best: “It never ceases to amaze me training with the USST girls. Getting the opportunity to copy their technique and have them there to motivate us during harder sessions is beyond awesome. One thing that I learned talking to some Norwegian junior skiers is that they have never even met most of their national team girls. This really put in perspective for me how lucky we are to be able to train with them.”

On making strides: “I’ve learned so much this camp. I’ve been working a lot on bounding technique and it was pretty sweet to have some breakthroughs doing bounding. I’ve also learned a lot about sprint tactics from having the opportunity to do a sprint time trial alongside the USST girls.”

Favorite workout: “My favorite workout of the camp was probably the run we did on the final day. We ran up Algonquin and then to Avalanche Lake. I love running in the Adirondacks and was happy we got to get out and do some adventuring at the camp. It was the perfect way to wrap up and watch the fall colors begin to change.”

On what makes the camp unique: “This camp was both the shortest camp and the most focused on intensity that I have done this summer. I thought it was a really fun format and enjoyed jamming so much into one week.”

On a larger training group: “I think having a larger, younger group is both motivating and inspiring. I remember when I was the same age the NTG girls are now and how excited I would get for camps. I got to room with Julia, who is also my SMS teammate, but I loved talking to her about everything and reflecting on what it was like when I was her age. They all bring a lot of new energy and are also fast and can challenge us in many of the workouts.” 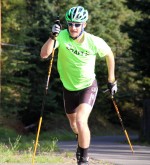 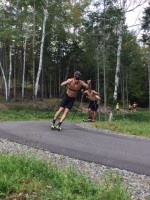 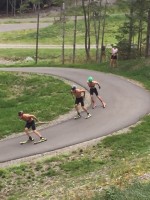 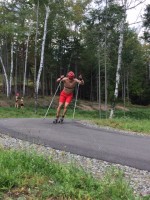 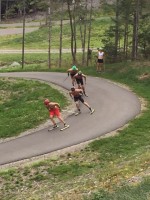 Highlight: “To be able to hammer out some high-intensity intervals and be pushed by some new faces I don’t get to train with very often.”

On a tight schedule: “This camp was slightly different than our normal Lake Placid camp because it was shorter and more intense, our coaches packed in a lot of quality training into 6 days including one day with double intervals. I think our camp schedule has been thought out really well this year and personally, my fitness is feeling better than ever.”

On working out with young guns: “Having a younger contingent at this camp was awesome. For someone who has spent the majority of the last several years racing on the world cup there are a lot of young faces in the National Training Group or even top level US skiers that I’m just meeting for the first time. This LP camp was a cool way to connect with the up and coming talent and train together and push each other, I’m really impressed with both the younger guys and girls that are training with the NTG these days.”

Favorite moment: “Watching the bobsledders train for their World Cup team selection… those dudes can push some serious weight.

“Our Placid camp was great this year. Only being there a week, our focus was on quality over quantity. Of course we got in some great runs (today we did the Algonquin to Avalanche Lake loop), but we were hitting the pavement hard with 5 intensity sessions and 2 speed sessions throughout the week.”

On training with the NTG: “It was so awesome having the NTG group around. We were getting pushed in every single workout by those guys and girls, and it’s always an awesome feeling to turn around during a hard interval session and see a 16 year old hot on your heels. I’m so psyched about where our future is headed as a top XC nation.”