For any person interested in learning about the yin-yang of individual versus group training sessions, the video, which runs nearly an hour, is well worth a viewing.

Bråten, originally from Norway, was hired as a national team coach in 2018. During the webinar, he quickly informed viewers his comments might possess a counterculture perspective.

“I think that there is a culture maybe, not specifically Canada but maybe a little bit everywhere, where you put some things in the box of what to do together and a box of what not to do together,” Bråten said. “Overall what I have seen in Canada is a lot of training together,” he continued. “It is almost daily at a lot of programs. Up to five or six sessions a week which is extremely big in my opinion. There are a lot of ways to roam — it might work for your program and I do not have all the insight and the details, but that is a big number for me. I am more used to two to three times a week.”

Bråten explores the notion of allowing for more autonomy in an athlete’s training and how that often allows for more creativity. He challenges clubs, coaches, and athletes to think about what exactly the individual and group would like to achieve and then drills down on what makes the best sense in balancing group and individual needs. He provides a clear example of how group intensity sessions can inform an athlete when they set out for a solo workout. Bråten describes it as building awareness in a “standardized session to learn what it is supposed to feel like.” Once the athlete knows their individual sensations at a specific training intensity, an individual intensity session may have benefits.”[They can] flip between a group and individually, they know how they should feel,” Bråten added. 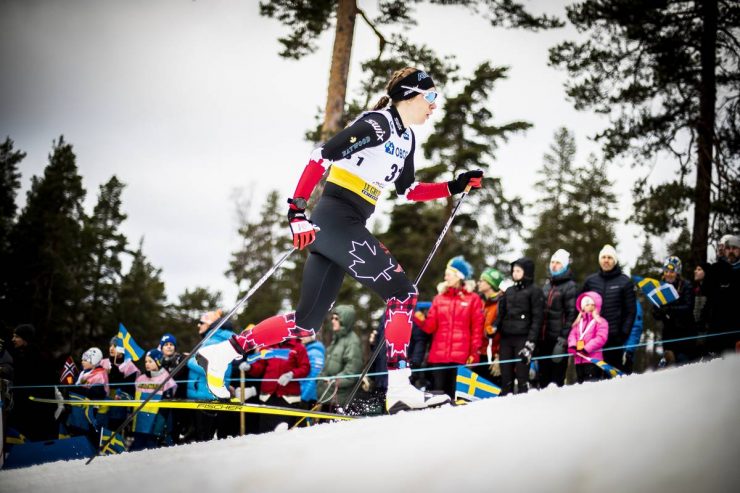 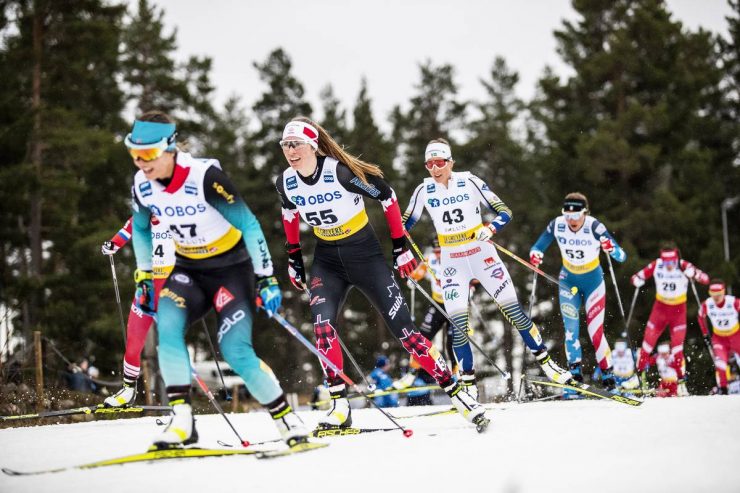 Beatty (26) is based in Canmore and is a longtime member of the Alberta World Cup Academy (AWCA) and Senior National Team. As she developed as a skier in Whitehorse and became a member of the AWCA where her training loads increased, she began to balance the group and individual conundrum. Beatty suggested her individual workouts are most often very focused and many times are organized around a session where she is gauging periodic progression.

“When I plan in workouts like that with my coaches, [the periodic progressions],  then I am less willing to budge or change the format in order to do it as a group,” she said in a follow-up phone call. “But, I would say pretty rarely, for a harder session, if someone wants to join in am I going to say ‘no don’t join, I want to do this all by myself’. If it is something historically that I have done by myself, for example, and I don’t want to get a draft from another skier, then I would do the workout by myself.”

Beatty explained that as a veteran elite skier, she’s had to be clear in defining and meeting her specific goals. And in turn, reflect on the group-individual balance.

“Really just knowing how you are going to get to these goals that you have made,” she said. “I know athletes of all ages are good at making a goal, a big goal, that is an easy thing to do. It is often harder to make those small goals in between. Or actually make the conscious steps to follow through and get to those goals.”

For his part, Coleman unpacked the concept of intrinsic and extrinsic motivators as well as the opportunities and challenges of training in a group and individually. A key take away was guiding skiers through the ups and downs of seeing a teammate make gains while they themselves may be struggling.

We’ve embedded the Nordic Canada video in the story. However, you can find a menu of Nordiq Canada’s Nordiq Connection webinars here.