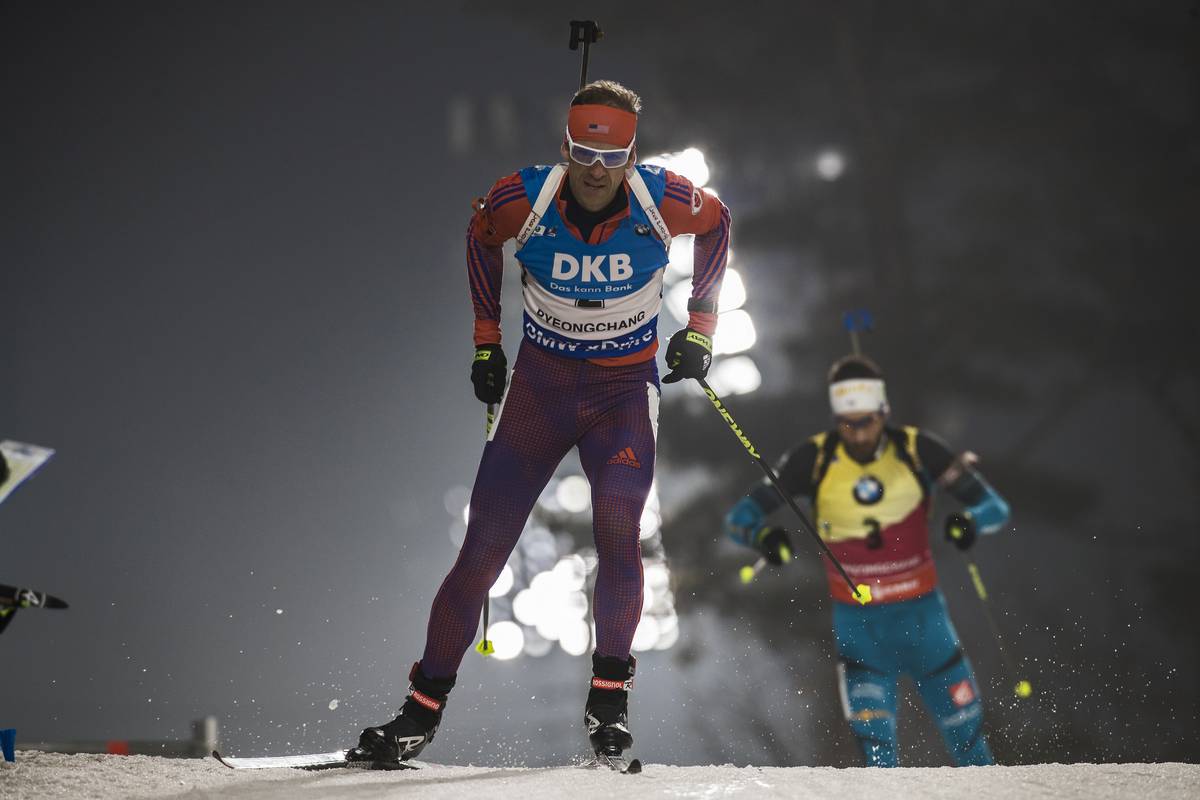 For years under the leadership of Bernd Eisenbichler and Per Nilsson, US Biathlon was a polyglot enterprise. It’s often claimed the high performance staff at USBA had a decidedly United Nations vibe. As a sport firmly entrenched in Europe, siphoning some of that expertise into the U.S. program paid dividends over the past two decades.

IBU World Cup podiums and World Championship medals were the payback. Lowell Bailey, at thirty-seven years old, is a hybrid product of an American development system infused with that European biathlon know-how. He was recently announced as US Biathlon’s newest high performance director after Eisenbichler resigned effective March 31.

Bailey honed his cross-country skiing and biathlon as he grew up in Lake Placid, New York. Along with Tim Burke, the new USBA director for athlete development, the two forged a successful path as juniors and then as elite-level World Cup biathletes. Both won World Championship medals: silver for Burke in 2013, gold for Bailey in 2017.

“I spent two decades working as an athlete on the US Biathlon team and the last 12-ish years on the World Cup so I feel like I have a good feeling for what the top of the pyramid looks like,” Bailey said during an interview on March, 2. “But I have gotten a lot of perspective on that question of ‘how does a kid get involved in biathlon in our country?’”

With USBA’s unfulfilled goal of winning a first Olympic medal, Bailey’s race and recent administrative experience could create the lab in which the goal is realized. Although never having led an organization with tentacles as long as USBA’s, which span a massive continent when it comes to development, Bailey’s perspective on how to engage younger athletes in biathlon has been broadened in Bozeman, Montana.

how does chantix work

“Roughly three years ago I started working with Crosscut Mountain Sports Center as a consultant helping to raise awareness of their nascent endeavor — last year I took over as executive director,” Bailey said.

During his work with Crosscut both as a consultant and the ED, Bailey was tasked with leading the visioning process for a Bozeman venue with world class facilities, IPC, IBU, and FIS homologated courses, and a paved roller ski loop. Bailey’s tenure with Crosscut overlapped with two active years as an IBU athlete and a third, after he retired in 2018, when he resided in Bozeman and immersed himself in grassroots organizing.

“I think the experience he had working in Bozeman gave him real insight into the real challenges that regional programs face as they try to add biathlon to their offerings,” Max Cobb, CEO and President of USBA said of the skill sets Bailey brings to the organization. “I think we will see him come at that in a really practical and helpful way. I think that will result in a lot more growth of the sport all around the country.”

Bozeman provided Bailey with a lens into how to build from the ground up. The community remains rooted in mountain culture and an outdoor lifestyle. Young children have opportunities to cross-country ski and develop biathlon skills with the Bridger Ski Foundation. Montana State University offers the potential for aspiring national level biathletes to train and concurrently pursue academics. Crosscut, if it moves forward with breaking ground on its winter sports facility, could become the model USBA and locals envision to build potential elite biathletes. 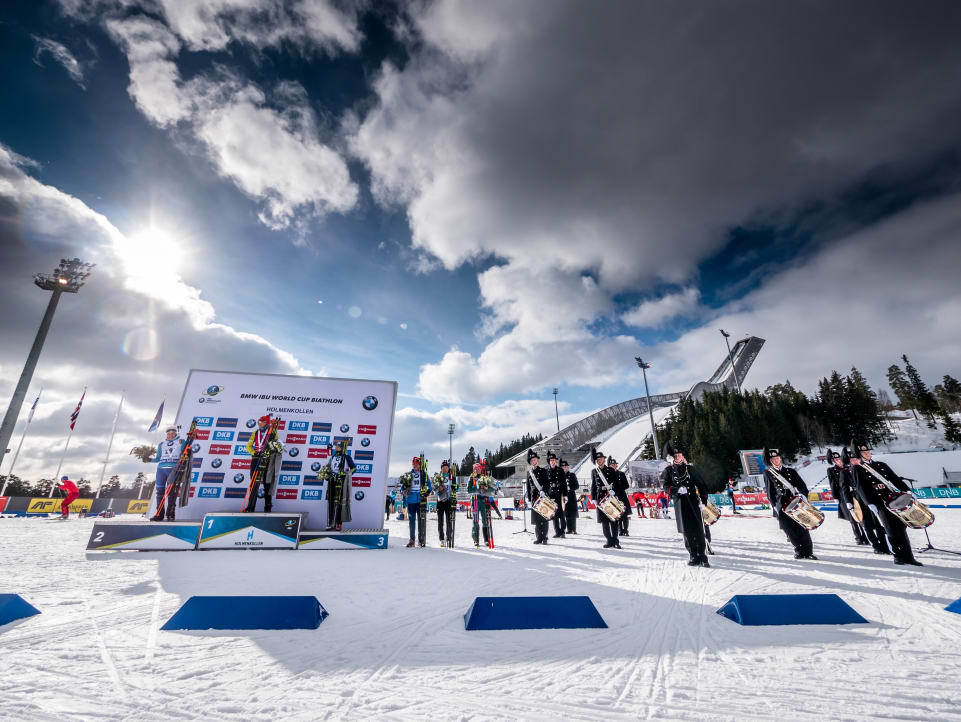 The “what ifs” Bailey pondered in Bozeman also reinforced his deep understanding of the hurdles biathlon faces in a massive geographic swath like the U.S. Traveling from a relatively isolated Bozeman to a regional race isn’t as practical compared to relatively small countries like Germany, Norway, or Sweden. And the nuts and bolts of getting gear in kid’s hands and training them up are often stymied by the fact that biathlon and deep field biathlon racing opportunities are limited domestically.

“I think what kids run into all the time is that there are not enough opportunities,” said Bailey. “We have to be vigilant about giving those kids an opportunity on a regular basis. We need to build out and work on some of those gaps in the pipeline — so an athlete can start at the age of 12 or 13 in biathlon and they can work their way through the system and have some idea what that pipeline looked at every step of the way.”

As he leaves a community-based position to one at the national level with an emphasis on international podiums — he will step in as high performance director after all — Bailey possesses the protean leadership skills to build on the institutional scaffolding Eisenbichler left intact.

Bailey will be helped by Burke and Danika Frisbie who were hired last year to assist USBA with athlete development. Burke takes on the new title of director of athlete development while Frisbie continues in her role as sport program manager.

“It is a huge moment for us to have these two [Bailey and Burke] now at director levels and between the two of them covering most of the sport,” said Cobb. “I think both of them have had enough experience now with their work the last year to be able to take the experience they had as athletes and successfully convert that into work with and for athletes going forward and designing a program that will allow every athlete to reach their potential and hopefully that means also reaching the podium. It is a very exciting time.”

Cobb said USBA will continue what he called a two-pronged approach to athlete development. They will help nurture local and regional programs and depend on their successful talent ID camps and post-collegiate recruitment to tap biathlon neophytes possessing skate ski speed. Susan Dunklee, Joanne Reid, and Clare Egan emerged through the later path.

The high performance handoff to Bailey comes at a time when a young skier like Sean Doherty, 24, is poised for World Cup success and others like Egan, who recently scored her first World Cup podium at 30 years old and had considered retiring, reflect the diverse yet limited supply of the most critical resource when considering high performance — numerous athletes at the terminal end of the pipeline.

“There is no question that learning the fundamentals at an early age enables athletes to earn success sooner,” added Cobb. “Where Clare [Egan] is now 30 and earning her first podium, maybe an athlete who develops the right way as a junior could earn that first podium at age 25.”

What this all means is the U.S. must build depth in its athlete ranks. Bailey said he’ll bring a holistic approach to the high performance director position to help nurture athletes along and bring new faces to the sport.

“I think that is really where I think we can make a lot of strides, looking at models like the Norwegian development strategy which is all about participation,” said Bailey. “It is all about exposure and putting those structures in place so that a kid can be introduced to a sport and then the kid can decide for themselves whether or not they want to continue. And that I think is when you hit the sweet spot of Olympic success. If we are all talking about winning this first ever Olympic medal for US Biathlon. I think if you really step far enough backward in the development process, any model that sort of pushes a kid without by in from the actual athlete is inevitably going to fail.”