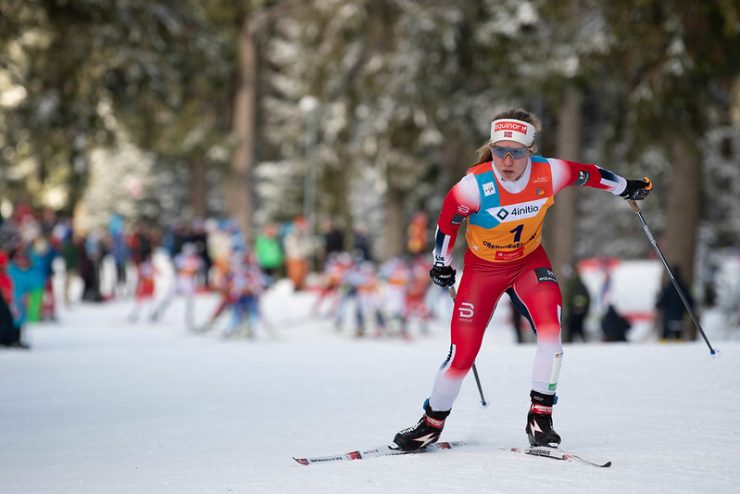 Wednesday in Oberwiesenthal, Germany World Juniors continued with a 15 k mass start skate for the women. 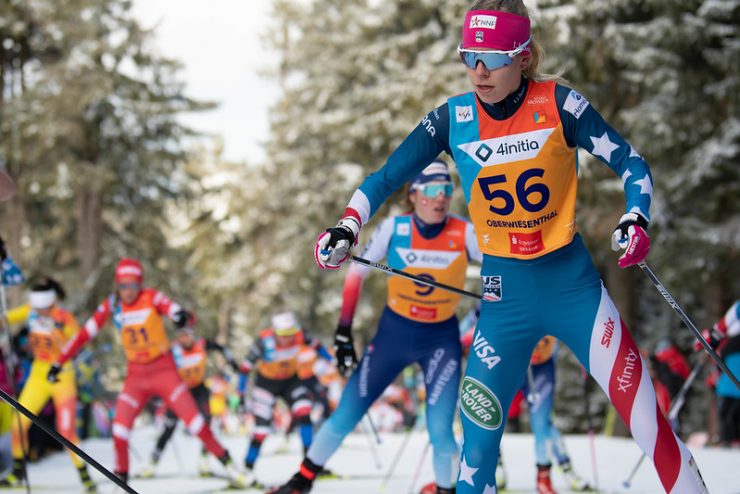 Starting in bib 56, layered well back at the start, was Sophia Laukli (Middlebury) for the U.S. Laukli (19), in her first Junior Worlds, moved up in the pack to place fifth overall (+1:26.5). 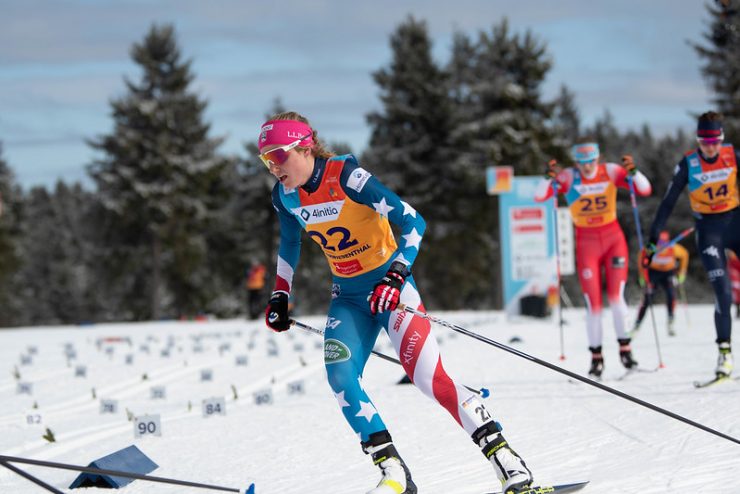 Novie McCabe on her way to 9th overall in the 15 k mass start skate. (Doug Stephen) 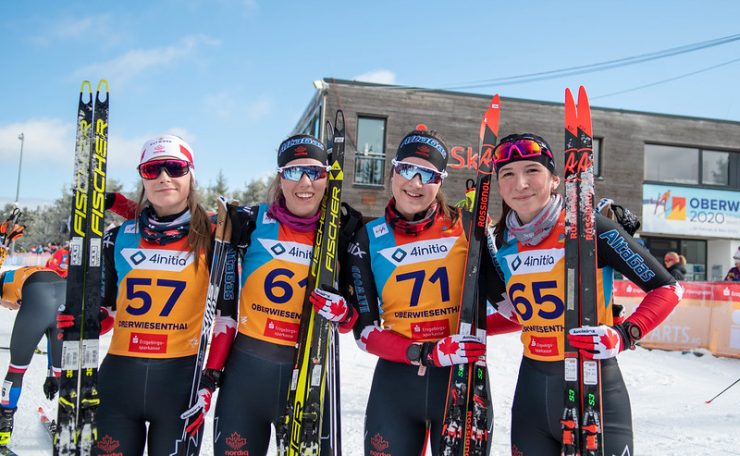 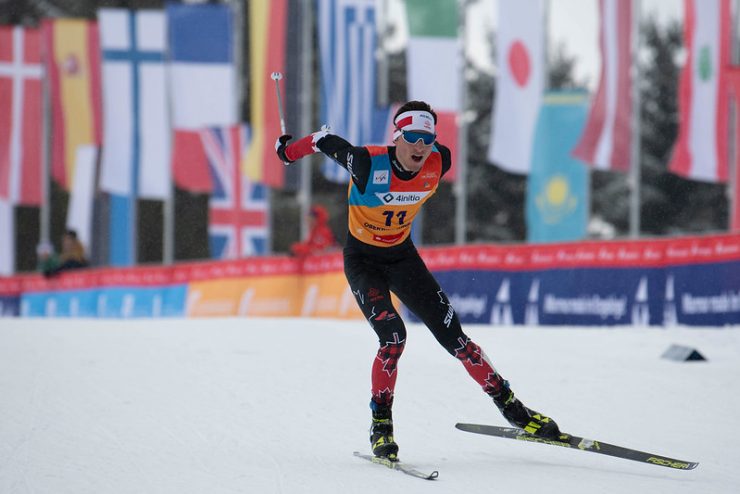 Scrolling not so far down on the results sheet to places fourth and fifth, respectively, added some excitement for North America; Remi Drolet (Black Jack Nordic) of Canada placed fourth overall (+43.2), and Gus Schumacher (AWS) of the U.S. fifth (+56.1). For Drolet, this was a Junior World’s career best result – he placed seventh in last year’s Junior World’s 30 k mass start skate.

At 25 k Wednesday, Drolet was positioned sixth overall, 19.4 seconds back on the then leading Moch. He was in a group with Mørk, and Italy’s Davide Graz. Roughly four seconds ahead was Schmacher as their carrot. By 28.8 k, Schumacher had faded slightly, as Drolet moved into fourth. 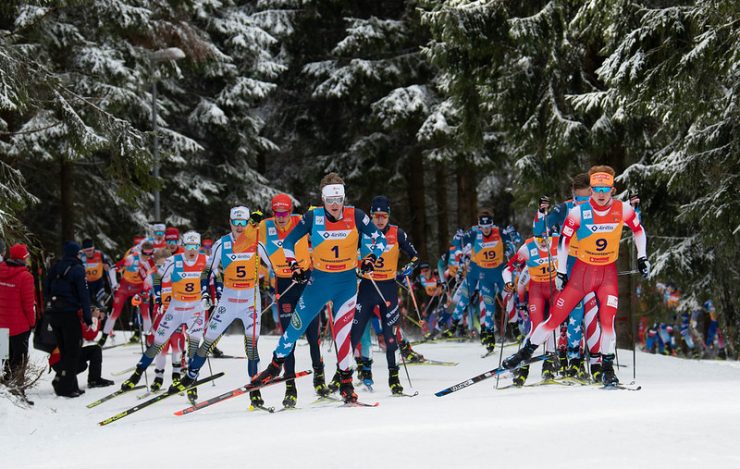 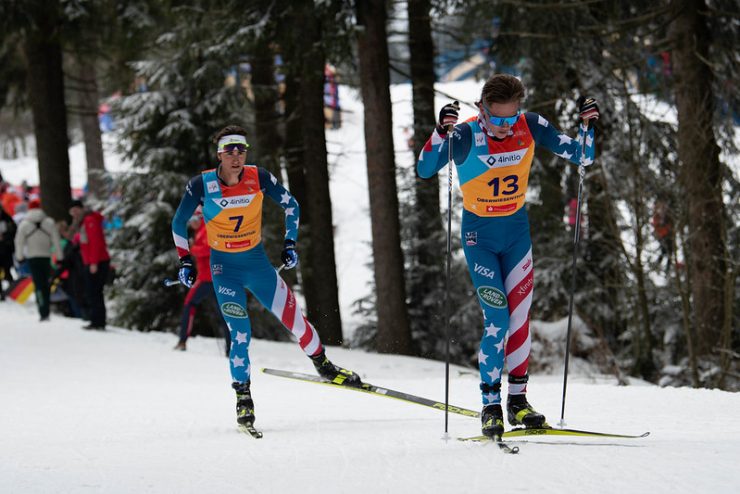 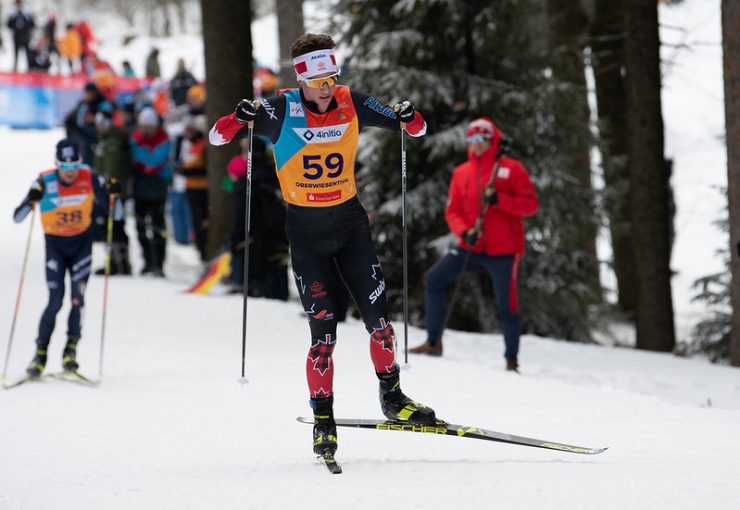 These events conclude individual racing for the juniors at these World Championships.