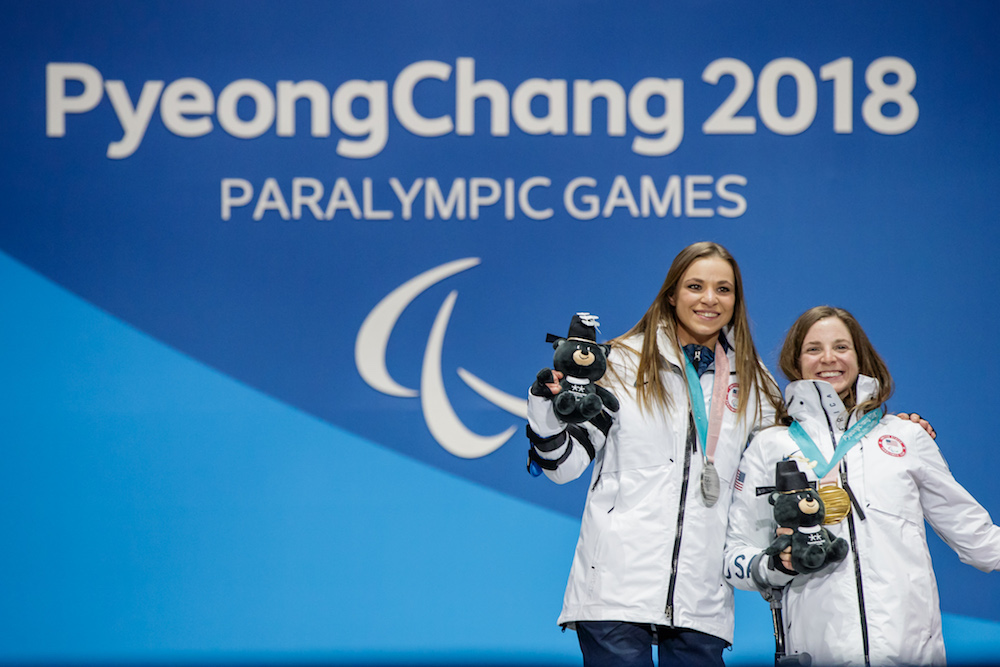 Of the members of the U.S. Para Nordic team, more than half compete at the highest level in both summer and winter sports. Instead of quadrennial, their training is designed for biennial Paralympic cycles, oscillating between sports each year with an overall focus shift toward whichever Games is approaching fastest.

And the goal is not simply to compete in both rounds of the Games, it is to bring home medals. 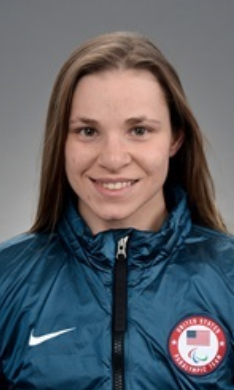 Illinois based Oksana Masters is a four-time Paralympian with eight medals; she earned two gold, three gold, and two bronze medals in cross country and biathlon, and a bronze medal in rowing — the first American medal in the trunk and arms mixed double scull category. After a back injury in 2014, she switched from rowing to cycling, and went on to qualify for the 2016 Paralympic Games in Rio de Janeiro, Brazil where she walked away just shy of the medals, finishing 4th and 5th and hungry for more. 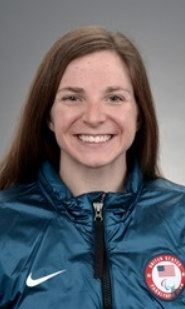 Her teammate, Kendall Gretsch, took home two gold medals from the 2018 Paralympics in cross country and biathlon and is a three time world champion and five time national champion in paratriathlon, an event that was not part of the Summer Paralympics for her category until the upcoming Games in Tokyo. Gretsch has been living and training at the Olympic Training Center (OTC) in Colorado Springs since March of 2019.

Under normal circumstances, there would be an 18-month gap between the summer Paralympics in Tokyo and the winter Games in Beijing. However, on March 24th it was announced that the Tokyo Games would be pushed back to August of 2021 due to health and safety concerns surrounding the global COVID-19 pandemic. For athletes also competing in Beijing in February 2022, this leaves roughly six months to change gears and prepare to again be at peak fitness, which is no small challenge.

Let’s take a step back. In mid-March when the scope of the pandemic became apparent and Europe and the United States began to rapidly shut down, Masters was in Östersund, Sweden about to compete at the World Championships in biathlon. The team had arrived a few days prior to the start for training, but plans changed at the last minute.

“Instead of waking up to a message from your coach saying, ‘Hey, it’s race day!’ Instead, it was, ‘Bad News: Sweden is cancelling all events that are 500 people or more,’” Masters told FasterSkier in a call. 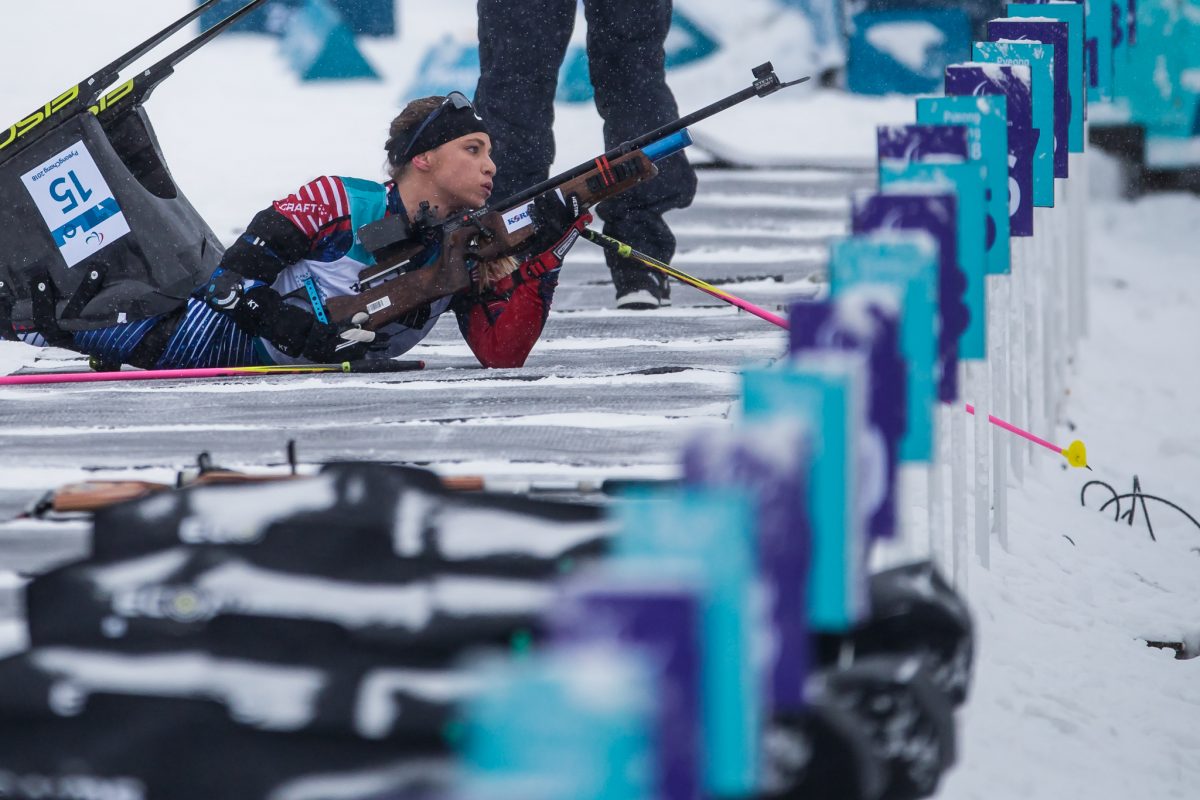 Oksana Masters focused and in the moment on the range during the 2018 Paralympics in PyeongChang, South Korea. (Photo: U.S. Paralympics/Joe Kusumoto)

She recalled feeling “shocked” as her season ended so abruptly. Her plan had been to leave halfway through the World Championships in order to head to an essential Tokyo qualifying event for cycling.

Her initial reaction was frustration that she had missed valuable training time for cycling by staying with the nordic team through mid-March, but with the understanding she now has of the scope and severity of the pandemic, her perspective has shifted. That said, she is also fully aware of the challenge she now faces to peak for two separate sports in such a short period of time.

“This is way bigger than sports and the Olympics… [The organizers] made the right call [to postpone] and I’m happy with that, but in my ideal world, I wish that this never happened. I’m sure a lot of people do. Because they postponed to 2021 and my focus is to make it to 2022 as well, it made that transition window from Tokyo to Beijing from over a year to basically six months. My sports are two separate sports — they do not go hand in hand, they are complete opposite motions and I have to basically start over with my fitness, minus the endurance.”

Finding the silver lining, she added that the Olympic postponement does allow her more time to prepare for cycling.

“The good side is that because I was competing full-time on the nordic side and did the World Cup season, I missed a lot of training time on the bike where my competitors were traveling to Spain and all these warm places to get on the road and spend those hours on their bikes. So now this is allowing me to work on my bike that I’m building and at the same time just get more time on the bike and get sport specific strength.” 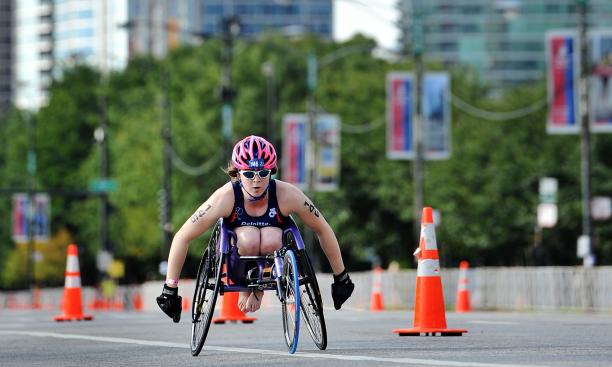 Because she too needed to qualify for Tokyo, Gretsch had ended her nordic season before the World Championships and was in Florida at the main triathlon qualifier when the country began to shut down. She was slated to compete on back to back weekends, both of which were cancelled the day prior to the first race. It is currently unclear what Gretsch will need to do in order to make the U.S. triathlon team for Tokyo.

“At this point, it’s kind of just waiting to see when we’ll be able to race again. Once that’s solidified more, the international triathlon union will have to come up with new qualification criteria and then, from that, the US will come up with new qualification… I’ll definitely have to compete in a couple more international events to solidify earning a country spot for the US.”

Aside from the uncertainty regarding travel and the seemingly impossible challenge of holding the 2020 Olympics and Paralympics without furthering the spread of the coronavirus, many athletes were also unable to access facilities and resources they depended on to practice skills and adequately prepare for their sport. For Masters, the inability to access a gym impeded her training routine.

“As a Paralympic athlete, in my two sports — especially for skiing — I rely on strength training,” Masters explained. “I lift three times a week. So that took a big toll.”

Her normal spring routine would include baseline metabolic testing and training camps with her coach, who is from Germany. Since he is currently unable to leave the country, Masters is not sure when she will be able to meet with him for these measures to evaluate her training. Overall, she is hitting reset on her plan and embracing the time to change gears at a more manageable pace.

“In my case, we’re kind of starting all over and making sure the base is good in cycling,” she said. “So it’s a lot of endurance riding, a lot of time on the bike, and just adjusting back to it the right way, as opposed to coming off the nordic season, trying to make the qualifiers in June, it was going to be shortcutting all that, which is really hard to do.”

Meanwhile, life at the OTC looks significantly different than Gretsch is accustomed to, with less than twenty people remaining on the campus. Apart from not being able to train in the pool or access the biathlon range, she is no longer able to get massage or other sports medicine treatments that she could previously. She does still have access to the OTC cafeteria, but meals are now take-out, meaning the remaining athletes on campus spend much of their day isolated in their rooms.

Not being able to swim has been the biggest impact on Gretsch’s training, as this would normally be a time of building volume for triathlon. She explained that she spends ten minutes per day on a stretch band swim trainer, but it is far from replicating the stimulus of the pool. She also borrowed some kettlebells and weights from the gym so she can do some strength training from her room.

“I think the good thing is that I’m still able to do two of the three sports in triathlon,” said Gretsch. “So even though I’m not swimming right now, I have been able to bike whether it’s inside on a trainer, or outside when the weather is nice here, and the same in the racing chair.”

Kendall Gretsch racing to her second gold medal of the 2018 Winter Paralympics on Sunday in the women’s 12 k sitting cross-country race in PyeongChang, South Korea. (Photo: US Paralympics/Joe Kusumoto)

Both athletes are feeling uncertainty about what the 2020-2021 nordic season will look like and how cycling or triathlon qualifying events will fit into the mix. Currently, a cross-country World Championship and an Olympic venue test event in Beijing are scheduled for February and March. But, seasons may need to be cut short for Tokyo qualifiers. Both athletes have found solace in the partnership between their two sets of coaches.

“I think the really awesome thing is that both my sets of coaches for nordic and triathlon are really good about being open and communicating with each other about the situation,” said Gretsch. “It’s obviously a really unique situation that no one expected to be in, but in such an uncertain time, I have a lot of confidence about the situation going well just because I know that everyone just wants to work well together and are understanding that both of these sports are a priority to me.”

Masters echoed the sentiment, adding that no one really knows how to handle the situation.

“They’ve been really flexible,” said Masters. “Knowing each of our different circumstances and just waiting to see what the new race schedule is going to be and what the key events and races are for me to go to before they start sending workouts. It’s a little bit playing it by ear and making it up as you go.”

Moving forward, she is staying positive and doing her best to adapt with the changes as they come.

“I try to keep it in perspective. For the most part, everyone is in the same boat… You can lose energy by focusing on all the things you cannot control. It is what it is. For me, I’m just trying to do my part for this whole coronavirus outbreak and just be home, be smart with my training, and just make each day count still and get stronger in some way.” 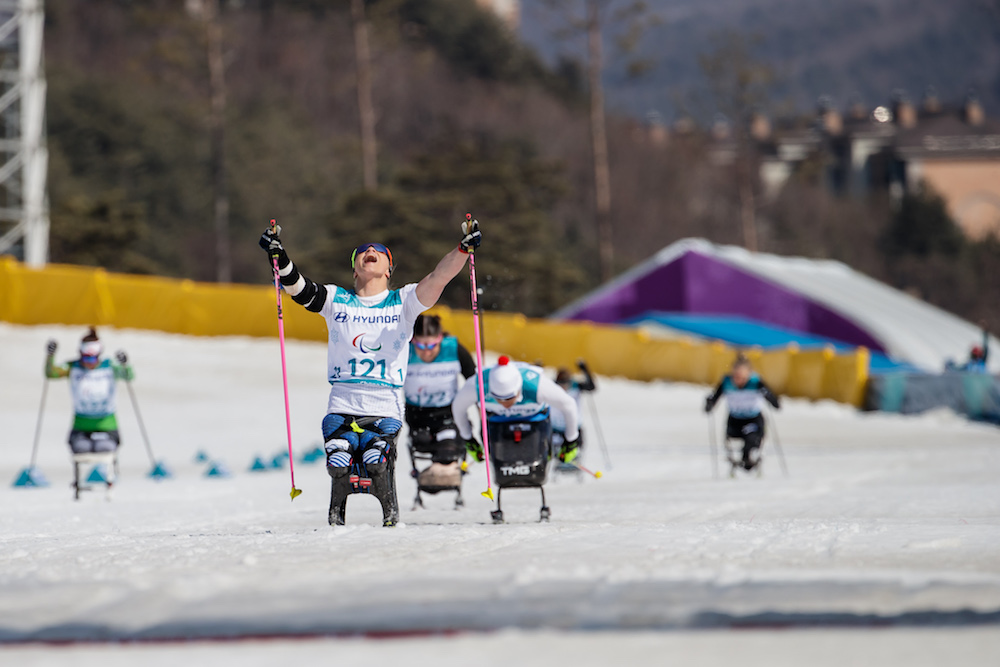