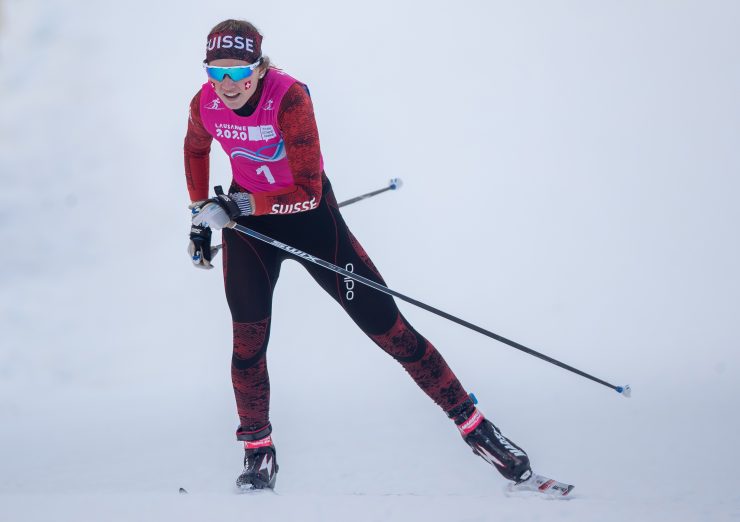 Madshus’ cross-country skiers sweep up the hardware at the third Winter Youth Olympic Games, which took place in Lausanne, Switzerland, from January 9-22.

Among the women, Siri Wigger (SUI) first won the both the qualifier and the final in the cross-country cross competition on Saturday, January 18. The next day, the young Swiss skier then moved on to winning the skate sprint after posting the second fastest qualifier time.

“I just felt like I had a lot of energy left on the last lap so I pushed really hard and was able to get a little bit of a gap. It’s incredible that I could win today too,” Wigger said, after her two back-to-back gold medals.

Finally, the 17-year-old capped her Olympic experience with silver medal in the 5-kilometer classic race on Tuesday, January 21.

“It was my race to win, but second is OK. It’s been an amazing week,” Wigger said.

Gold, silver and bronze for the men
Edvin Anger (SWE) took home one gold and one silver medal from the championships: In the cross-country cross on Saturday, Anger was second in the final and earned his first medal. On Sunday, the 17-year-old Swede moved up another step on the podium in skate sprint.

“It feels really good to go from silver yesterday to gold today. But it was a really hard, long day. You must know how to relax [in between],” Anger said after his sprint gold on Sunday, explaining that he had his eyes on the victory all along.

“I went for gold from the start [of the final]. After the tough hill I just went maximum.”

Additionally, Will Koch (USA) was third in the 10-kilometer classic race on Tuesday, January 21. He was also fourth in the cross-country cross on Saturday.

Complete results from all the events at the 2020 Youth Olympic Games in Lausanne, Switzerland

The 26-year-old American, who has been dominating Nordic Combined for the last two years and is a pioneer for women in the sport, points out that the 2020 Youth Olympic Games are the first international gender-neutral championships.

“When I started Nordic Combined five years ago, I never thought we would come this far,” Geragthy-Moats said.