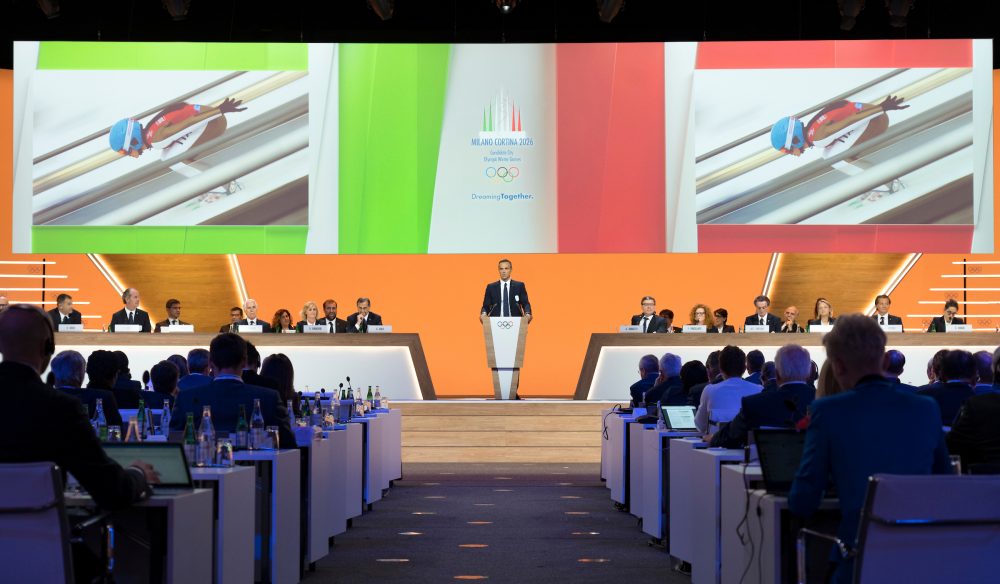 On May 25, Russian biathletes Alexandr Pechenkin and Alexander Chernyshov each received four year bans from competition for anti-doping rule violations (ADRV). The International Biathlon Union handed down the sanctions.

Each athlete has 21 days to appeal the case to the Court of Arbitration for Sport (CAS). Pechenkin and Chernyshov were both suspected of doping after the analysis of the Moscow Lab Information Management System (LIMS) database. The World Anti-Doping Agency (WADA), announced in January it had successfully retrieved the LIMS data. The two athletes in question were provisionally suspended in Nov. 2018, by the IBU.

One major reform coming from this week’s International Olympic Committee session in Lausanne, Switzerland hopes to align community desires with a host city’s bid for the Games. The IOC will require potential Olympic host to hold and win a referendum asking if citizens support the Games.

In the run-up to announcing the winning bid to host the 2026 Winter Games, (Milano-Cortina won), five of the seven original bidders withdrew from the process. Calgary’s bid to host the Games fell apart after citizens voted against hosting in a city-wide referendum. Sion, Switzerland and Innsbruck, Austria also held referendums that showed a lack of support and withdraw from the bidding process.

Other reforms adopted this week that will impact potential host cities include changing the time frame for announcing the winning host city bid. In past Olympic editions, the host city was announced seven years prior to the Games. The seven-year window is no longer. The IOC believes this reform will provide more flexibility with timing when awarding host city bids.

The IOC also expanded the definition of “host” to refer beyond a single city and include “multiple cities/regions/countries”.