Bodensteiner Hired on with the Utah Olympic Legacy Foundation

As part of his duties, Bodensteiner will oversee daily operations at the Soldier Hollow (SoHo) venue. According to the July 17 press release announcing the hire, SoHo came under Utah Olympic Legacy Foundation direction back in 2016.

“I’m thrilled to be joining an organization that’s accomplishing so much in Olympic and Paralympic sport, and which has established such a unique and powerful legacy,” said Bodensteiner in the press release. “I feel very fortunate to be joining the effort at a time when the UOLF is moving aggressively to establish a leading edge winter sport culture in Utah, for the benefit of our communities, our youth, and our state’s long-term ambitions in winter sport.”

Bodensteiner’s position of Chief of Sport Development extends across all aspects of the Utah Olympic Legacy Foundation, not only cross-country skiing and biathlon. These include ice skating disciplines at the Olympic Oval, and summer facilities for freestyle skiing at the Utah Olympic Park. During the winter, the Utah Olympic Park houses a bobsled/luge track and ski jumps. The jumps can accommodate summertime jumping. 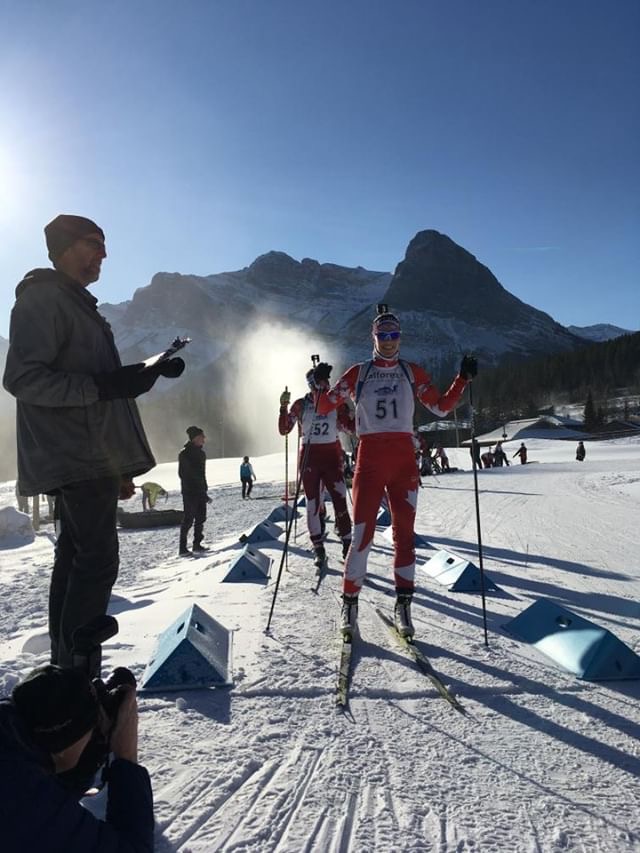 After hosting IBU World Cup biathlon events in Canmore, Canada this past February, the Canmore Nordic Centre has been informed it will not be considered for future biathlon World Cups for the next three to four years.

Originally built to host the 1988 Winter Olympics, the Nordic Centre is need of updating to meet the IBU’s host site standards. According to a CBC News article, the venue has asked the provincial government for $13 million to modernize the facility and update the firing range.

In the article, Ken Davies, the chair of the Alberta Event Hosting Society, said the province missed the deadline for allocating the money to update the venue.

Currently, it appears the provincial government has set the nordic centre’s upgrades as low priority.

“While we recognize that Canmore Nordic Centre has a long-standing tradition of hosting World Cup biathlon ski events, $13 million in upgrades is a significant cost that must be measured against other pressing government priorities,” Jess Sinclair, press secretary to Minister of Environment and Parks, said according to the CBC article.

Borders Commission: An Independent Panel Chartered by the USOPC

If you follow Olympic sport in the U.S., the cultural norms and values as practiced at the grassroots, club, elite, and the highest bureaucratic levels have been questioned in recent years. The brave athletes who revealed sexual abuse in elite gymnastics are among the voices who have championed the reform movement. They remain a catalyst for the Borders Commision’s work.

At the top of the U.S. Olympic sport organizational pyramid is the USOPC. As the sex abuse allegations were investigated and confirmed, the former head of the USOC, Scott Blackmun and the former Chief of Sport, Alan Ashley, were found to be negligent.

The USOPC remains under the reform-minded microscope. Enter the Borders Commission. The recommendations in the newly released report are widespread.

The report states that an athlete first approach is paramount. “The USOPC and the NGBs and their Paralympic equivalents alike, must course correct, placing athletes and their well-being, at the center of all considerations and business operations,” states the report on page 31.

Other recommendations include modifying the USOPC Board to include better athlete representation, providing broader access to health care and mental health services for athletes, and more athlete-centric funding models. It is by all measures a comprehensive report aimed at creating cultural norms at all levels of sport that protect and support athletes.

On July 17, the USOPC released a response to the report’s findings.

“The USOPC has already made significant progress to strengthen protections and empower athletes, and we are grateful for the Borders Commission’s diligent and extensive work to ensure that progress continues,” said USOPC Chair Susanne Lyons according to the press release. “We look forward to reviewing the full report and taking appropriate actions to implement and reinforce meaningful reforms to create a culture and environment where athletes can achieve both personal well-being and competitive success.”

USOPC CEO Sarah Hirshland is quoted as recognizing that a cultural shift is due.

“As we remain laser-focused on prioritizing and supporting the needs of athletes and NGBs, we must set clear standards of organizational excellence and hold ourselves and all member organizations accountable,” said USOPC CEO Hirshland. “With changes to governance and personnel, policies and procedures – and most importantly, culture – we are a very different organization than we were one year ago, but we have more work to do. We remain committed to that reform process and will share information about additional actions we are taking as a result of these recommendations. We are grateful to the entire Commission for their dedication and hard work over these past months.”