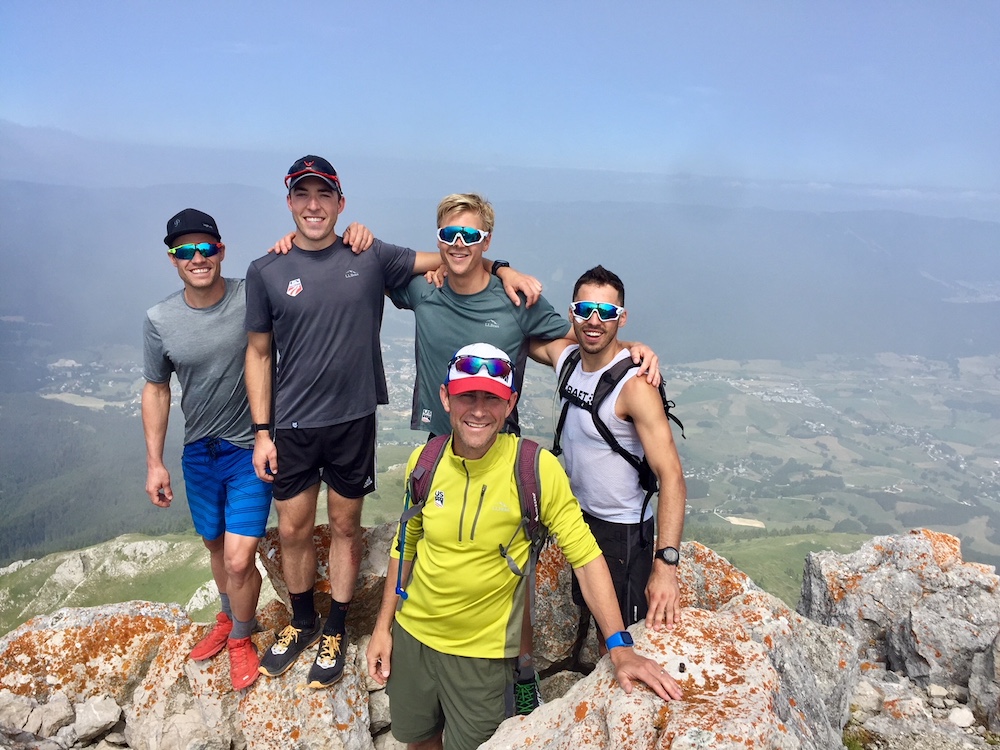 Grover and new USST development coach Gus Kaeding spoke with FasterSkier for its podcast on Sept. 11 to highlight some of the updated criteria and provide context for the modifications.

(A lightly edited conversation with Grover and Kaeding is available on the Nordic Nation podcast. Warning: you may want to time your listening for a 1.5-hour road trip or dish duty after a crowded dinner party. It’s a lengthy discussion.) 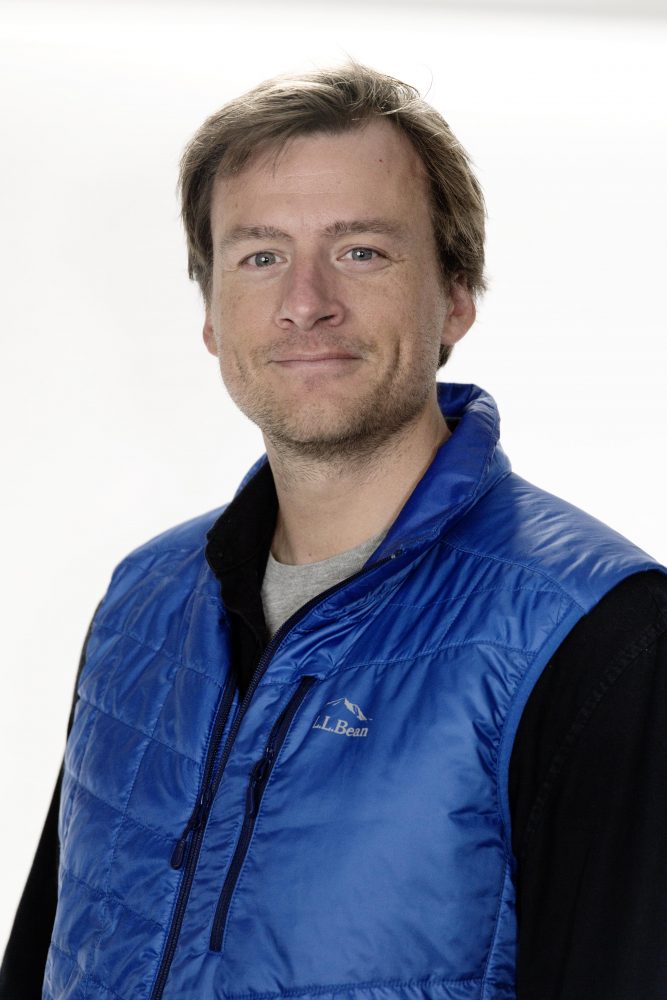 According to Grover, this 14-person working group was tasked with helping develop WSC and World Cup selection criteria. Further, this group, which again includes the four USST staff coaches, remains responsible for nominating the discretionary picks for each World Cup period this season.

Once those World Cup Period 1 nominations were made, they were sent to a three-person discretionary selection review group with the authority to approve or disapprove those nominations.

In a follow-up email, Grover clarified who serves on the discretionary selection review group. “This would normally be Bryan Fish, Luke Bodensteiner, and Rosie Brennan. Because Rosie is an active athlete, Dakota has replaced her,” Grover explained.

The other changes to World Cup selection that Grover cited in his original blog post are as follows and discussed in the podcast:

The World Cup remains the most direct path to meeting objective criteria for WSC team nomination.

Discretionary selection is divided into two phases: Phase 1 and Phase 2. The phases refer to the use of coaches’ discretion once objective criteria have been applied to WSC team selection.

As FasterSkier understands the criteria, Phase 1 will be used to discretion solidly performing World Cup skiers who have not met objective criteria. Phase 1 reads much like recent 2017 Lahti and 2015 Falun WSC discretionary criteria. The current language allows for some latitude when considering potential team discretionary picks. An indication of potential future championship medal performance, as well as any outstanding competition results from last season and the 2018/2019 season, are tools for coaches making discretionary picks.

However, the “attitude and commitment of athletes” language included in the past as a possible factor in discretionary selection was excluded from the latest iteration of WSC selection criteria.

The discretionary selections made by USST team coaches in Phase 1 will be reviewed by a three-person group including the U.S. Ski & Snowboard President and CEO Tiger Shaw, Bodensteiner, and the U.S. Ski & Snowboard board athlete rep as long as they are not actively competing. Another non-competing athlete will be chosen as a replacement if this conflict of interest arises. During the 2018 OWG selection, for example, former USST member Holly Brooks served as the athlete rep. Brooks was retired from competition when she served as part of the review committee.

For any remaining team spots, Phase 2 of discretionary selection “may” be used. This is where the selection of SuperTour skiers comes into play. Grover, in his blog, said the selection of domestic skiers from SuperTour could be perceived as the biggest change.

Phase 2 can but is not obligated to consider the 2019 Championship Selection List and the “next best athlete” in what the criteria define as a “pool” of athletes. The “pool” is separated into four discrete disciplines: women’s distance, women’s sprint, men’s distance, and men’s sprint.

The criteria also specify the “next best athlete” as “the highest ranked athlete on the ranking list in each of the four disciplines who was not nominated to the team.”

The athlete pools allow for the USST head coach to select an athlete from a refined list based on sex and discipline, rather than a single men’s or women’s list.

During the interview, Grover explained his rational behind Phase 2 Discretionary Selection and the use of pools.

“We obviously found ourselves last year in a situation going into the Olympics where we were feeling compelled, due to the language in the criteria, to look at selection as one list of athletes,” hesaid. “And to look at athletes who had more points in any discipline, whether they were a man or a woman, a distance skier or a sprinter, as the next best athlete to be nominated to the team. By moving the secondary or domestic selection from an objective domestic selection to a discretionary selection, it gives us coaches discretion to be able to select from the correct pool to fill an open start spot. So if we know that we need to fill a men’s 50 k skate spot, we can look to the men’s distance list and not to an overall combination of women’s and men’s distance and sprint lists. So this is kind of a creative way that we feel is going to solve the issue that we had last year. The USOC [U.S. Olympic Committee] has given us the thumbs up, to go ahead and pursue, and we are hoping that it selects more of the right athletes at the bottom of the selection.”

The process for selecting athletes in Phase 2 appears streamlined. Grover recommends an athlete from the “pools” and the three-person selection committee makes the selection. The criteria also specify that potential WSC team athletes chosen during Phase 2 should have attained a minimum World Rank (FIS points) of 120 in sprint or distance by the release of FIS points list 5 for this upcoming season.

In the past, athletes have contacted coaches to advocate for themselves. The updated WSC criteria provide guidelines by which athletes can contact Bodensteiner directly in writing as a means of self-advocacy. Those direct petitions are potentially considered by the selection committee.

For athletes with a grievance with WSC team selection, the criteria also provide contact information for the USOC Athlete Ombudsman Kacie Wallace. Athletes can contact the USOC for assistance when challenging their non-selection.

From USOC Bylaws, Section 1.3(W) pg. 3: “protected competition” means: 1) any amateur athletic competition between any athlete or athletes officially designated by the appropriate NGB or PSO as representing the United States, either individually or as part of a team, and any athlete or athletes representing any foreign country where (i) the terms of such competition require that the entrants be teams or individuals representing their respective nations and (ii) the athlete or group of athletes representing the United States are organized and sponsored by the appropriate NGB or PSO in accordance with a defined selection or tryout procedure that is open to all and publicly announced in advance, except for domestic amateur athletic competition, which, by its terms, requires that entrants be expressly restricted to members of a specific class of amateur athletes such as those referred to in Section 220526(a) of the Act; and

2) any domestic amateur athletic competition or event organized and conducted by an NGB or PSO in its selection procedure and publicly announced in advance as a competition or event directly qualifying each successful competitor as an athlete representing the United States in a protected competition as defined in 1) above.

As FasterSkier understands, the USOC does not provide legal representation for athletes. However, the USOC does provide a lengthy list of arbitration decisions on its website as a resource for those who believe they have been wrongly denied membership on a team.

Another notable change is the clarification of language as it pertains to the selection of WSC sprinters. In the context of selection criteria, it is referred to as the “5-sprinter-max rule”. In other words, no more than five sprinters total per sex will be selected to the current WSC team. Five male sprinters. Five female sprinters. No more.

During the 2018 Olympic Winter Games (OWG) selection, the five-sprinter-max rule was challenged. Specifically, the language in the OWG selection criteria did not specify what happens when an athlete dually qualifies through objective criteria. For example, last year Jessie Diggins, Sadie Bjornsen, Kikkan Randall, and Sophie Caldwell all met objective OWG criteria in both distance and sprint. Would a dually qualified athlete’s inclusion on the team take up both a distance spot and one of five female sprint spots? Last winter, that question appeared unsettled.

Again, in the podcast, some of the other major changes are discussed in greater detail.

Kaeding was brought on board to help better define criteria when it comes to USST nominations. One thing is clear, the new criteria spells out in detail the performance benchmarks both senior and junior skiers should meet to receive USST member status.

The new USST criteria include objective criteria for A, B, and D-team status based on an athlete’s year of birth (YOB) and the minimum World Rank an athlete should have at a specific age. This is referred to as age-weighted criteria. For example, if an athlete was born in 1995 and is 24 years old by January and their World Rank is 20th or better, they’ll be an auto-nomination to the A-team.

Kaeding discusses in the podcast the data-crunching basis for the reliance on World Rank and an athlete’s YOB when it comes to the objective criteria. In his blog post, Grover wrote the following regarding the use of World Rank:

“The USST staff has spent much of the past year examining data from major championship medalists over the past decade, and have found that world rank is often the best indicator of who is on the path towards a future medal.”

Additionally, any skier with a top-six result in a sprint or distance World Cup race punches the A-team ticket too.

B-team objective requirements are less stringent. World Rank and YOB benchmarks are detailed. Further, an athlete born in 1996 and scoring an individual top 10 at the 2019 U23 World Championships is an auto-nomination to the B-team.

D-team objective criteria have been both broadened and tightened. First and foremost, an athlete will have to be under 23 to remain a D-team athlete for 2019/2020.

U23 World Championships results qualifying an athlete for the D-team have expanded to include an individual top 10 at U23s for an athlete born in 1997 or 1998. And any athlete at World Juniors placing in the top 10 moves onto the D-team. The old requirement for D-team nomination based on U23 and World Juniors individual performance was a podium finish.

World Rank and YOB benchmarks are included in the D-team objective criteria.

Coaches’ discretionary selection to the B and D-teams remain a possibility. The language under the Discretionary Selection Policy section is similar to recent editions.

To contact Grover and Kaeding directly, they provided their email addresses: