“Everyday has been a new adventure,” were the words from the U.S. Ski Team’s (USST) Kevin Bolger as he summarized his first full-time season on the World Cup. At twenty-six-years-old, Bolger is a relatively new face on the team’s evolving crop of sprint skiers. He was re-nominated to the USST for a second consecutive year this past May.

Bolger’s ski path took him to Sun Valley for two seasons as a post-graduate skier. He matured physically and mentally to earn a roster spot on the University of Utah ski team and race in four NCAA skiing championships. Then he popped a classic sprint National Championship win in 2017. The following year he raced his first World Cup in Lahti, Finland — where he placed 11th overall. 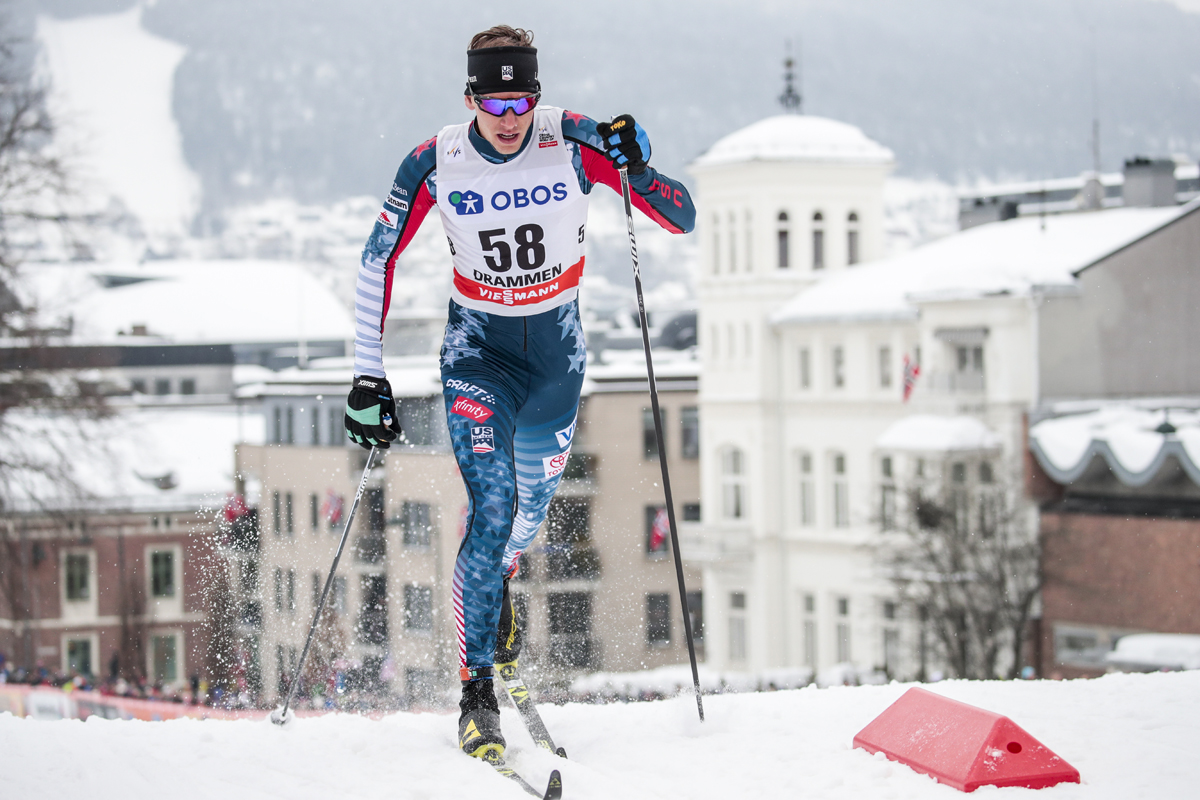 Like any good younger brother, Bolger traveled abroad to visit older sibling Conor. The elder brother was pursuing a PhD in Trondheim, Norway.  As a developing collegiate skier, the future USST athlete spent summers training with some of the fastest skiers in Norway.

Along with his current zippy speed, Bolger is the big-man of the USST as his 6’4″ frame fosters big lever power.