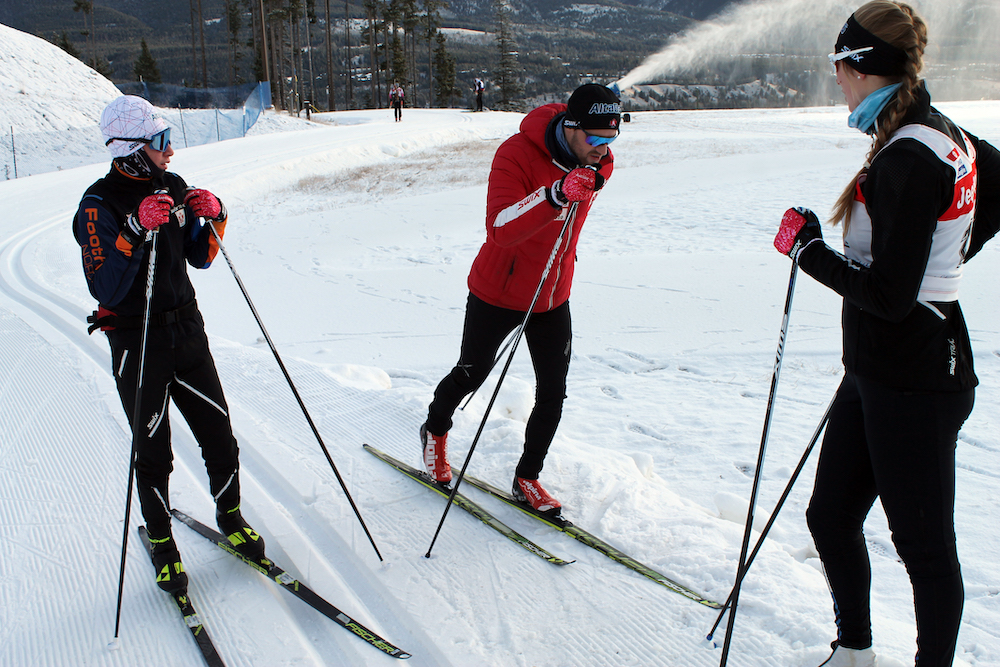 When Cross Country Canada announced last March that they would be rebranding as Nordiq Canada, they were emphatic the new name was a symbol of their readiness to make changes.  Those changes are starting to happen.

One holdover from last season is Erik Bråten, the young Norwegian brought in to shape the development pipeline. After one year on the job, Bråten is still enthusiastic and now the sole head coach.

Louis Bouchard has stepped down as National Team Coach, reverting to his preferred role at Centre National d’Entraînement Pierre Harvey (CNEPH). The role of training centres in Canada is shifting and there appears to be more change coming.

Nic Lemyre, who served as a part-time High Performance Director on a one year contract, has moved on. Joel Jacques — long time waxer, logistics manager, and long-ago racer — will take over as acting HP manager for the Olympic program while Kate Boyd has the same role for the Para program.

Dave Dyer, the long serving events lead and a perennial presence at Canadian races, is sharing that role with Jeff Ellis this year. Ellis will take over the travel and race jury duties this year before completing the transition to take over the Event Director position for next season.

For the first time ever, Canadian Championships will be combined with US SuperTour finals, a continuation of a trend towards hosting joint NorAm/SuperTour events and attemptig to raise the level of competition in North America.

The most visible changes are likely to be the Canadian presence on the World Cup. With the retirement of Alex Harvey and Lenny Valjas, Canada can no longer expect regular podiums and consistent top ten finishes. Harvey’s retirement announcement also resulted in a large change in funding for the national program, with Own The Podium dropping the sport and bringing an end to the richest period in national team history.

In the new world of financial scarcity and likely fewer podiums, the program is focused on bringing athletes up to the same performance level as the Para program.

For this and future years, the athletes nominated for World Cup period 1 will based based on the previous season’s results, allowing athletes to plan ahead and avoid peaking for qualification races in October. The selection criteria boils down to World Cup top 30’s and COC leaders. Period 2 selections will be based on results, with at least one top 30 required to stay in Europe for the next period.

For an athlete to stay on the World Cup for a full season, multiple top 12 results are required. The net effect will be more top athletes spending more time in Canada, where they can help lift the level locally and also have a better training environment.

“The vision is to integrate various performance levels and stages of athletes: World Cup, senior development, and junior development, into one cohesive high performing Team where each athlete is learning, mentoring and being pushed by their team mates to reach their peak performance,” Nordiq Canada’s CEO Shane Pearsall wrote to FasterSkier. “We want our NST athletes to continually improve and challenge themselves year over year to reach their maximum potential and ultimately the World Cup and Olympic podium.” 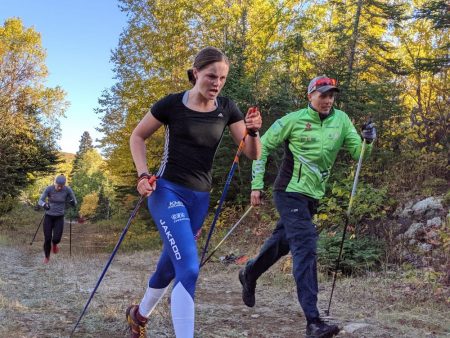 For period 1 this year, Dahria Beatty, Russell Kennedy, and Emily Nishikawa will be racing in Davos and Planica. Canada will skip the Kuusamo, Lillehammer, and the Tour de Ski. With the World Cup coming to Québec City, Minnesota, and Canmore in March, most athletes will get their World Cup opportunities closer to home.

“I’m not expecting anyone to be winning world cups this year, that would be a big step up,” Bråten said on the phone. “We still have Russell Kennedy doing 12th, even if it’s just one occasion, but it’s showing the level that he’s in on the best day. We’ve seen Dahria have plenty of World Cup points last year, and Lahti the year before. Katherine [Stewart-Jones] never did points, but she was top 30 at the World Championships. Of course, Emily was doing really well until she crashed in Cogne, she was top 20 with 1.5 km to go, before she fell and unfortunately had to go the hospital.”

Beatty scored World Cup points in Dresden and Lahti last season and added one more national title to her collection. Kennedy made the semi-final in the Cogne sprint last season. Nishikawa finished 25th overall in the Tour de Ski and was on her way to a best ever result in the Cogne 10km classic, moving up to 19th at the 8.1km time check.

The National Team is smaller this season, to match the smaller budget, with 8 seniors and 5 juniors. Add in Russell Kennedy, who is also a guide on the ParaNordic national team, and it is still a smaller and less experienced group.

Nishikawa is now the most experienced racer on the national team after nine seasons. Asked about her new role as a team leader at the end of a snow camp in May, she told FasterSkier “It’s been a natural progression. Just help the girls get the ski bags on the roof and make sure they’re strapped down well.”

Nishikawa is a quiet person, far more enthusiastic when talking about the upcoming Canmore World Cup than about her own successes. Asked about the season changing crash in Cogne, she said “It was bad, I couldn’t finish.” Behind all that quiet, she is the person the other athletes talk about when describing their transition into World Cup racing.

More detail on the staff, the structure, and the path ahead will follow.