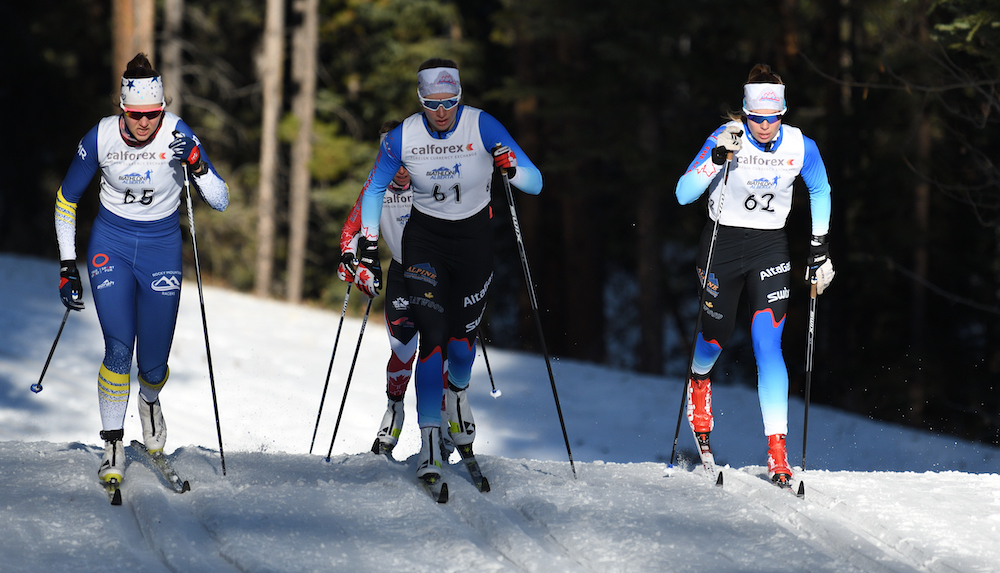 The unofficial kickoff to the western Canadian racing season was held on November 13th and 14th. The traditional King’s Court sprint and interval start distance races are now called Nordiq Thunder — a re-brand from Frozen Thunder – but the relaxed feel and clockwork organization remain the same.

With no trip selections on the line, the 93 sprinters and 105 distance racers were there to test their fitness and tune up for the races that matter.

While the results are less important, Canadian National Team coach Erik Bråten shared his impressions from the two days with FasterSkier.

“Not going to over analyze these results too much. But for the seniors, Dahria [Beatty] had two good days with a win and a second. Antoine Briand, Bob Thompson and Maya MJ [MacIsaac-Jones] all looked strong on the sprint and I am looking forward to see what they can do when the NorAms start up in a few weeks in Canmore. Sam Hendry and Jesse Cockney both did strong on the distance race. And Katherine SJ [Stewart-Jones] also looked strong and got an ok result on the distance despite that her coach messed up (me) and she thought she was doing 5 laps until it was 400m left on the 4th and actual last lap.”

The King’s Court sprint format mixes all the categories so the men, women, juniors, and paras all get three hard heats, with only the fastest four in each category getting a category-specific final heat. In distance, all males skied five 2km laps and all females skied four identical laps, which makes it easier to compare results.

“We are also seeing some juniors doing really good even in the open category so that is very exciting from a development perspective,” Bråten wrote. “Several interesting names there in both genders, but Tom Stephen was for sure looking super strong both days.”

The reliable schedule for snow at Nordiq Thunder allows athletes to plan their early season and also provides local skiers with weeks of quality training.

National Team member Sam Hendry, in his first year as a senior, made the trip from the University of Utah to get some early snow and spend time with Bråten, who collaborates with Utah coach Miles Havlick on his plan.

“It was really nice for me to have the chance to come home and ski on snow in Frozen Thunder especially with the lack of snow in Utah. Getting to complete two races is a great experience to have and a bit of an edge over other competitors when we arrive for the season start in Canmore,” Hendry wrote.

American Andy Newell made the trip from Bozeman, where he is training with the Bridger Ski Foundation, to test his recovery from last season’s back issues.

“I just drove up to Canmore from Bozeman for a quick trip just to jump in the Frozen Thunder races and will be driving home right after the race tomorrow,” Newell wrote.

“I like the Frozen Thunder races because they fit really well as the first starts of the year. There is always really good competition here, the race organizers are pro, but at the same time it feels pretty fun and laid back. It’s great to get a classic sprint in early because it can be so much different than rollerskis. After this I will be in West Yellowstone and back here in Canmore for the first SuperTours racing with BSF.” 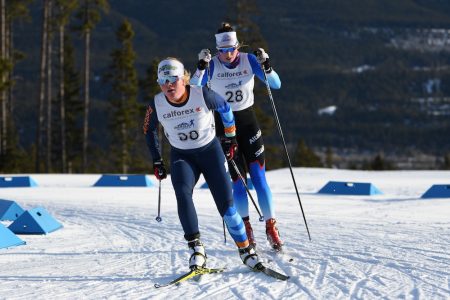 MacIsaac-Jones was one of the casualties when Nordiq Canada reduced the national team size to fit their reduced budget this season. The chance to train and race at home has to be welcome for an athlete who has reduced support this season.

“I’m really happy with the Frozen Thunder races,” MacIsaac-Jones wrote. “My race shape is getting closer every week and I’m feeling ready for winter. I’ve made some changes to my training, but what’s really motivating me is my goal to be competitive in World Cup sprint heats this winter. I joined AWCA this year and it’s been great being a part of a new team. I’ve put in a lot of consistent, hard work and I’m excited to see how the race season plays out!”

MacIsaac-Jones was also happy not to be talking about rehab, after a few seasons with injuries.

Nordiq Thunder Working for the Community

In it’s 10th season, Nordiq Thunder continues to draw western Canadian athletes to the farmed snow starting the third weekend in October every year. The loop may be small, ranging from just over 1km to 2.5km depending on the year, but the availability of high quality track setting every year is an essential part of many athletes’ preparation.

“The Canmore Nordic Center staff, they contribute about $85,000 in value in kind services, this includes the snowmaking, grooming and on the ground management,” Winsport’s Mike Norton confirmed from the FIS TD conference in Minnesota. The rest of the funding comes from 7 sport partners, Nordiq Canada, Biathlon Canada, the Alberta World Cup society, the Alberta Biathlon Training Center, Foothills Nordic ski club, Canmore Nordic Ski club, and Winsport Canada, along with a private donor, Gary di Silva. “These partners contribute approximately$70,000 in cash, this pays for the heavy equipment to deploy the 13,000 m3 of snow and any new sawdust needed for the insulation.” A cubic metre is pretty close to a cubic yard, for residents of Myanmar, Liberia, and the US.

“We learn a bit every year on how to make the snow deployment more efficient and cost effective,” Norton wrote, which is a bit of Canadian understatement for the significant progress made over the last decade.

Nordiq Thunder mornings are reserved for registered athletes with bibs, while the the afternoons are open to the general public. This helps with the crowding until more trails open and the regular season begins.

What is often overlooked in the focus on racing and elite athletes is that Nordiq Thunder’s farmed snow allows the Centre to focus their existing snowmaking capabilities on opening more trails, which provides a longer season to all skiers. While the elite skiers get all the attention, the entire community gains.

Photographer (and proud parent) Doug Stephen was there both days and has posted albums on Flickr: sprint and distance.  Athletes are welcome to download and use full resolution photos as long as they credit Doug Stephen (@vr45Photography). 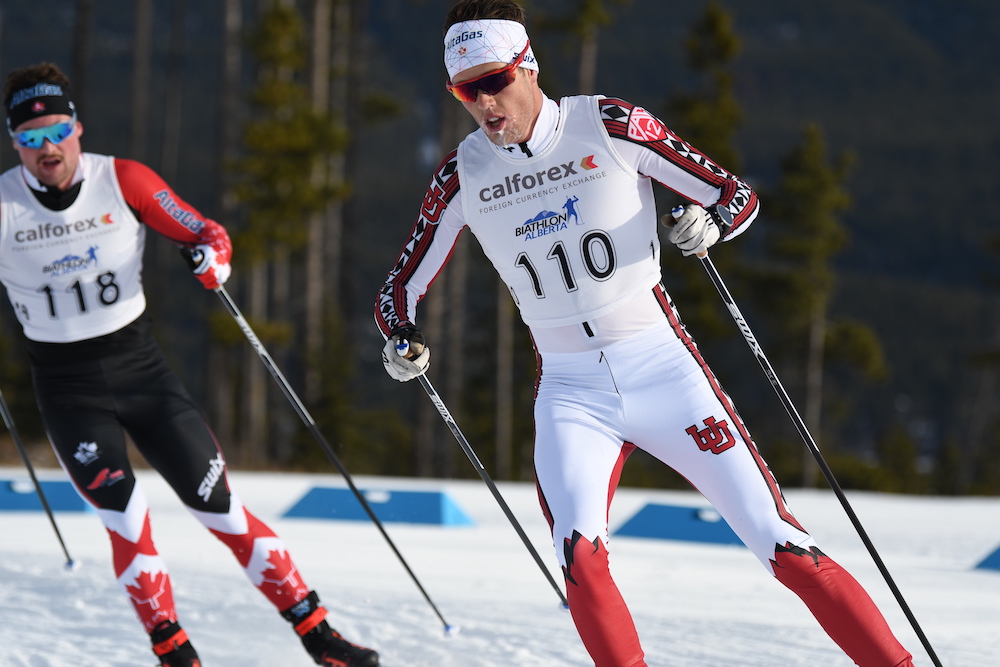