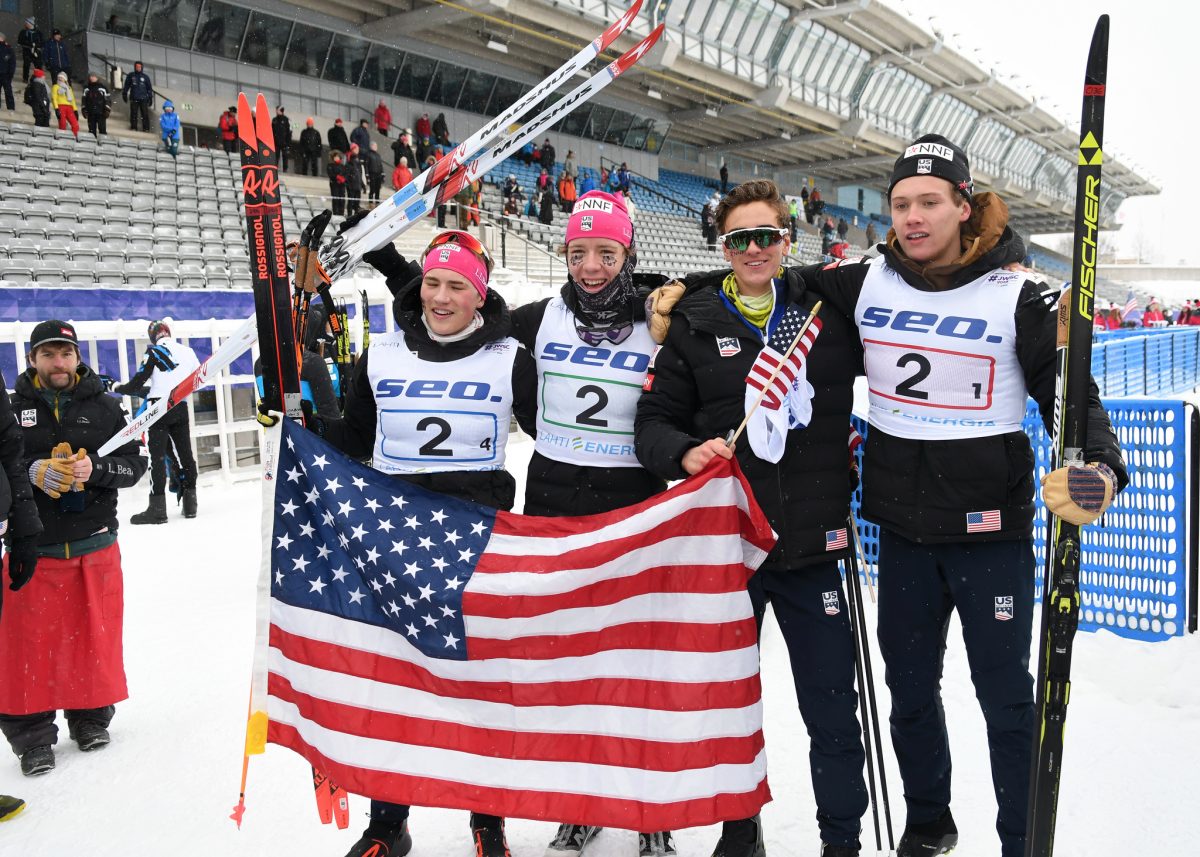 With the 2018/2019 season officially in the rearview, FasterSkier is running a series of articles highlighting some of the players and performances from the season. This honor goes to the most outstanding North American junior cross-country performance.

Lahti, Finland became a winter playground – in a Formula One kind of way- for America’s upstart junior skiers. Solid performances during the World Junior Ski Championships landed numerous skiers on the U.S. Ski Team’s Development team. (That story to follow next week.)

The obvious place to start is with this quartet: Luke Jager, Ben Ogden, Johnny Hagenbuch, and Gus Schumacher. This lineup took the men’s 4 x 5-kilometer relay win. With several articles already minted on their fine performance, we’ll forego the redundancy. Let’s just say these young men skied with poise and steel as they positioned themselves at the front of the race and in most instances dictated the outcome rather than respond defensively. This was no miracle on snow. It was a deserved result for the athletes and the considerable effort of their respective communities and a  U.S. Ski Team culture espousing confidence. 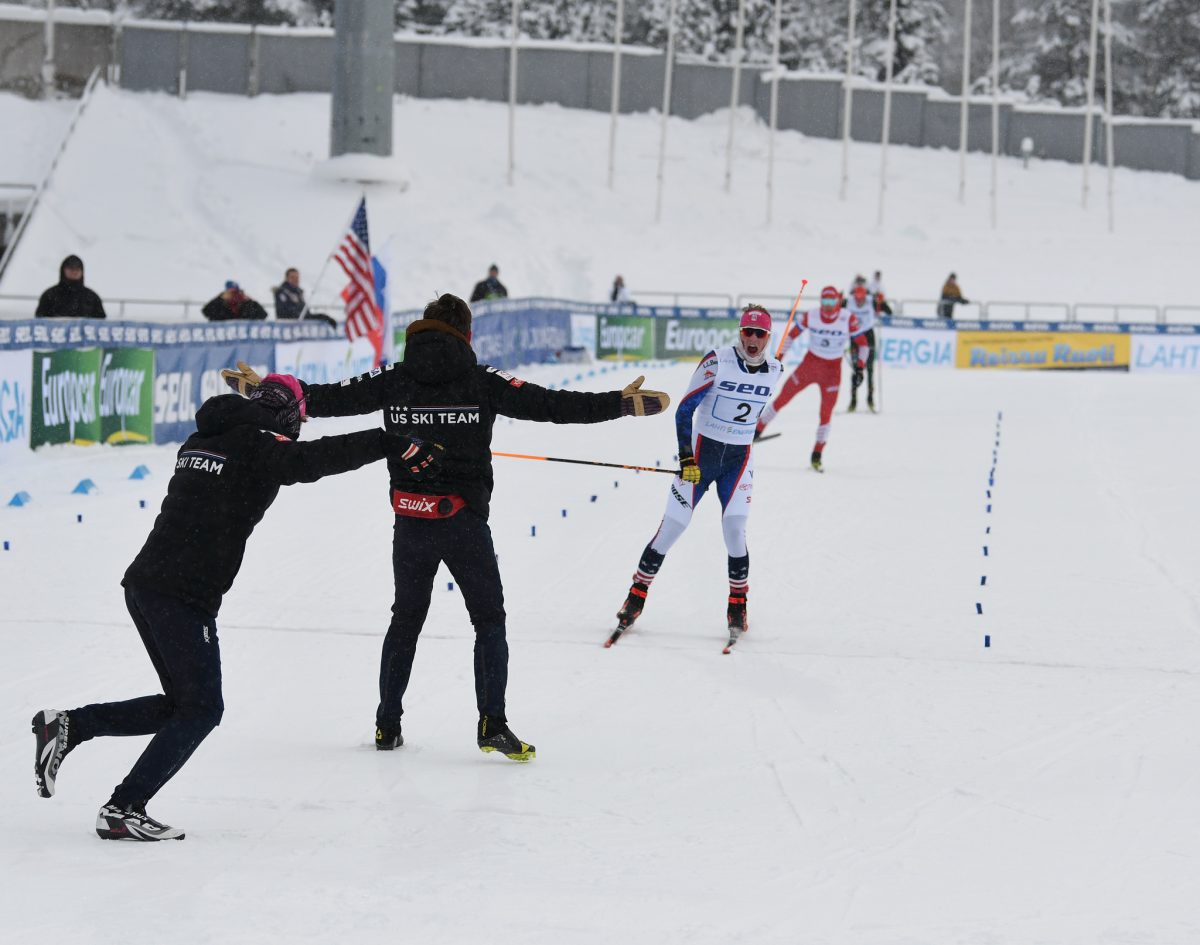 Gus Schumacher and the U.S. team in for the win during the U20 men’s 4 x 5 k relay at Junior Worlds in Lahti, Finland. (Photo: Doug Stephen)

If for some reason you have not watched this race and crust cruising is no longer a possibility, then link here for your viewing guide.

This is also the place to mention the performance of the U20 U.S. women. Mara McCollor, Kendall Kramer, Sydney Palmer-Leger and Novie McCabe placed fourth in the 4 x 3.3 k relay. With the youngest team in the field, these skiers finished 40.5 seconds out of first and 6.9 seconds off the podium’s third step. That third place team, Sweden, had ringer Frida Karlsson ski the second classic leg – her time of 8:48 nearly beat out both her teammate’s skate leg splits which were 8:49.2 and 8:46.3 respectively. (We digress and it was cold snow.) 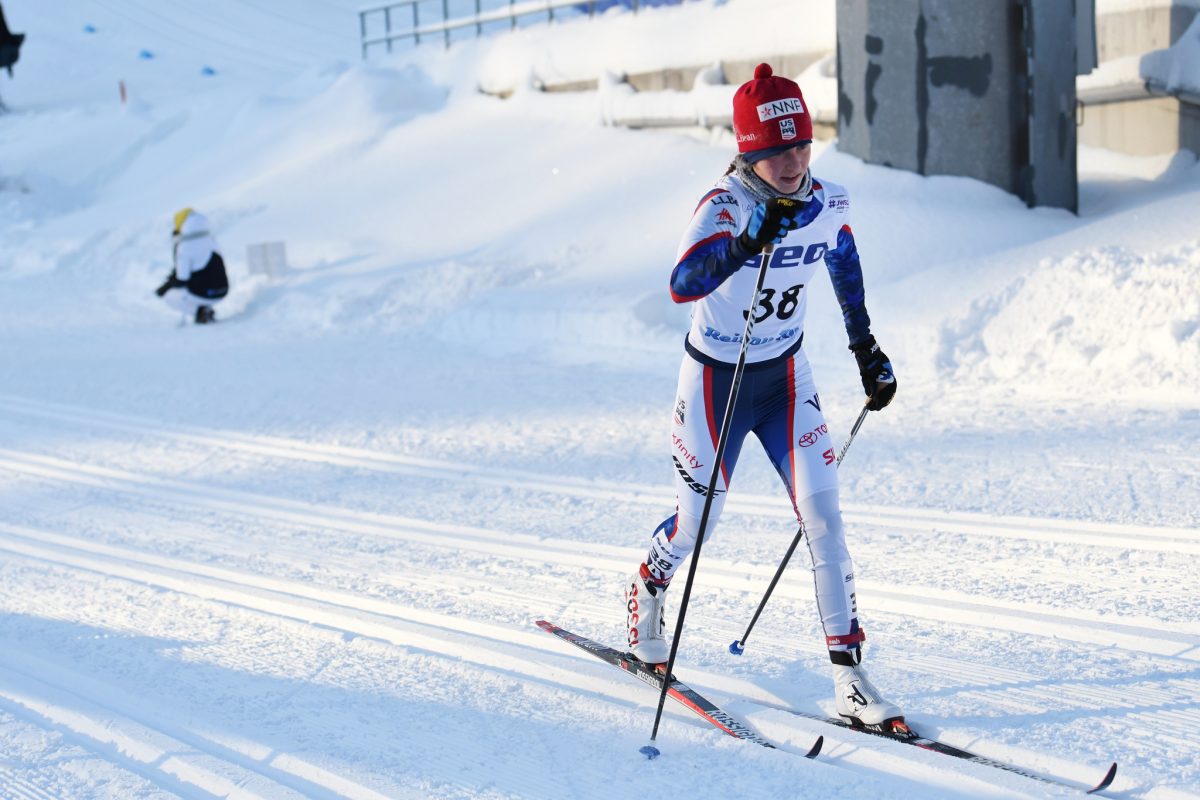 Kendall Kramer on her way to fourth place in the U20 15 k classic mass start at World Juniors in Lahti, Finland. (Photo: Doug Stephen)

This is not an exhaustive list or discussion of World Junior/U23 results. It remains a recognition of some fine collective U.S. performances with a definite nod to the U20 men’s 4 x 5 k relay team for the junior performance of the year.