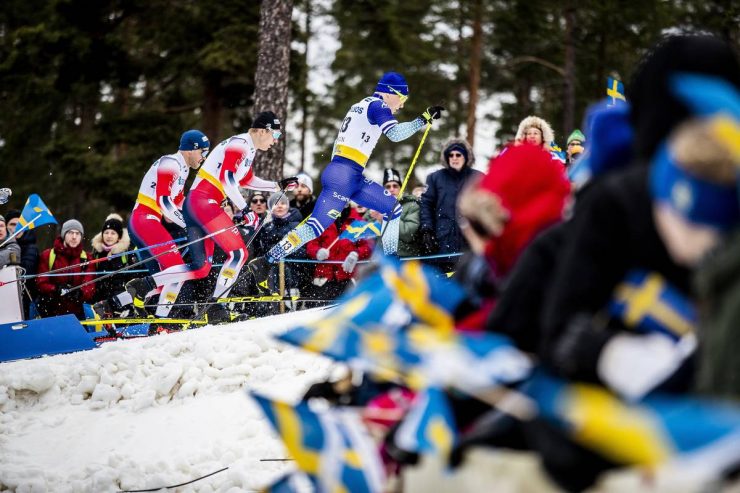 Erik Valnes of Norway (bib 1) and teammate Pål Golberg (bib 2), and Lauri Vuorinen of Finland, (l-r) during the quarterfinals of the classic sprint in Falun, Sweden. (Photo: NordicFocus)

Thousands of spectators, slate skies, and a manmade loop of snow laid down in the otherwise green-brown Falun, Sweden ski stadium greeted the World Cup on Saturday. After a weekend hiatus last week, racers contested a 1.4-kilometer classic sprint in one of Sweden’s skiing epicenters.

The main World Cup sprint star, Johannes Høsflot Klæbo, was absent. The twenty-three-year-old Klæbo broke two fingers last week. According to Norwegian broadcaster NRK, he will be reevaluated on Feb. 13. The fingers were broken while Klæbo and a group of friends were using a “boxing machine”. The game involved hitting a padded area that measures the force of impact. Klæbo’s gloved hand slipped off the pad and struck a hard surface adjacent to the pad.

Although considered a lock in classic sprints, Klæbo has won nine of the last 10 World Cup classic sprints — including five in a row — this would be a day for another skier to claim the win on a course featuring two significant climbs and twisting banked turns on the descents.

Erik Valnes of Norway notched the fastest qualifying time in 2:51:15, followed by teammate Pål Golberg 0.26 seconds back. Overall World Cup leader, Russia’s Alexander Bolshunov (23), the person who could pad his overall World Cup lead with Klæbo out, qualified in third (+0.51). 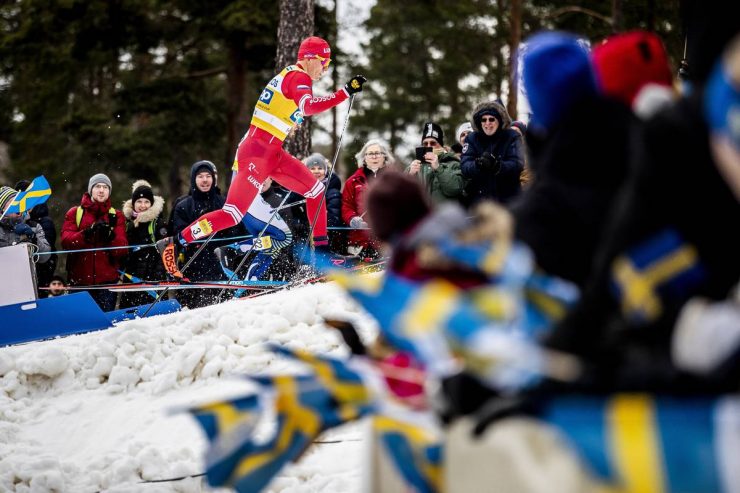 In the quarterfinals, it looked like the yellow overall leader’s bib had instilled special powers on Bolshunov. He won the third heat in 2:53.47. Although in a different lineup with five other skiers creating the context, Italy’s Federico Pellegrino won the second quarterfinal in a markedly slower time of 2:59.23.

The first semifinal featured Pellegrino, Bolshunov, Golberg, and Valnes as the main contenders. As the semi to watch, Bolshunov was the thoroughbred out of the gates. He led the double pole army of six over the top of the first hill as he began to string out the field. He then led the classic-run up the second climb, with Pellegrino, Valnes, and Golberg following in order over the top.

Again, Bolshunov hung on over the top with three other skiers towed along. Pellegrino eventually grabbed the lead on the final climb as he moved ahead of Bolshunov. Pellegrino won the speedy semi in 2:50.41, with Bolshunov in second (+0.10), Golberg in third (+0.40), and Valnes in fourth (+1.64). Golberg and Valnes would advance to the final as lucky losers. 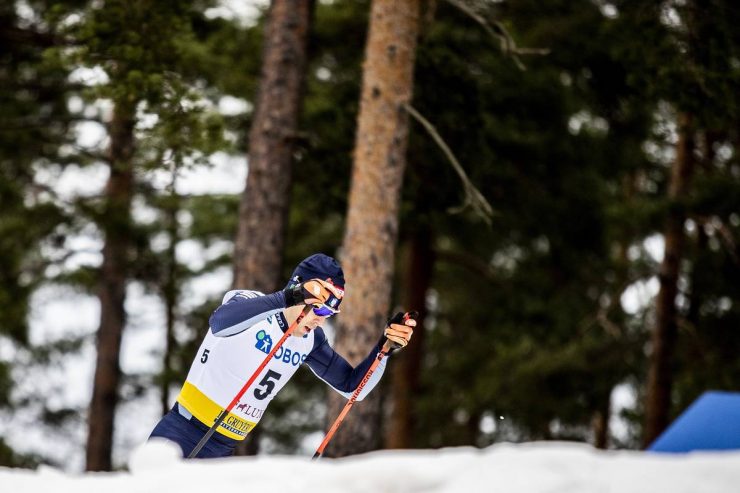 Bolshunov blazed ahead in the final. His double poling was peerless. His tempo up the first major climb was a mirror of his semi where he was first over the top and forced others to gap up.

On the second climb at 1:45, Bolshunov crested the hill in first with the others chasing. On the descent, with a long glide out lasting nearly 12 seconds, Bolshunov was caught as the leading foursome ran into the final hill before the finish.

Golberg led the charge followed by Valnes with Bolshunov and Pellegrino trailing a few meters back in third and fourth.

“My feeling was good today but I had a really tough semi final,” Golberg told FIS after the race. “So I expected the final to be tough as well so my tactic was to follow Alexander Bolshunov and fortunately I ended up with a bit more power. We had five Rossignol skis in the finals so something was definitely right today.” 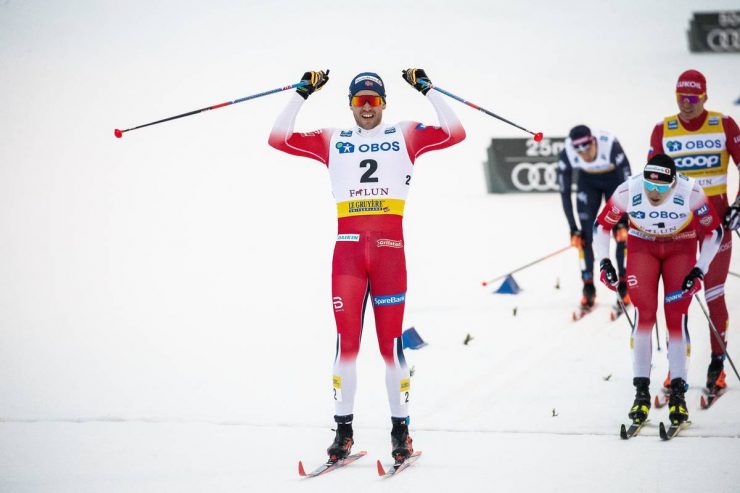 Pål Golberg (NOR) for the classic sprint win in Falun, Sweden. (Photo: NordicFocus)

Bolshunov, who leads the overall with no threat from Klæbo in the near future, he was disappointed with his day. “I am not too happy with today’s result as I was expecting more of myself,” Bolshunov told FIS. “But something did not work out as I was not able to speed up more and go away from my opponents and therefore it would have been good for me if there would have been one more heat so that I could have pulled everything out or maybe if the course would have been longer, then I might have pulled it off.”

According to U.S. World Cup Coach Matt Whitcomb, Simi Hamilton is recovering from a back injury and will miss this weekend of World Cup racing.

“There is no painting any way other than what it is, it was just a bad day,” said Whitcomb. 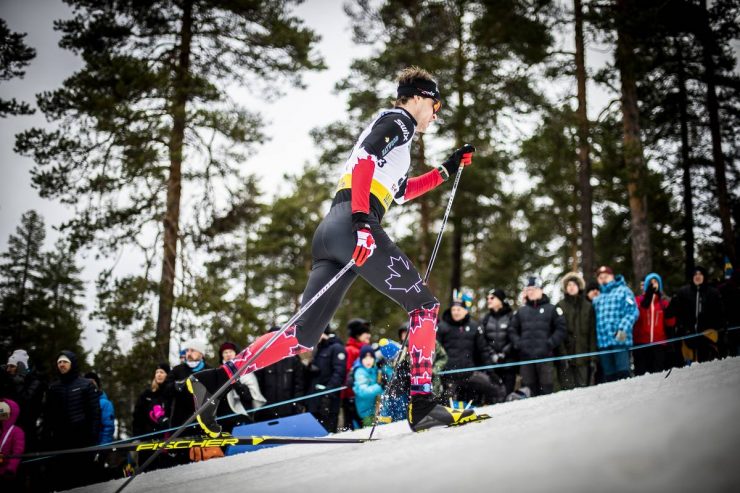 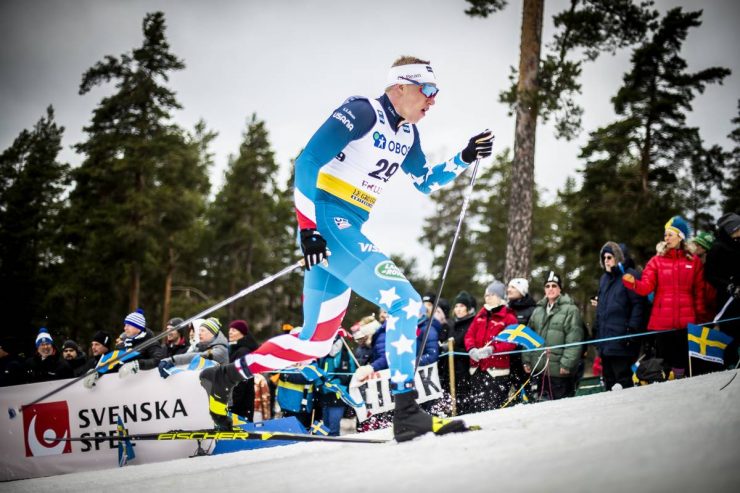 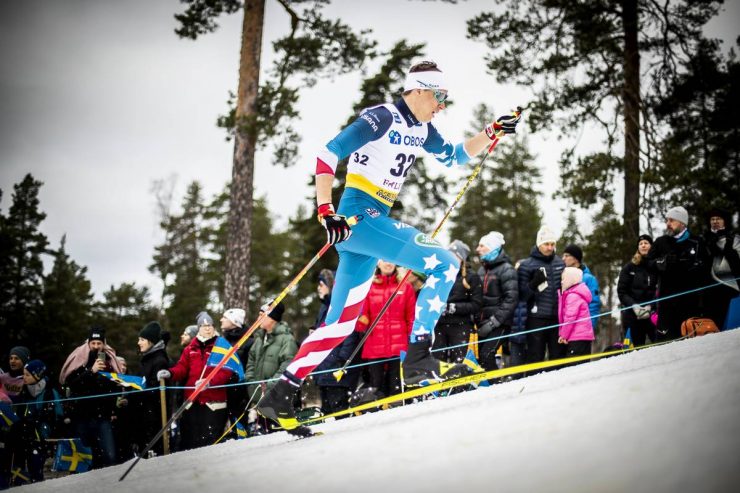 Britain’s Andrew Young qualified for the heats which was a career first in a classic sprint. He placed 19th overall. 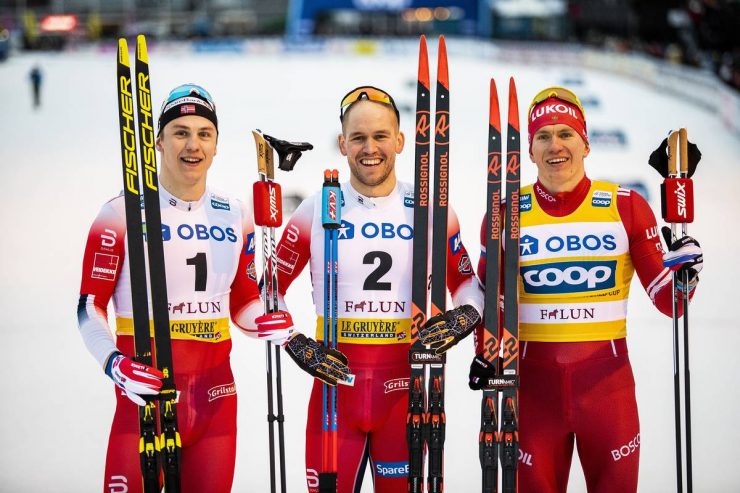