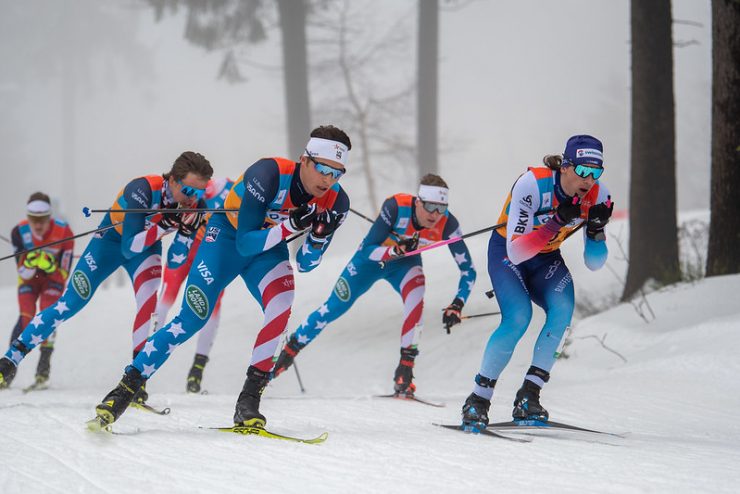 The monochromatic backdrop during the junior women’s sprint was the persistent theme in Oberwiesenthal, Germany  — it bled right into the World  Junior men’s 1.3 k freestyle sprint. For U.S. fans, in particular, this first event of four for the junior men possessed an element of tension. The tension, for those that follow, was seeded last year with an unequivocal success story that was the U.S. junior men’s run at the 2019 Junior Worlds in Lahti, Finland. The final collective chapter there capped with the 4 x 5 k relay win.

Today, again, was full of promise, and perhaps the pressure that comes with being a known quantity – otherwise called podium favorites, at this year’s event.

Let’s start with Jager. He looked strong in the first quarterfinal, in which he was grouped with Schumacher and Schoonmaker. Leading into a short punchy hill, Jager appeared to lose his footing and tripped, coming to a standstill. He recovered to place fourth in the heat but was eliminated. Schumacher skirted by Jager when he stumbled and took the win. Schoonmaker was third and did not advance.

Ogden, in the fifth quarterfinal, cruised. He won by 2.32 seconds in earning his semifinal spot. 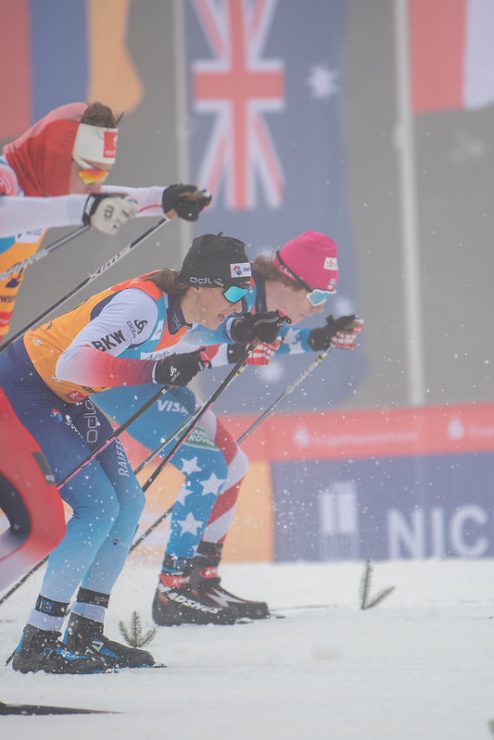 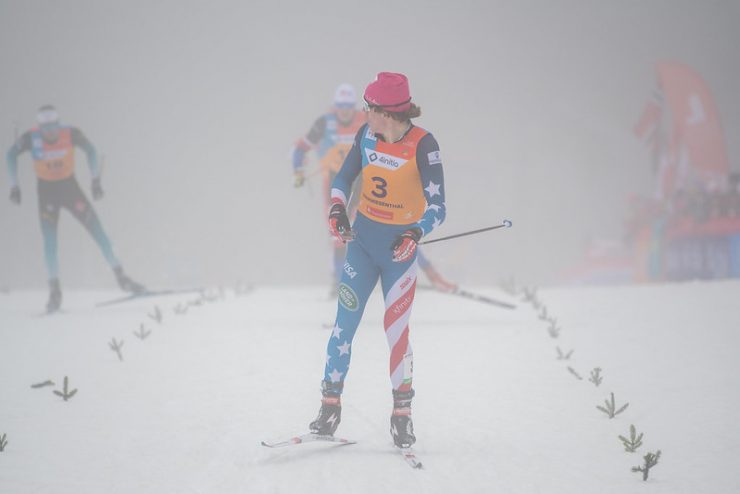 In the first semi, Schumacher pushed from the back portion of the pack – never finding enough room to seize an opening. He came down the stretch positioning himself into third, 0.46 seconds back. However, in the slower of the two semis, he was unable to advance as a lucky loser.

Ogden placed third in the second semi to take a lucky loser spot in the final. But Ogden, racing the fifth quarterfinal, and with a quick turnaround into the semis, ran on fumes in the final. He placed sixth in the final, 17.62 seconds off the winning pace of Norway’s Ansgar Evensen who won in 2:33.44. Switzerland’s Valerio Grond placed second (+2.32), and Germany’s Maxim Cervinka third (+3.21). 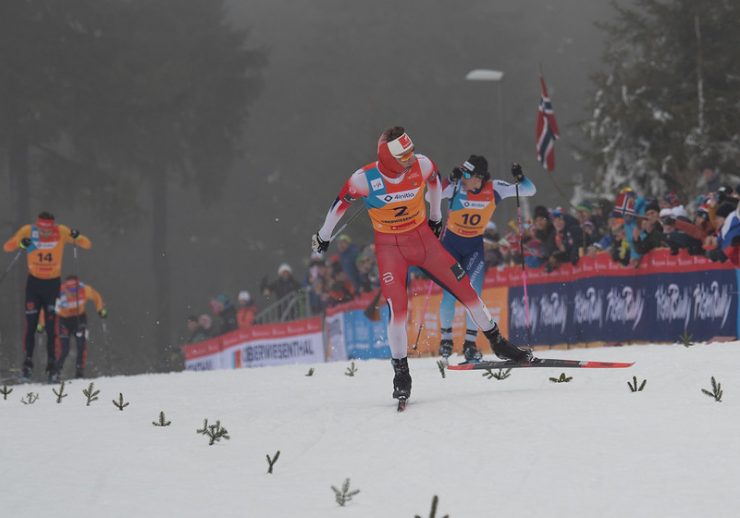 In the final standings, Ogden was 6th overall, Schumacher 7th, Schoonmaker 13th, and Jager 18th. A stout day collectively for the American foursome. 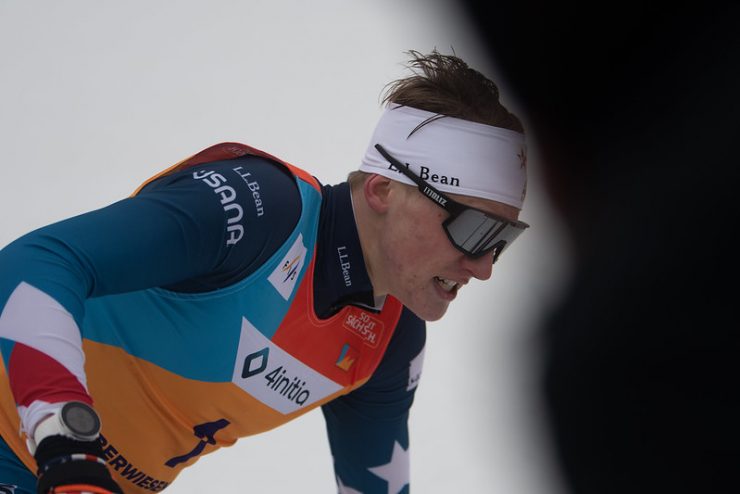 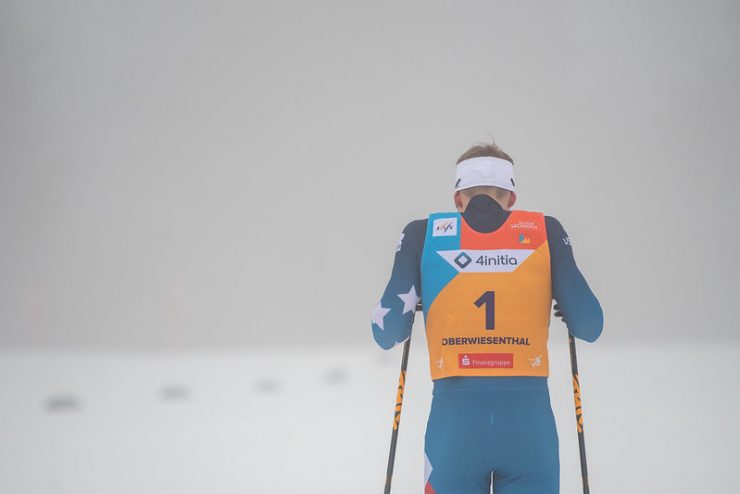 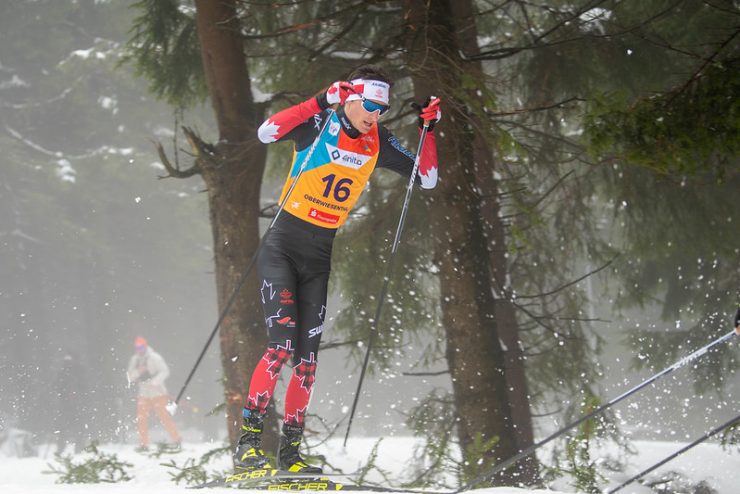